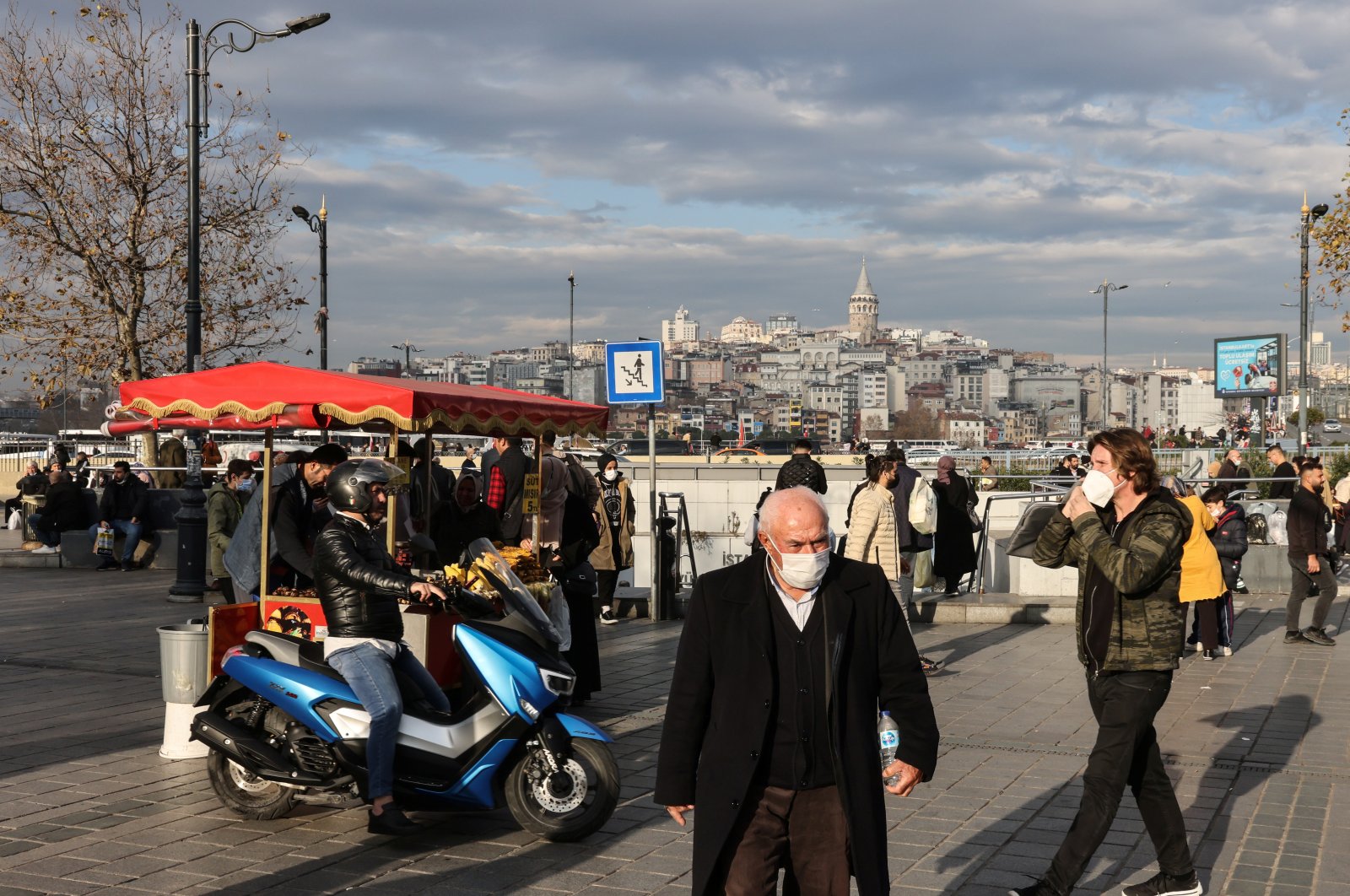 With daily cases declining, Turkey’s vaccination campaign and existing measures appear to be slowing down the spread of coronavirus, with fewer people testing positive amid concerns that winter could add to pandemic woes

More than 121 million doses have been administered by Turkey since the beginning of its vaccination campaign in January 2021. The campaign, coupled with adherence to mandatory mask and social distancing measures, is bearing fruits for the country’s struggle against the pandemic.

Despite the arrival of winter when cases increase, the infection rate in the country has declined. The distribution of the cases throughout the country has also remained unaffected. Though Anatolian cities have higher weekly cases, 45% of current cases are still in the northwestern Marmara region, where the country’s most populated city Istanbul and industrial hubs are located.

After a period where the number of daily cases fluctuated around 29,000, the figures are somewhat stable nowadays, remaining below 25,000 mostly. On Tuesday, 22,687 people tested positive and 198 people succumbed to the deadly infection.

Overall, figures show that the rate of positive COVID-19 tests dropped below 6%, after two months of higher rates. The rate declined to 5.7% this week. “Active” cases, however, which include the number of people still hospitalized and in isolation show no sign of dwindling. The country has nearly 400,000 active cases.

The latest weekly figures for cases per 100,000 people had put southern provinces at the top of the list with most cases. Yet, the Marmara region leads with almost half of the cases while eastern Turkey where the vaccination rate has long been low, has the lowest share, at 1.9%, in the total number of cases. The concentration of cases in Marmara is linked to the population density and high use of mass transit.

Turkey is also on alert against the omicron variant which is spreading across the world after first emerging in South Africa. Though Turkey does not have any cases of the variant so far, most of Europe and Turkey's western neighbor Greece have reported omicron cases.

Ankara was quick to impose travel bans from and to countries with variants but concerns are high as some countries reported that the variant was in circulation already before South Africa reported the first case. Most recently, Tunisia had reported an omicron case from a Congolese passenger traveling from Turkey.

Experts say omicron, like delta and delta plus, may emerge in Turkey soon. No concrete data is available yet on the impact of omicron or if it's deadlier than previous variants but it spreads as fast as earlier incarnations of coronavirus according to initial findings. In South Africa, for instance, the number of cases increased by 478% in one week. Turkish experts say that a single omicron case may lead to at least 20 cases in a few days.

Mass vaccination is viewed as the only way to stop the pandemic in the country which lifted all lockdowns last summer. Apart from mandatory masks and routine check of polymerase chain reaction (PCR) tests for the unvaccinated, Turkey does not have any severe pandemic-related restrictions. Authorities ruled out blanket restrictions even as the number of daily cases neared 30,000 earlier this autumn.

Health Ministry’s Coronavirus Scientific Advisory Board is not considering new measures against possible omicron cases. The board may review measures based on omicron’s possible burden on health care according to emerging scenarios. Still, strict lockdowns are not on the agenda of the government. Instead, authorities will likely seek ways to boost the vaccination, restrict the unvaccinated from more venues and increase inspections of mandatory masks and social distancing rules.

Though the vaccination gives protection, a medical expert warns that infected people who were vaccinated earlier still pose a risk as "carriers" and highlights the need for more measures. Processor Mehmet Ceyhan, a children's infectious diseases expert, told Demirören News Agency (DHA) on Tuesday that vaccinated individuals were not quarantined when an infection was reported in a household and this was "wrong."

"A vaccinated person can very well be infected because of infected people he or she shares a home with and infect others even though he or she does not have symptoms. We have to isolate everyone who came into contact with a COVID-19 positive patient, regardless of their vaccination status," he stressed.

Ceyhan said although Turkey has a lower number of cases, it is still in the "fourth wave" of the pandemic. "We need to maintain mass immunity, at a level of more than 80% of the population," he noted. He also pointed out a slowdown in the vaccination program.

"We used to have 1.5 million doses administered daily and today, we see the number of first-dose vaccines administered daily dropping to 60,000 and sometimes, 50,000," he lamented. Turkey boosted its vaccine supplies last summer and opened up its vaccination program to almost all ages. Yet, a vaccine hesitancy, fueled by online campaigns of anti-vaxxers, contributed to the slowdown Ceyhan pointed out. The professor says PCR tests asked from the unvaccinated may not be a solution.

"This should not be presented as an alternative to the vaccines. Even the best PCR tests are half accurate in detecting infections. We have to impose new measures forcing people to get vaccinated," he said.