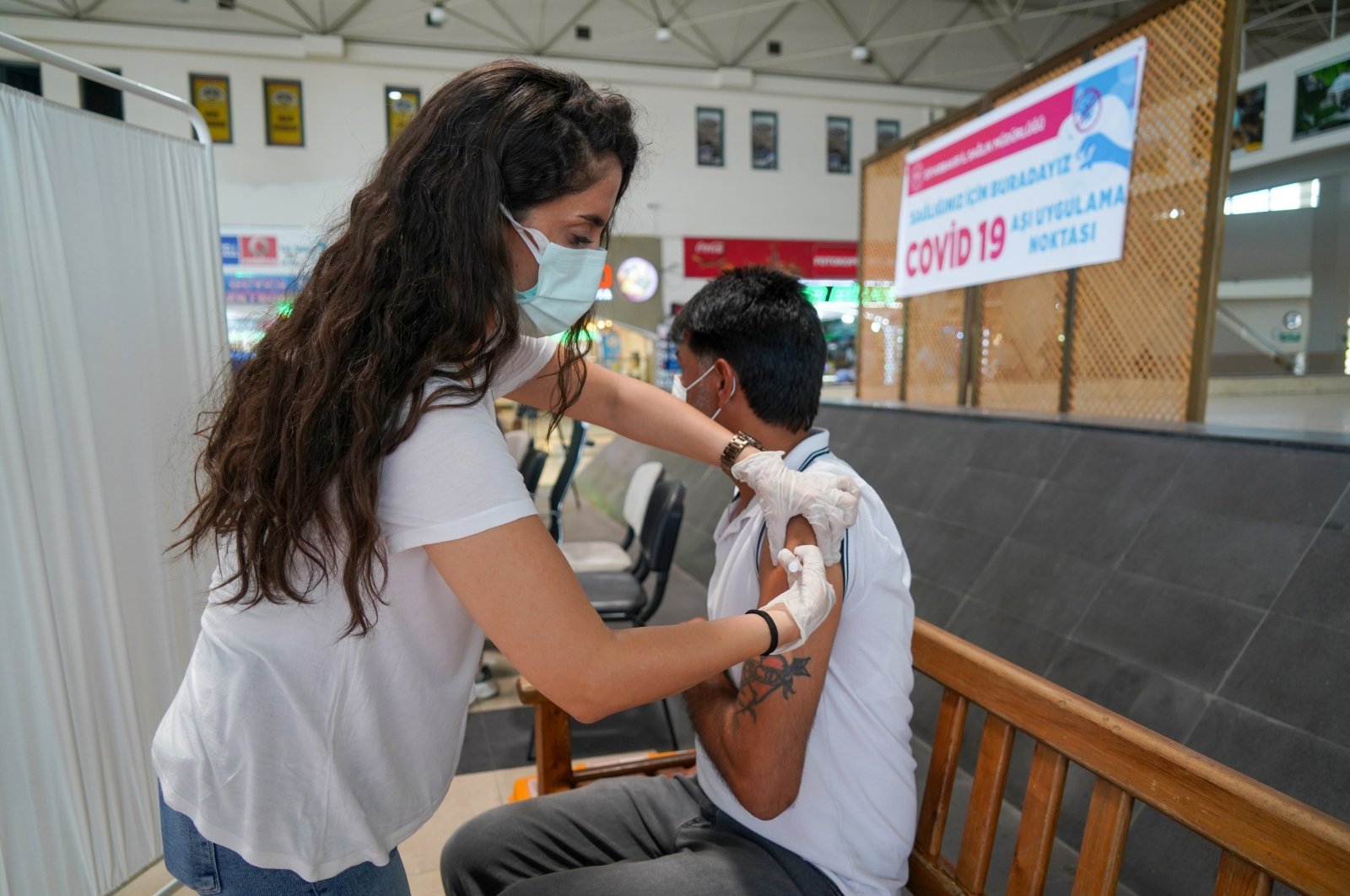 Reluctance to get COVID-19 jabs persists in Turkey, despite the door-to-door efforts of local officials and Health Ministry crews to reach out to the public, shoot down conspiracy theories and convince them to get vaccinated

The ongoing vaccination campaign is slowly relieving Turkey of the heavy burden of the coronavirus pandemic. The drive, which reached more than 55 million doses, is hindered by lingering hesitancy among the public, despite assurances from authorities of the safety and efficacy of the currently available Pfizer-BioNTech and CoronaVac jabs.

The Health Ministry has been employing “vaccine persuasion crews” consisting of doctors and nurses, going door to door to talk to people who have not received their jabs yet. The efforts to convince skeptics continue at a time when the vaccines are available for everyone at the age of 18 and above.

In the eastern and southeastern regions of the country, mobile crews work hard to convince all residents still without jabs, especially in Diyarbakır, Bingöl, Siirt and Şırnak, which are among the 30 provinces where less than 55% of eligible citizens have received their first doses. Officials lament false beliefs, conspiracy theories perpetuating on social media causing vaccine hesitancy among people.

One concern is low vaccination rates among the youth. Their reasons not to take jabs vary, but most often, it is a lack of knowledge about vaccines and fake news circulating on social media.

Dr. Cihan Tekin, head of Directorate of Health in Diyarbakır, says 518,000 people were administered two doses and more in the province of about 1.8 million. He added that their goal is to bring the number to 1.1 million at least. The directorate took the vaccination everywhere, instead of confining it to just hospitals and clinics.

Similar practices are applied across the country to promote the campaign. Vaccination stands are set up at shopping centers, at the airport, bus terminals, train stations and parks.

Tekin says “disinformation” on social media is a challenge for their work. “People falsely believe that the vaccines cause infertility or heart diseases. So, they question the vaccination. We try to convince them that the vaccination is our biggest weapon to end the pandemic,” he told Anadolu Agency (AA) on Thursday.

Those false beliefs are more prevalent among the youth, who constitute the majority of the population in regional provinces. Dr. Mehmet Emin Gündoğdu, head of the Directorate of Health in Bingöl, says their vaccination rate is low compared to other regions of the country. He points out “resistance” among the youth to the vaccines, though he acknowledges that they managed to “break their prejudice a bit.” Yusuf Taş, a Bingöl resident, says they are concerned about the course of the pandemic due to the low level of vaccination in the province.

In Şırnak, which long led the list of provinces with the lowest number of coronavirus cases, mobile crews and vaccination tents set up across the province look to attract more to the inoculation drive. Loudspeakers at the mosques repeatedly blare messages calling people to get their jabs. Health care crews distribute leaflets on the necessity of vaccines to the faithful every Friday, when the mosques are filled for Friday prayers. Dr. Ismail Başıbüyük, head of the local health directorate, says they have 372 crews in the field, going door to door and trying to convince people to get their jabs. Once convinced, people are offered vaccines at their homes.

In Van, health care crews target coffee houses, the traditional hangouts of locals, to mobilize more people for vaccination. They also visit remote rural areas, far from vaccination venues in central Van or its towns, to vaccinate the public. So far, 124,000 people have been vaccinated. The vaccination rate in the province exceeded 43%. The daily number of doses administered occasionally reaches over 1 million as the country hopes to achieve herd immunity before the end of summer.

Since last month, the campaign, which first covered health care workers and senior citizens, has been open for all citizens aged 18 and above. Previously requiring an appointment taken at least a few days before, vaccination is now available with a same-day appointment. In some less crowded places, no appointment is required at all. The government also enlisted celebrities to urge people to get their vaccination in a series of ads. The campaign is important as experts say the danger is still not over in the pandemic.

Professor Şebnem Korur Fincancı, who heads the central council of the Turkish Medical Association, says social solidarity is the “responsibility of everyone” for vaccination. Speaking at an event in Ankara on Wednesday, Fincancı warned that it is not the time to “relax” in a pandemic that is still “not under control both in the world and Turkey.”

“The most critical social protection measure is vaccination. All public resources should be mobilized for swift, efficient and safe vaccination of everyone,” she said.