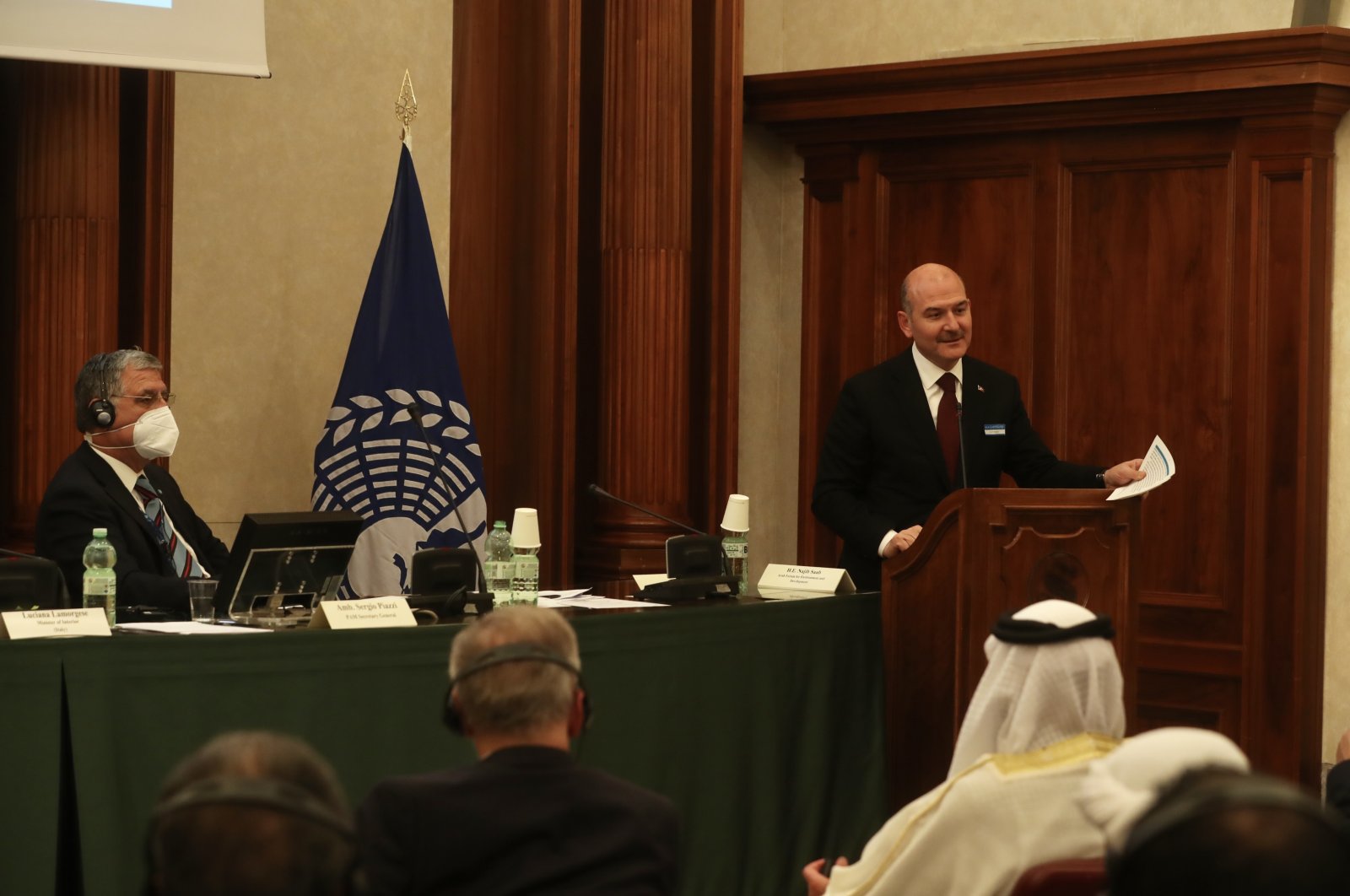 A mobile application appraised for its contribution to Turkey's efforts to curb domestic violence and violence against women has been awarded at the Parliamentary Assembly of the Mediterranean in the Italian capital Rome.

The Women’s Emergency Support Application (KADES), developed by Turkey’s Interior Ministry and introduced in 2018, provides women with a hotline to report such violence and direct law enforcement officers to the scene. The app was awarded for its contribution within the scope of hotlines and apps deployed during the COVID-19 pandemic.

Speaking at the award ceremony at the library of Italy's Senate, Interior Minister Süleyman Soylu said that KADES is only one example of the precautions taken by Turkey to prevent violence against women.

"Thank you very much for honoring KADES with an award at an international level. Receiving an award has given much greater responsibility to our colleagues who have worked hard for this application and successfully implemented it. The main reason for this responsibility is not the award, but the fact that we can meet on common ground because violence against women is a crime against humanity,” Soylu said.

A special law on violence against women, full coordination between police, gendarmerie and governors, coordination between related ministries and public institutions, deployment of a 75-article action plan and monitoring board, countrywide training that reached 309,000 personnel in the past two years and academic research were some of the other measures Turkey introduced to combat violence against women, Soylu explained.

Calling the issue a global problem, Soylu said this "sincere and solution-oriented cooperation” will contribute to increasing international cooperation on other humanitarian issues such as disasters, climate, migration, drugs, terrorism and cybercrime.

The minister also told reporters that so far, nearly 2.8 million women have downloaded the app, which is available in five languages. So far, 248,000 reports to the authorities were made using the app, and among these, 138,000 turned out to be reports related to violence, which were responded to by law enforcement, Soylu noted.

Separate training to raise awareness was also carried out at the national 112 emergency hotline, which was recently unified to cover all such hotlines as a pilot project.

Soylu also pointed to the success of the ankle monitor and transmitter system and infrastructure that allows fast intervention to possible violence cases. So far, 1,000 ankle monitors were deployed and the devices are currently worn by 278 people, the minister said.