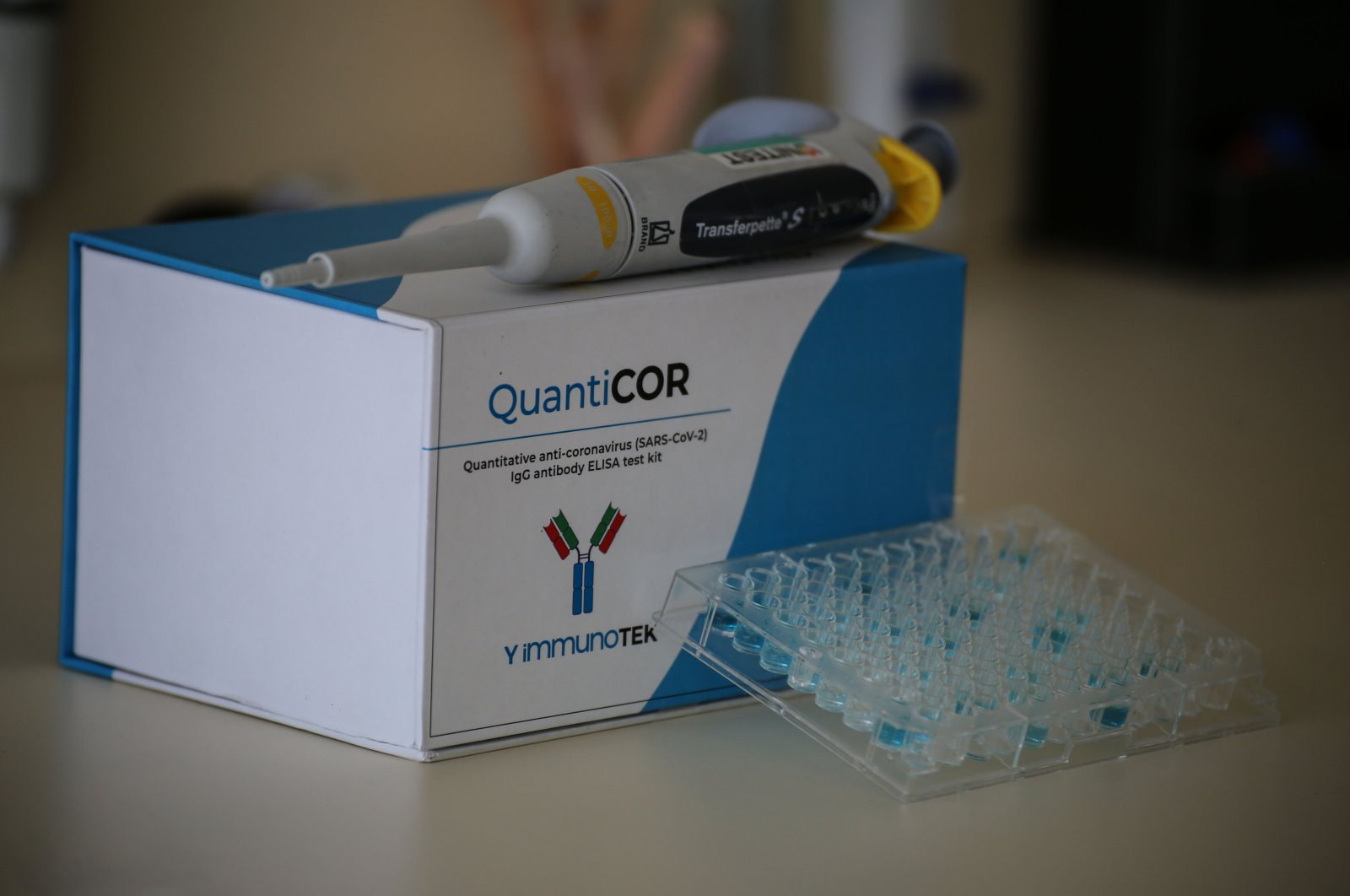 The test kit, called “Quanticor,” is ready for mass production after successfully passing the Health Ministry's safety and accuracy tests.

The kit comes at a time the country is struggling to contain the number of COVID-19 cases. Developers say the kit will allow them to complete mass antibody tests within two weeks in a medium-sized city. Antibody tests are critical in determining a specific community's mass immunity levels, a key indicator of resistance to the pandemic.

The scientists have already founded a company in Malatya, where Inönü University is located. They hope that it will replace the foreign counterparts currently being used in the country.

Professor Sedat Yıldız, one of the developers, said they started working on the kit some 16 months ago and it was compliant with the criteria set by the World Health Organization (WHO) and the United States.

“The kit allows us to detect the antibodies that developed both after the infection and vaccination. It gives us the exact level of antibodies, giving us a clearer idea on a vaccine's longevity and whether a vaccinated person needs another dose,” he said.

Since the coronavirus outbreak made its foray into Turkey last year, Turkish scientists have been working both on drugs and vaccines against the deadly disease. Most recently, a group of scientists received approval from Health Ministry for a rapid test kit.