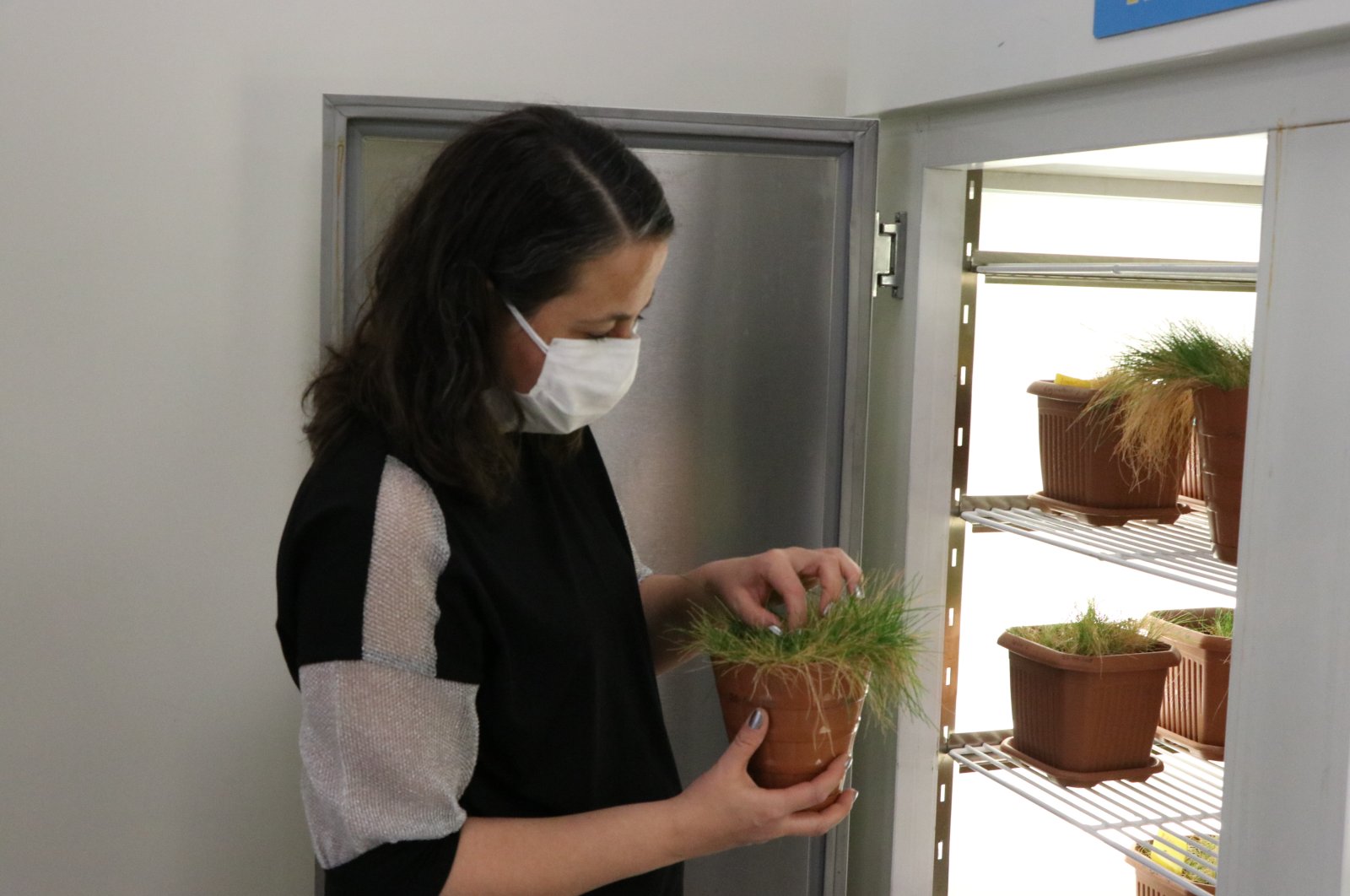 Turkish scientists are reaping the fruits of their labor from a 2019 expedition to Antarctica. The Antarctica hair grass they encountered on the visit is the subject of their new study. Incorporating its genetic material into wheat, they hope to make it more resistant to extremely arid and salty environments.

A Turkish team spent 30 days in Antarctica in February 2019 as part of the Third National Antarctic Science Expedition, supported by the Turkish Presidency, the Industry and Technology Ministry and Istanbul Technical University's (ITU) Polar Research Center among other institutions.

During the expedition, the team obtained Antarctic hair grass plants from eight different locations. Their samples were kept in a protective environment at Niğde Ömer Halisdemir University in the central province of Niğde.

"The plants have been growing healthily for the past two years. At the same time, we took their seeds and undertook tissue culture studies. We made a test to use these plants in landscaping in the cold environment of Niğde," Zahide Neslihan Öztürk Gökçe, an academic at the Faculty of Agricultural Sciences and Technologies of university, says. She added that the plants continued to grow when they were put in a cold place without any sunlight.

Gökçe explained that Antarctic hair grass is related to barley and wheat from the Poaceae family of plants, including the cereal grasses. It grows in the most nutrient-scarce, arid, salty environments due to Antarctica's abundance of seawater. She said the scientists aim to pass this quality of grass to agricultural plants, adding that there are plans to use the DNA or the genetic material of Antarctic hair grass in wheat plants.

Supported by the Scientific and Technological Research Council of Turkey (TÜBITAK), the project will also examine the mRNA or messenger RNA genes that enable Antarctic hair grass to survive in extreme environments. "In future projects, it is planned to obtain transgenic plants that do not lose their yield even in case of water shortage due to climate change by transferring these genes to grains, especially wheat," said Gökçe. She also said that the primary purpose is to combat drought and salinity.

In April 2016, the first-ever Turkish team of researchers – including doctors, botanists, geologists and oceanographers from seven universities – traveled to Antarctica to study the impact of climate change. Antarctica, the coldest continent on earth, has served as a scientific research zone since the signing of the Antarctic Treaty in 1959, committing to use the continent for peaceful purposes only.