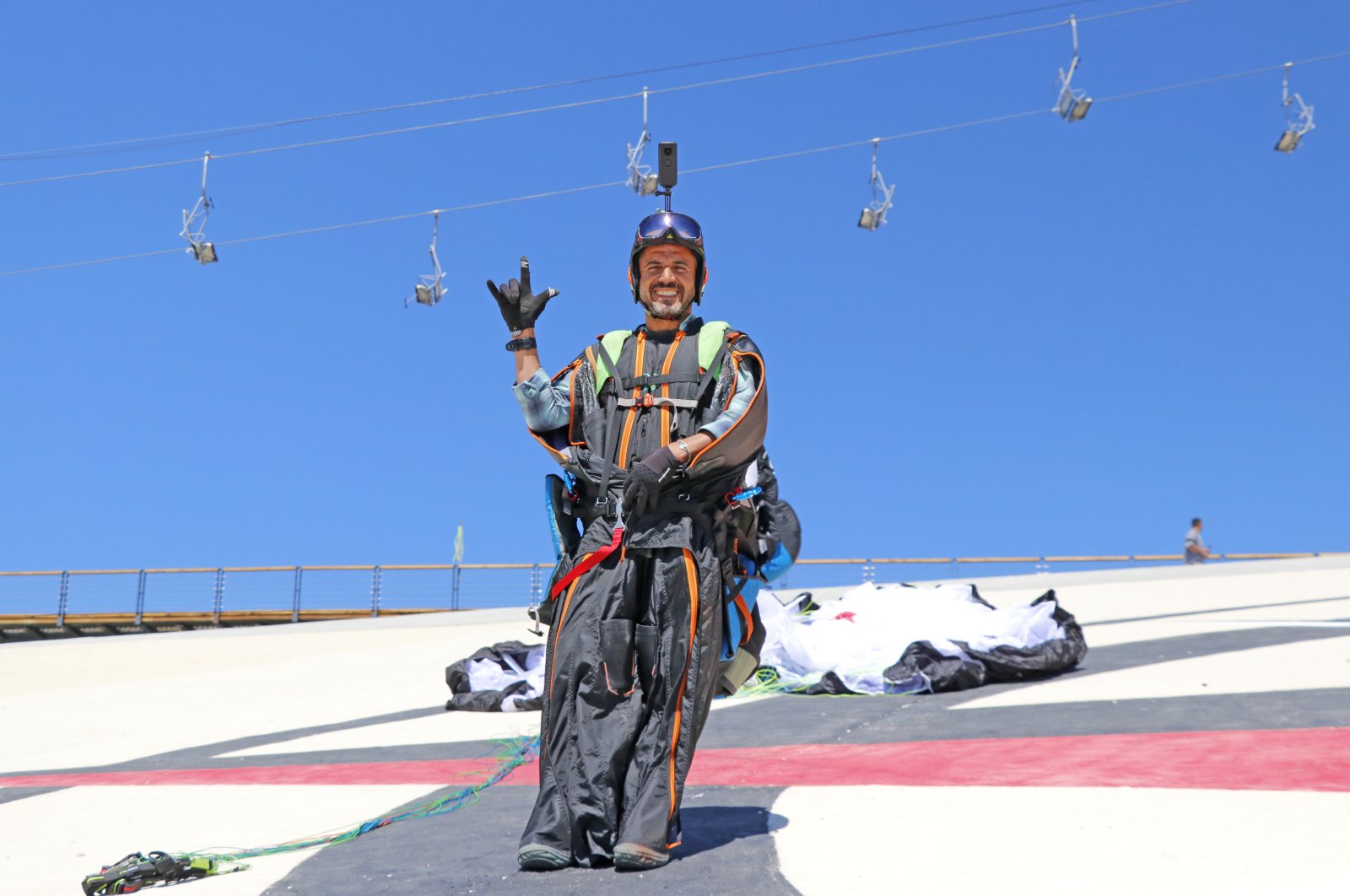 A tiring workday can propel the urge to get home as soon as possible. For those in big cities, traffic jams worsen it. For Cengiz Koçak, it is no big deal. The manager of a cable car company in southern Turkey can literally “fly” home after work. Perhaps it is a sign that he is a workaholic but Koçak, a base jumper and wingsuit professional, does not complain.

Koçak, a former commando who took up parachuting in 1991, has earned countless titles as a wingsuit and base jumper at competitions in which he represented Turkey and the Turkish Armed Forces (TSK). Base jumping became his passion in the 2000s and he attended training courses in the United States to sharpen his skills. Soon, he became a renowned name among wingsuit professionals and introduced new jumping locations to Turkish enthusiasts of the sport.

About a month ago, he was appointed as manager of a company operating a cable car on Babadağ, a mountain in southwestern Muğla province popular among paragliders. Every day, Koçak carries a bag containing his wingsuit to work, which is meters away from a spectacular view of Ölüdeniz, a popular vacation resort known for its pristine beaches. When his shift ends, Koçak dons the suit and jumps from about 2,000 meters to the shore, where he parked his car and heads home. “It takes only a few minutes to land. If I would drive there, it would take 40 minutes and if I took the cable car, it would be 25 minutes. I like jumping from here,” he told Anadolu Agency (AA).

Koçak is also a prolific social media user where he shares videos and photos of his jumps and says more people are interested in seeing Babadağ and Ölüdeniz. “I wish more people took up sky sports. Babadağ is an excellent place to promote them,” he says.

He added that it is his “dream job.” Apart from wingsuit flights, Koçak occasionally joins paragliders taking off near his office. “Sometimes, we take off simultaneously. I think I am the only person in the world commuting by wingsuit,” he says.