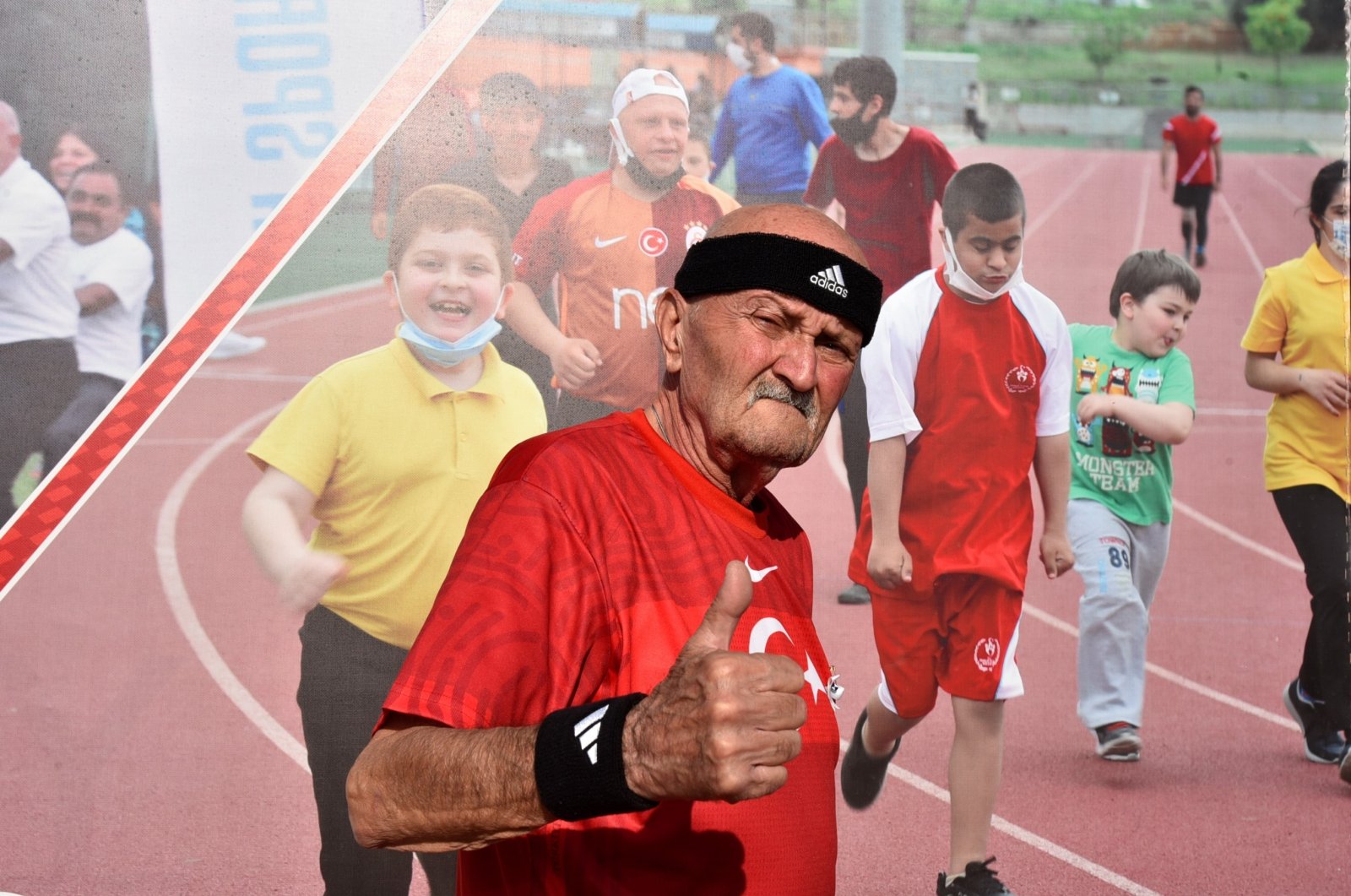 Toroslar Municipality in Mersin's central district is getting ready to host sports fans of all ages from across the world with the "Toroslar International Half Marathon" to be held on Nov. 21 in Mersin. One of these athletes is Ahmet Kahveci, 74, who lives in Mersin and regularly competes in the Eurasian Marathon and the Balkan Run.

That's right, that wasn't a typo, Kahveci is the ripe old age of 74!

But he is still not as old as Turkey's oldest athlete, who recently passed away at 91.

Kahveci, who is preparing for the marathon in a Toroslar Municipality stadium in the neighborhood of Akbelen, advised young people to take up sports and said: “I invite everyone to the Toroslar International Half Marathon. Let's turn this marathon into a marathon of love.”

Explaining that he has been running marathons for 30 years, Kahveci said: "I lay down the gauntlet in the 21-kilometer (13.05-mile) run at the Taurus International Half Marathon, and I want to win this trophy. I am training toward this aim. I have achieved very good results so far, and I have proven myself in the veterans' category. I do not smoke or drink alcohol. I want to be an example. I would like to thank the mayor of Toroslar, Atsız Afşın Yılmaz, for organizing such an event and paving the way for the youth.”

Yılmaz invited all sports fans to the Toroslar International Half Marathon and said: “As Toroslar Municipality, we will host thousands of local and foreign athletes in our district with the marathon we are organizing for the first time this year. Our goal with this event is to create a great awareness both in our country and in our city, and to familiarize our youth with sports and to introduce them to sports."

To be held with five categories

Preparing to host thousands of local and foreign athletes, the Toroslar International Half Marathon will be held on Sunday, Nov. 21, with the slogan "Discover the Taurus Mountains by running." The races will be held for the first time in the Taurus Mountains under the auspices of the Mersin Governorship, in cooperation with the Provincial Directorate of Youth and Sports and with the support of stakeholder institutions and organizations, and will include a 21-kilometer half marathon, 10-kilometer run, 3-kilometer public run, 200-meter special athletes' run and 100-meter children's marathon, all being held in five categories.

The start and endpoint of the marathon will be Toroslar Cumhuriyet Square in the Çağdaşkent neighborhood. The half marathon will pass through a route that includes Mersin's other central districts, Akdeniz and Yenişehir, and will end at the Taurus Mountains.

If running a marathon is a little too much, the country encourages senior citizens to participate in the "only" 60-plus bocce or working out at the gym, which has been shown to slow down the rate of muscle loss that increases in old age.