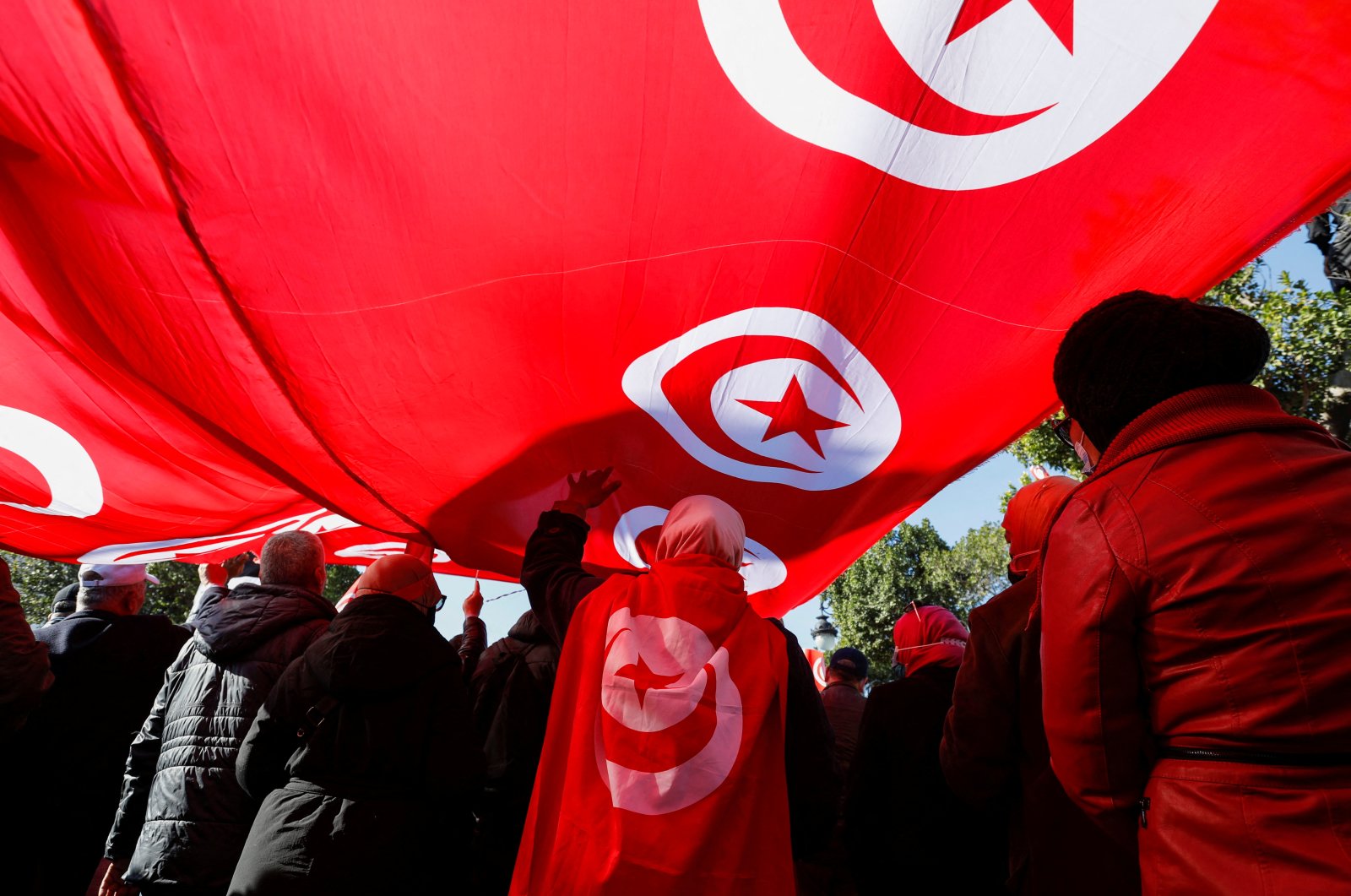 Hundreds rallied against Tunisian President Kais Saied in central Tunis on Friday, on the 11th anniversary of the start of a revolution that sparked the Arab Spring uprisings.

The demonstration was the latest drop of anger by Tunisians after Saied sacked the government, froze parliament and seized far-reaching powers in July this year.

Parliamentarians and his biggest opponents Ennahdha have bitterly criticized the moves, with many Tunisians tired of a system seen as corrupt and ineffective have denounced them.

Several hundred anti-Saied protesters gathered near the city center on Friday, shouting, "the people want the coup d'etat to fall," referring to Saied's power grab, as dozens of police looked on.

Some demonstrators held signs in support of the North African country's 2014 Constitution, which Saied said earlier this week he wants to revise and put to a new referendum.

A few hundred meters along Habib Bourguiba Avenue – the epicenter of demonstrations over a decade ago – and past hundreds of police officers and metal barriers, a smaller number of Saied supporters rallied as speakers blared out the national anthem.

"We are with you to the end in the fight against corruption," read a banner bearing a picture of Saied and a Tunisian flag.

On Dec. 17, 2010, street vendor Mohammed Bouazizi set himself alight in the marginalized town of Sidi Bouzid, sparking a four-week revolt that forced veteran dictator Zine El Abidine Ben Ali from power and sparked a string of uprisings in other Arab countries.

Saied earlier this month moved the official anniversary of the revolution from Jan. 14 – the date Ben Ali fled into exile – to Dec. 17.

On Monday, the former constitutional law lecturer prolonged his suspension of parliament, dominated by Ennahdha, until new elections in December next year. He also announced a nationwide public consultation to draw up a new constitution, with a referendum set for July 25.

The president sees the revolution as having been hijacked by politicians branded as corrupt and has repeatedly voiced his desire to change the 2014 Constitution, which had brought in a hybrid parliamentary-presidential system. The Constitution was seen as a historic compromise between Ennahdha and its opponents.