13th Ebola outbreak in DR Congo is over: Health Minister 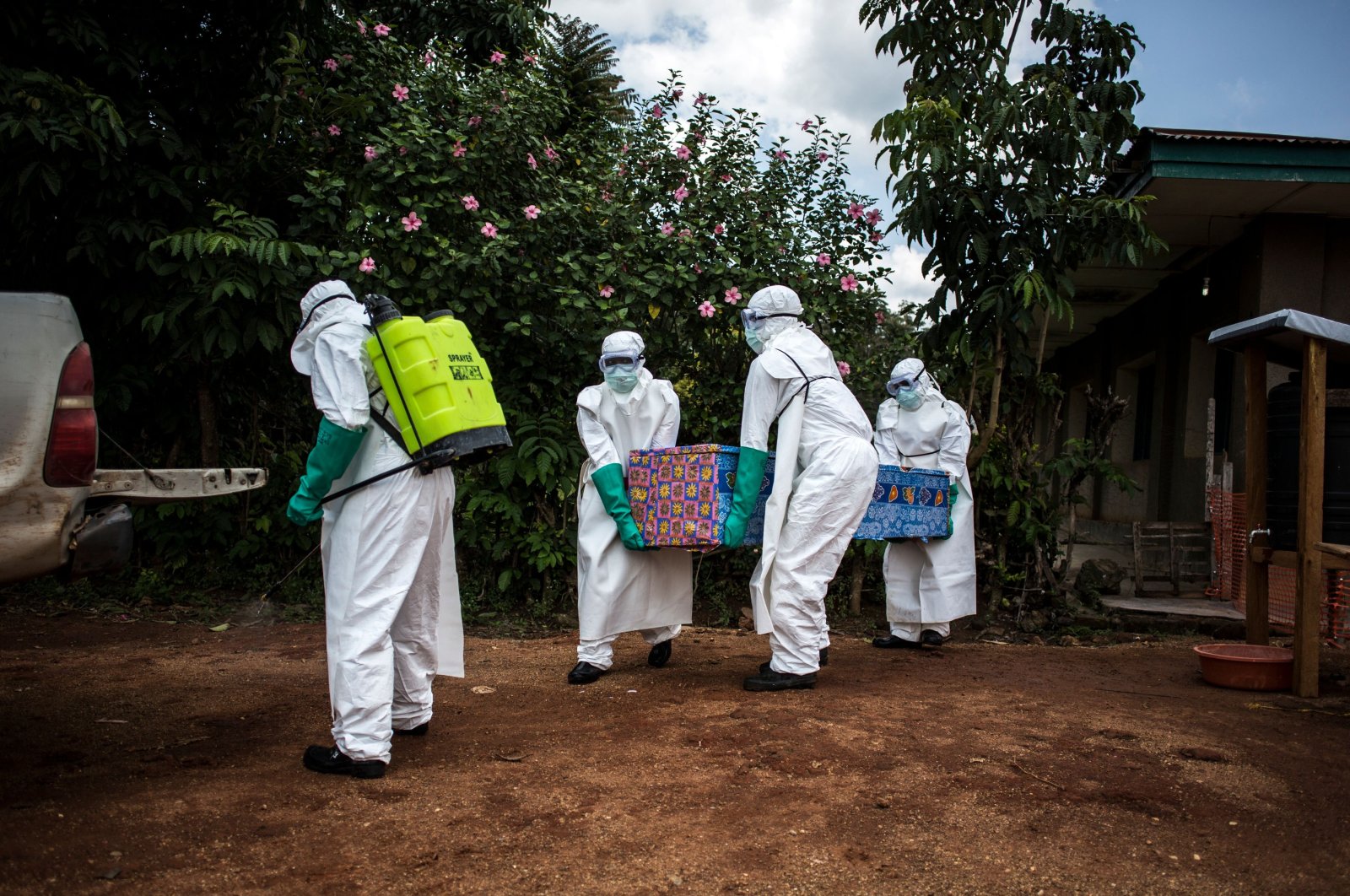 In this file photo taken on Aug. 22, 2018, health workers carry out the body of a patient with an unconfirmed case of the Ebola virus in Mangina, near Beni, in the North Kivu province, Democratic Republic of the Congo. (AFP Photo)
by REUTERS Dec 16, 2021 3:56 pm
RECOMMENDED

Authorities in the Democratic Republic of Congo (DR Congo) on Thursday declared the end of an Ebola outbreak that emerged in early October in North Kivu province and infected 11 people, killing six.

DR Congo declared its 13th outbreak of the disease on Oct. 8 in Beni in the east of the country, prompting fears of a repeat of a 2018-2020 epidemic that killed nearly 2,300 people in the same region, the second-highest toll recorded in the disease's history.

"My warm congratulations to health workers in the health zone of Beni who have suspended their strike movement to cope with this epidemic," Health Minister Jean-Jacques Mbungani told an online news briefing.

The virus, which causes severe vomiting and diarrhea, and is spread through contact with body fluids, was first discovered near the Ebola River in 1976.

"During this outbreak, the Democratic Republic of Congo was able to limit widespread infections and save lives. Crucial lessons are being learned and applied with every outbreak experience," said Matshidiso Moeti, WHO's Africa director. "Stronger disease surveillance, community engagement, targeted vaccination and prompt response are making for more effective Ebola containment in the region," Moeti said.

The WHO said its personnel were accompanied by a sexual health expert to help prevent inappropriate and abusive behavior, following a damning report in September on a sexual assault scandal that has engulfed it and other aid agencies.

More than 80 aid workers, a quarter of whom were employed by the WHO, were involved in sexual abuse and exploitation during the 2018-2020 Ebola outbreak.