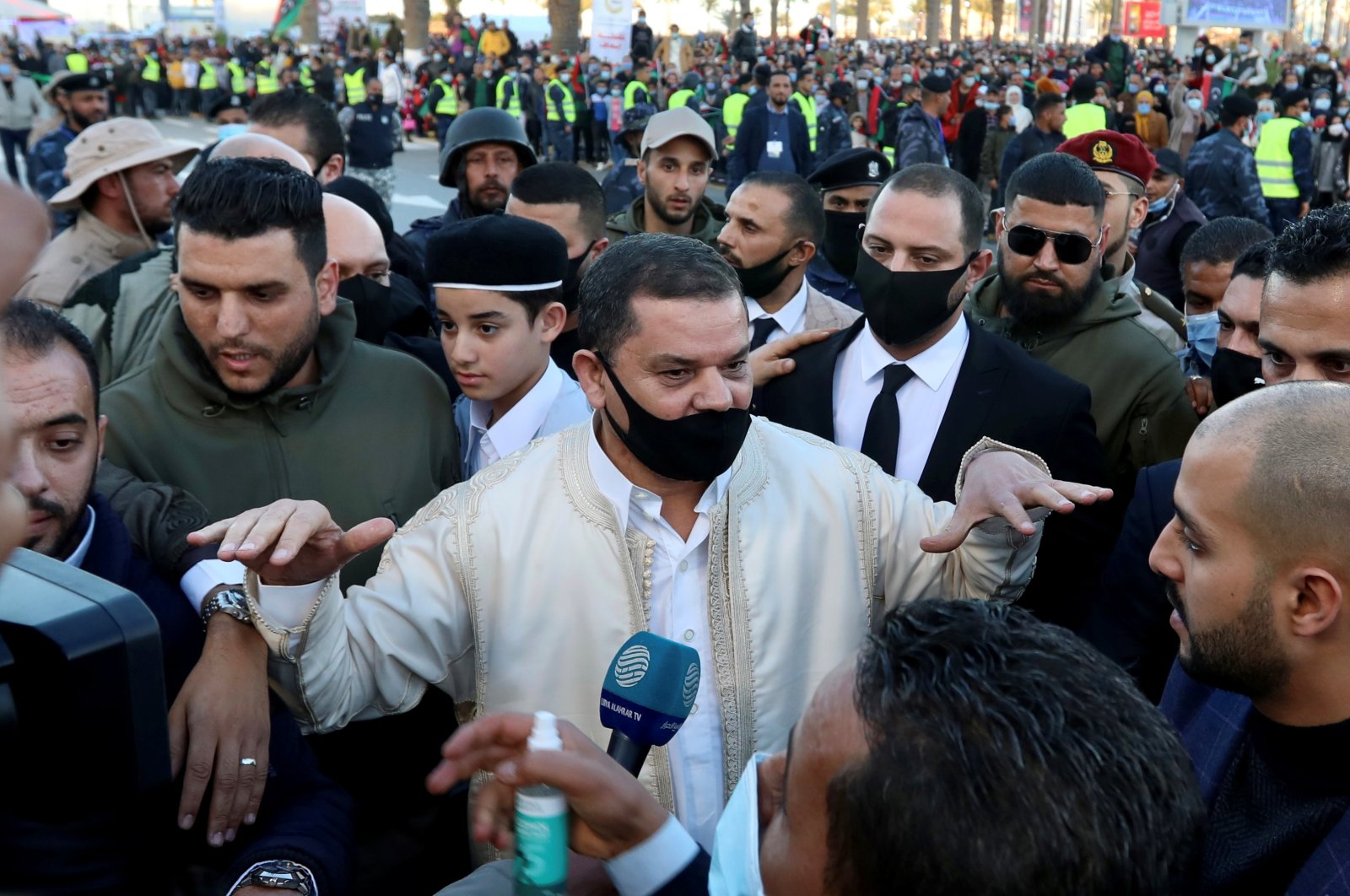 Eighty-four members of parliament from Tobruk and Tripoli announced Wednesday they will give the new Libyan interim government and its soon-to-be-formed Government of National Unity their vote of confidence “without restrictions or conditions.”

"We, the undersigned representatives, call on our colleagues to hold a session to give confidence to the national unity government," they wrote in a statement.

The statement was issued one day after a meeting was held in Tripoli to determine the venue for the session. Despite the presence of 140 members of parliament in Tripoli, just 40 attended.

U.N. Secretary-General Special Envoy for Libya Jan Kubis on Wednesday held a phone call with Dbeibah in light of the quickly approaching deadline for presenting the lineup of the government.

“They discussed the progress on the government formation and ongoing efforts to convene a House of Representatives session to grant a vote of confidence to the PM-designate government proposal,” the U.N. mission in Libya said in a written statement.

Dbeibah, who will serve in his post until elections are held on Dec. 24, is expected to form his Cabinet by Feb. 26 at the latest, to present it to the House of Representatives to receive a vote of confidence.

Libya embarked on a new phase on Feb. 5 when delegates from the country’s rival factions elected Mohammed Menfi as head of a three-member Presidency Council and Dbeibah as interim prime minister in a U.N.-hosted political dialogue process in Switzerland.

Yet, although significant steps are being taken for the political process in Libya, there are still obstacles as mercenaries remain and the main coastal road between west and east is closed despite an October cease-fire calling for all foreign mercenaries to leave the country and the road to reopen.

The Libyan Army on Wednesday said it spotted several trucks of Russian Wagner mercenaries in the coastal city of Sirte.

In a statement, the government-led Volcano of Rage Operation said two groups of mercenaries were also seen moving along the road from the oil-rich city of Brega to Sirte and in the direction of Ajdabiya.

The Libyan Army described the activities of the Russian mercenaries as a "violation of the cease-fire agreement" signed in Geneva.

International mercenaries and arms have poured into the country since Haftar launched his offensive, with Russia and the United Arab Emirates (UAE) serving as the putschist general's top suppliers. According to the U.N., there are currently 20,000 foreign fighters and mercenaries in Libya.