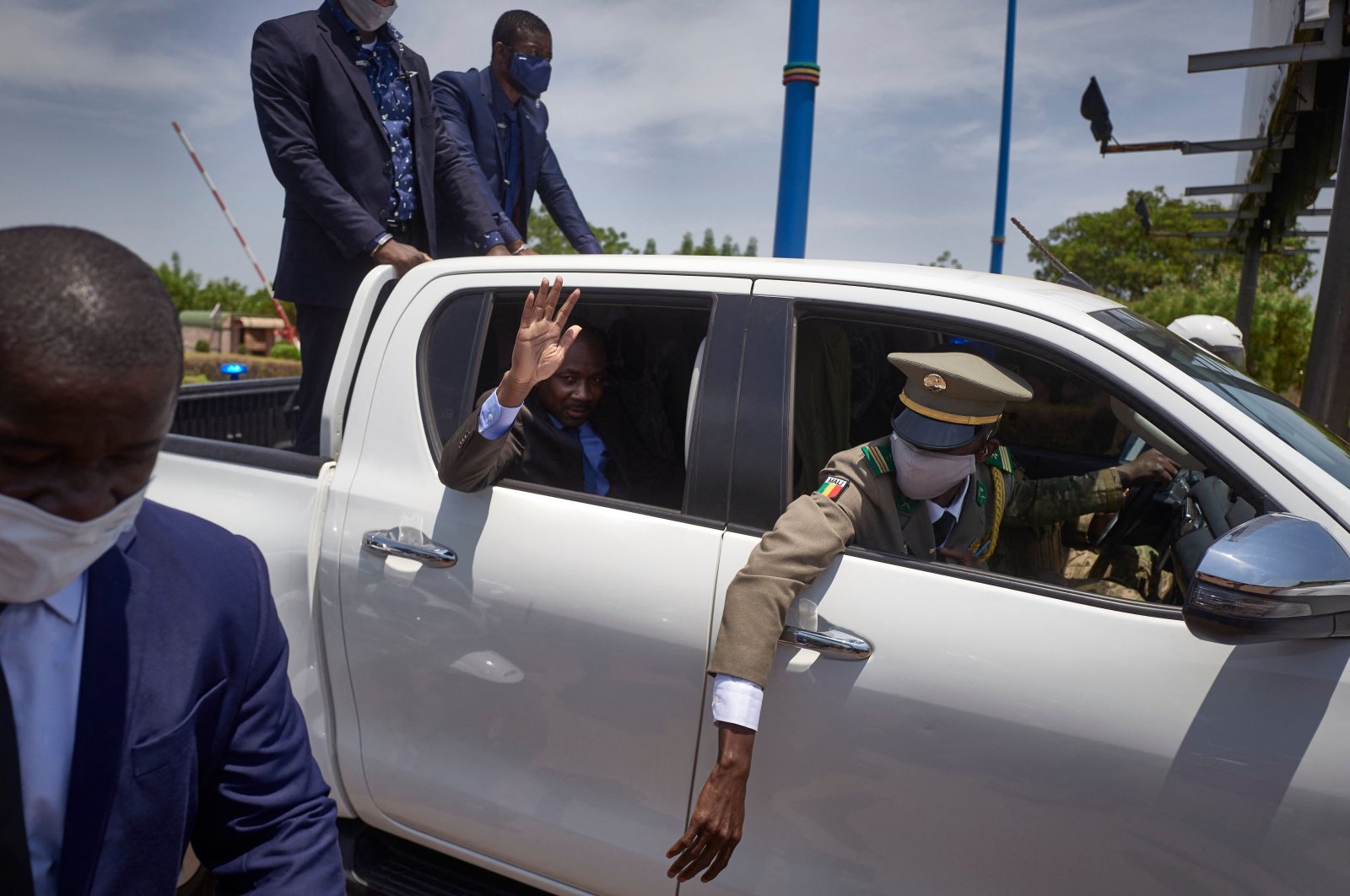 The president of Mali's transitional government, Col. Assimi Goita, waves from his vehicle as he returns from Accra where he met with Economic Community of West African States (ECOWAS) representatives, in Mali, May 31, 2021. (AFP Photo)
by French Press Agency - AFP Jun 02, 2021 3:21 pm
RECOMMENDED

The African Union (AU) announced it was suspending Mali with immediate effect and threatened the impoverished country with sanctions after a second military coup in nine months.

The putsch has sparked deep concerns over stability in the volatile Sahel region and warnings of economic penalties from across the international community.

The AU "decides ... to immediately suspend the Republic of Mali from participation in all activities of the African Union, its Organs and institutions, until normal constitutional order has been restored in the country," the body's Peace and Security Council said in a statement late Tuesday.

The move follows a similar suspension on Sunday from the Economic Community of West African States (ECOWAS).

In its statement, the AU called for the military to "urgently and unconditionally return to the barracks, and to refrain from further interference in the political processes in Mali." It warned that if the military did not hand back power to civilian transitional leaders, "the Council will not hesitate to impose targeted sanctions and other punitive measures."

Condemning the coup "in the strongest terms possible," the AU added it was "deeply concerned about the evolving situation in Mali and its negative impact on the gains made thus far in the transition process in the country."

After the takeover, the military agreed to appoint civilians as interim president and prime minister under the pressure of ECOWAS trade and financial sanctions. But in a move that provoked diplomatic uproar, soldiers last week detained transitional President Bah Ndaw and Prime Minister Moctar Ouane, releasing them on Thursday while saying that they had resigned.

Mali's constitutional court completed Goita's rise to full power on Friday by naming him the transitional president. With the junta going back on its previous commitment to civilian political leaders, doubts have been raised about its other pledges, including a promise to hold elections in early 2022.

The junta said this week it would continue to respect that timetable, but added that it could be subject to change.