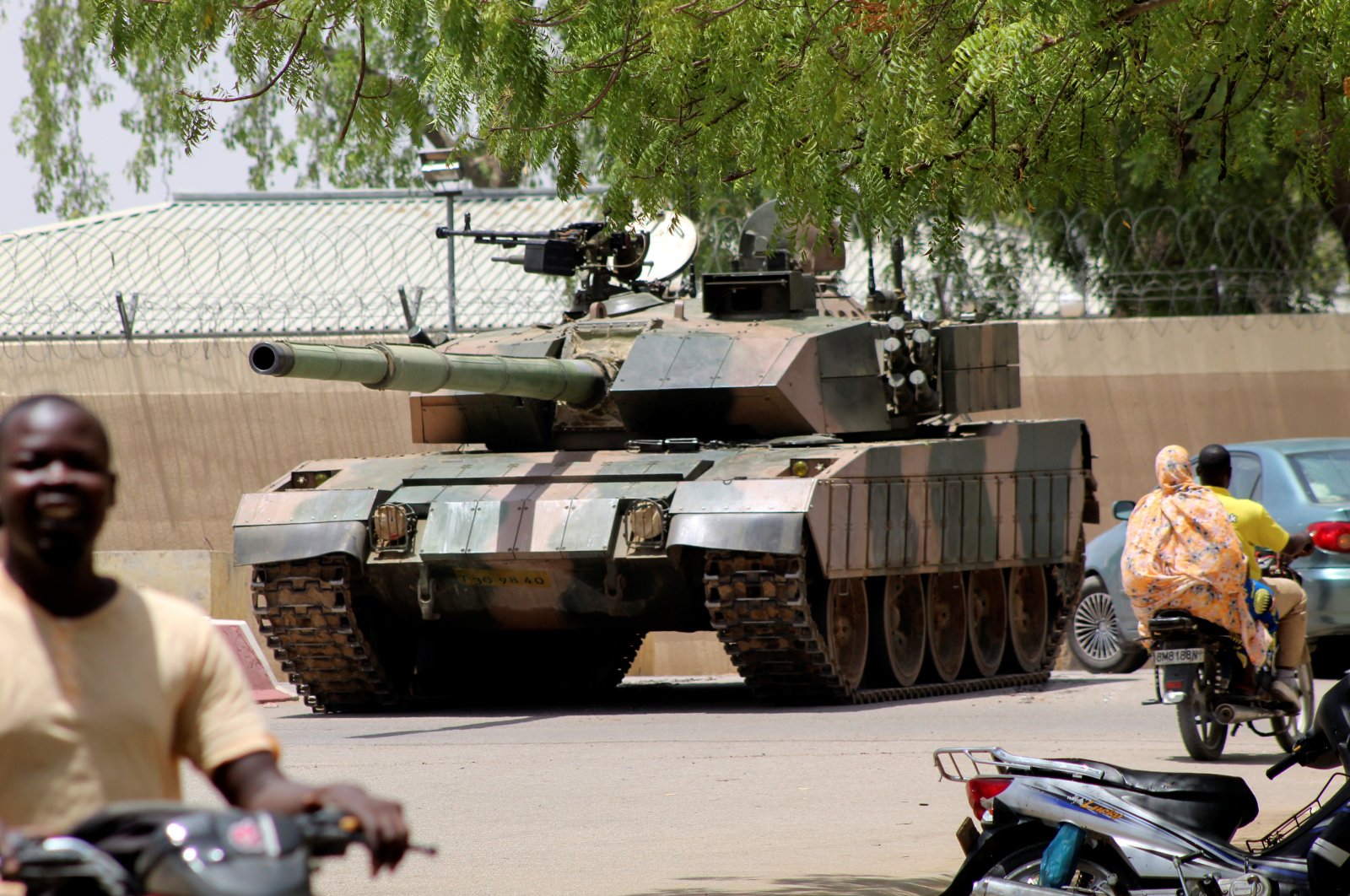 People drive past a Chad army tank near the presidential palace, as fighters from the rebel Front for Change and Concord in Chad (FACT) appeared to be moving toward the capital according to U.S. sources, N'djamena, Chad, April 19, 2021. (Reuters Photo)
by French Press Agency - AFP Apr 25, 2021 1:04 pm
RECOMMENDED

A rebel chief in northern Chad said Sunday they are "prepared to observe a cease-fire" after launching a major incursion in the region and being accused by the Chadian army of killing veteran ruler, Idriss Deby Itno.

"We have affirmed our availability to observe a truce, a cease-fire ... but this morning we were bombarded again," Mahamat Mahadi Ali, head of the Front for Change and Concord in Chad (FACT) told the Agence France-Presse (AFP).

But Mahadi Ali warned that the cease-fire had to be observed by both sides.

"We cannot respect the truce unilaterally. A truce must be made on both sides. We will not fold our arms and let ourselves be massacred," he said.

In response, a spokesman for the military council headed by Idriss Deby's son and successor, Mahamat Idriss Deby Itno, said: "They are rebels, which is why we are bombing them. We are waging war, that's all."

On Friday, Chad staged a state funeral for Idriss Deby, a linchpin in the fight against the Sahel's insurgency, and France and regional allies voiced backing for Mahamat Idriss Deby.

"France will never let anyone, either today or tomorrow, challenge Chad's stability and integrity," Macron pledged.