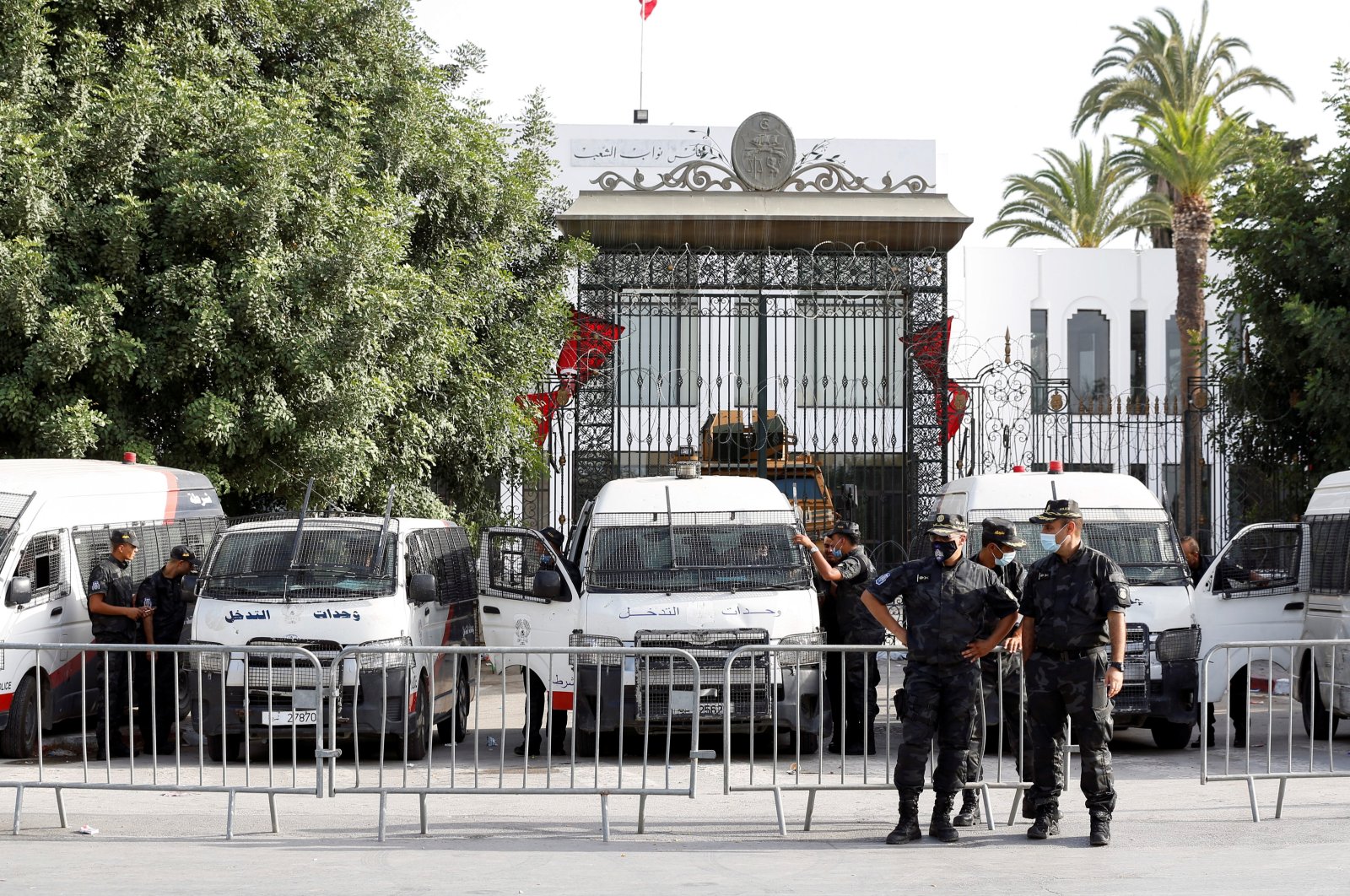 Tunisia’s Ennahdha party has denied reports of its leader and Parliament Speaker Rached Ghannouchi being placed under house arrest.

Ennahdha "denies all the false news circulating about the travel ban on parliament speaker and party leader Ghannouchi and placing him under house arrest,” the movement said in a statement. It confirmed that Ghannouchi "is currently holding a series of meetings."

On Sunday, Tunisian President Kais Saied ousted the government of Prime Minister Hichem Mechichi, froze parliament and assumed executive authority with the assistance of a new prime minister. Saied also suspended the immunity of all members of parliament and took control of the general prosecutor’s office.

Ghannouchi described Saied's moves as nothing but a "full-fledged coup" against the Tunisian Constitution, revolution and freedoms in the country. Saied Monday dismissed claims that his actions amounted to a coup and said he assumed a historical responsibility with his decisions, which were constitutional.

"Those who claim that this situation has something to do with a coup should review their law lessons,” Saied said in a video on the Presidency’s Facebook account.

Noting that he studied and taught law, Saied said he knows "what a coup is. A coup is to go beyond legitimacy.”

"I applied the constitution,” he said, adding conditions were formed and there were procedural conditions among these conditions. He added that he called the prime minister and informed him.

"I also phoned the parliament speaker and said that I would apply Article 80,” he said, which permits the suspension of parliament in case of "imminent danger.”

"There is a law in the country, and this law applies to everyone.”

World leaders, however, called to respect the constitution, institutions and the rule of law.

"Tunisian people want democracy, and democracy has gained a foothold in the country,” Adebahr said, underlining the importance of democratic achievements in the country since the Tunisian revolution of 2011. She also expressed concern over recent nationwide protests and Saied’s controversial move. Adebahr said Germany expects steps from the country’s political leaders toward democratic and constitutional processes.

"Now it is important to swiftly return to constitutional order. We are calling on all sides to guarantee maintaining and implementing the constitution, this also includes civil rights and liberties from our point of view,” she stressed.

Adebahr also called for a constructive dialogue among the leaders of the country’s constitutional organs to address Tunisia's problems and speed up political and economic reforms.

"We are closely following the latest developments in Tunisia. We call on all Tunisian actors to respect the constitution, its institutions, and the rule of law,” Nabila Massrali, a spokesperson of the European Commission, told Anadolu Agency (AA).

"We also call on them to remain calm and to avoid any resort to violence in order to preserve the stability of the country,” she added.

The United States said Tunisia must preserve its democratic inroads. Secretary of State Antony Blinken said the U.S. has been "closely monitoring” the situation and said the Biden administration has been in contact with Tunisian authorities to "stress that solutions to Tunisia's political and economic troubles should be based on the Tunisian Constitution and the principles of democracy, human rights and freedom.”

"We have been clear in urging all parties to avoid taking any actions that could stifle democratic discourse or lead to violence. We are particularly troubled by reports that media offices have been closed and urge scrupulous respect for freedom of expression and other civil rights,” the top diplomat said in a statement.

"Tunisia must not squander its democratic gains. The U.S. will continue to stand on the side of Tunisia's democracy,” he added.

Since January, the country has been in a political deadlock amid a dispute between Saied and Mechichi over a government reshuffle that the former rejected. The country is also facing an economic crisis and a surge in COVID-19 infections amid warnings of a possible collapse of the health care system.