Eritrea blames US for stoking conflict in Ethiopia's Tigray 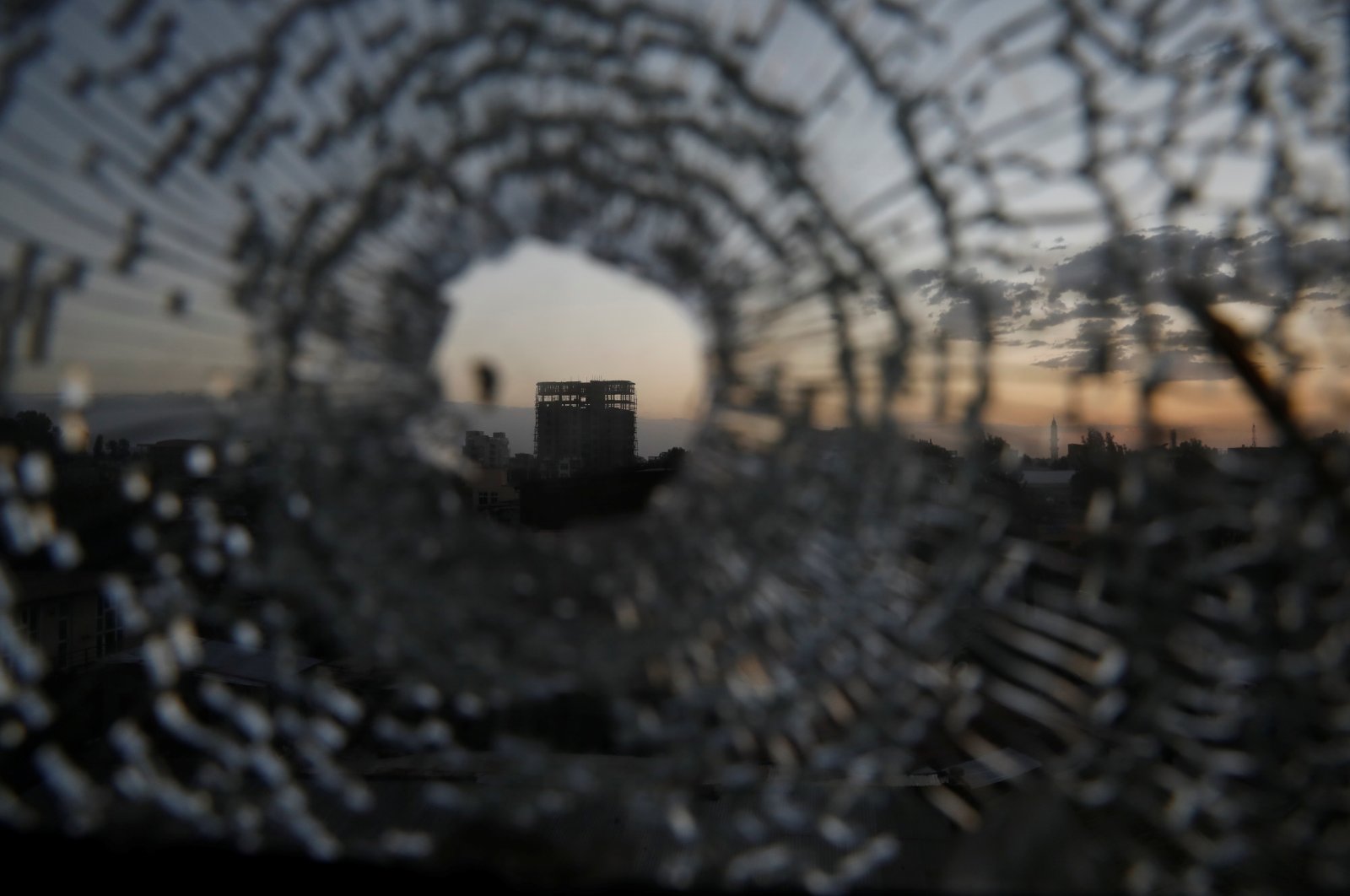 A building is seen through a bullet hole in a window of the Africa Hotel in the town of Shire, Tigray region, Ethiopia, March 16, 2021. (Reuters Photo)
by ASSOCIATED PRESS Jun 08, 2021 2:27 pm
RECOMMENDED

Osman Saleh, in a letter to the United Nations Security Council circulated Monday, accused President Joe Biden’s administration of "stoking further conflict and destabilization" through interference and intimidation in the region.

"The apparent objective of these acts is to resuscitate the remnants of the TPLF regime,” he said.

The TPLF led the coalition that ruled Ethiopia for nearly three decades until Prime Minister Abiy Ahmed rose to power in 2018. Abiy alienated the TPLF in part by trying to make peace with its archenemy, Eritrea, then sent Ethiopian government troops into the region in November.

Thousands are estimated to have been killed in the war that has sent a third of the region’s 6 million people fleeing. The government forces are now allied with soldiers from neighboring Eritrea, who are blamed for many atrocities. Saleh’s letter makes no mention of Eritrean troops in Tigray, despite international calls for them to withdraw.

Multiple witnesses, survivors of rape, officials and aid workers said Eritrean soldiers have been spotted far from the border, sometimes clad in faded Ethiopian army fatigues, and controlling key roads and access to some communities.

The Ethiopian government considers TPLF fighters to be terrorists who have defied Abiy's authority. But recent atrocities appear to have increased support for the TPLF.

The Eritrean foreign minister accused the TPLF of conducting a disinformation campaign to camouflage its illicit schemes to arm itself and topple Abiy’s government and he urged the Security Council "to take appropriate measures to redress the injustice.”

Saleh also criticized the U.S. State Department’s recent announcement on visa restrictions for current or former Eritrean and Ethiopian government and military officials, saying it was only the latest in a string of "unilateral acts of intimidation and interference.”