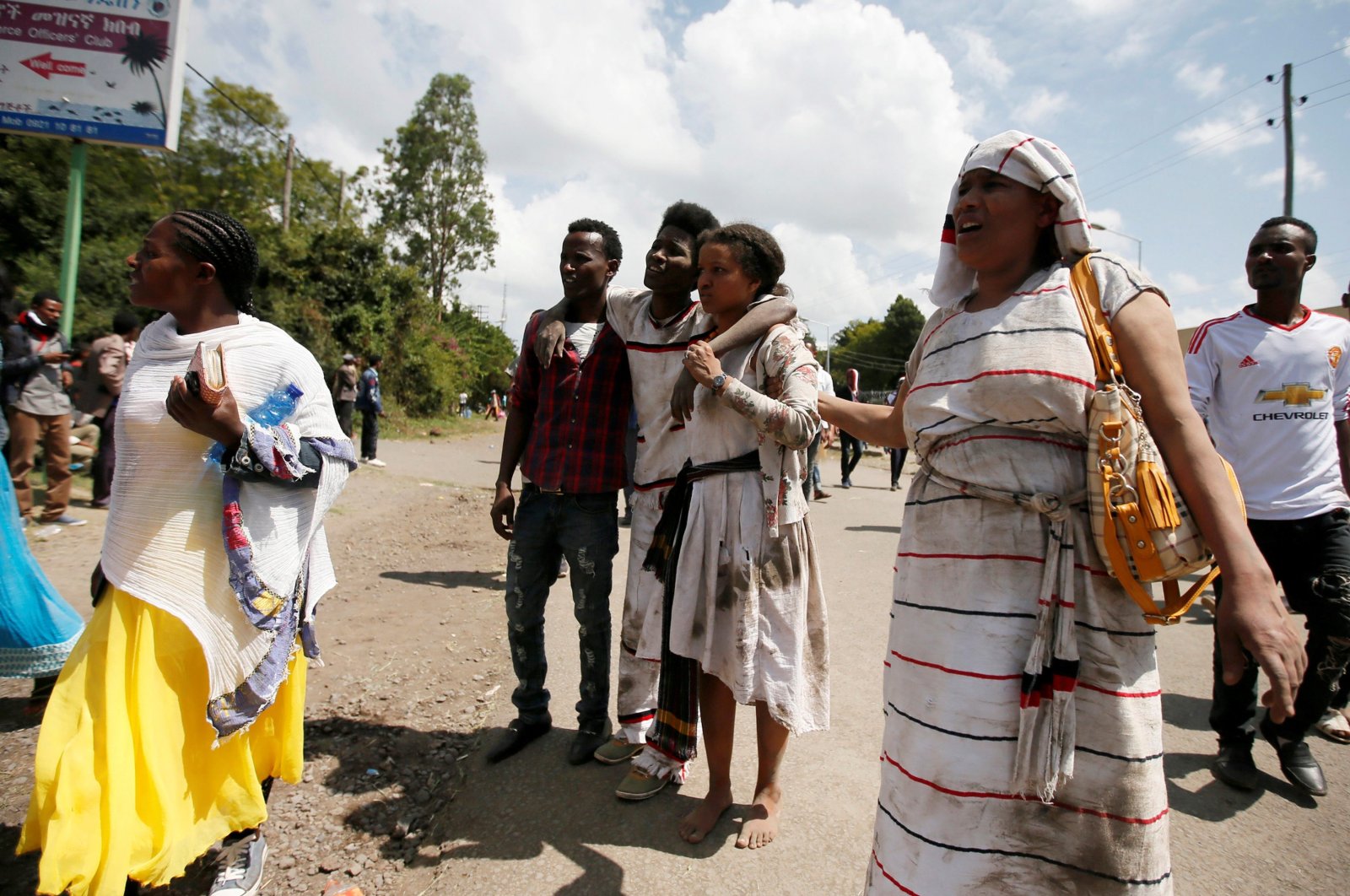 People assist an injured protester during Irreecha, the thanksgiving festival of the Oromo people, in Bishoftu town of Oromia region, Ethiopia, Oct. 2, 2016. (Reuters Photo)
by French Press Agency - AFP May 24, 2021 11:04 am
RECOMMENDED

The United States on Sunday announced visa restrictions for Ethiopian and Eritrean officials accused of fomenting a six-month war in Ethiopia's Tigray region, saying those involved had “taken no meaningful steps to end hostilities.”

"People in Tigray continue to suffer human rights violations, abuses and atrocities, and urgently needed humanitarian relief is being blocked by the Ethiopian and Eritrean militaries," U.S. Secretary of State Antony Blinken said in a statement. "Despite significant diplomatic engagement, the parties to the conflict in Tigray have taken no meaningful steps to end hostilities or pursue a peaceful resolution of the political crisis."

Blinken also announced "wide-ranging" restrictions on economic and security assistance to Ethiopia, adding that the U.S. would continue humanitarian aid in areas such as health, food and education. He said the visa restrictions target "current or former Ethiopian or Eritrean government officials, members of the security forces, or other individuals – to include Amhara regional and irregular forces and members of the Tigray People's Liberation Front (TPLF)."

Though he vowed the conflict would be brief, more than six months later, fighting continues and world leaders are warning of a potential humanitarian catastrophe. Eritrean troops, who teamed up with the Ethiopian military, have been implicated in multiple massacres and other atrocities during the Tigray conflict, allegations Asmara denies.

"The United States condemns in the strongest terms the killings, forced removals, systemic sexual violence, and other human rights violations and abuses," Blinken said. "We are equally appalled by the destruction of civilian property including water sources, hospitals, and medical facilities, taking place in Tigray."

Ethiopia on Friday for the first time accused troops from neighboring Eritrea of killing 110 civilians in a massacre in November in the war-hit region. In earlier reports on what happened in Axum, both Human Rights Watch (HRW) and Amnesty International blamed Eritrean troops fighting in Tigray and said the dead were mostly civilians. The Ethiopian government has said it is committed to investigating human rights abuses committed during its fight against troops loyal to the TPLF.