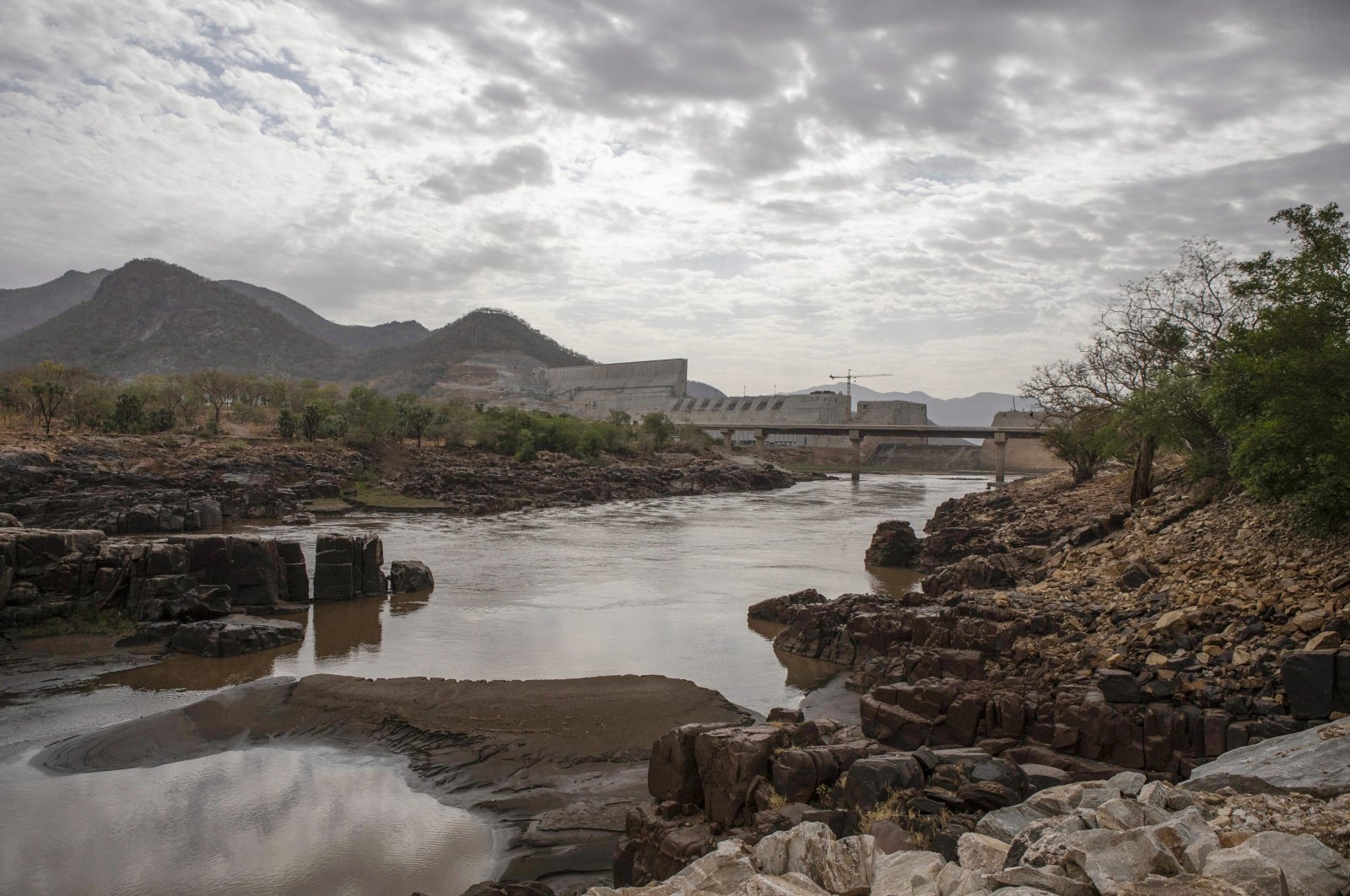 The Blue Nile flows as the under-construction Grand Ethiopian Renaissance Dam stands beyond in the Benishangul-Gumuz Region of Ethiopia, May 22, 2019. (Getty Images)
by French Press Agency - AFP Jul 19, 2021 3:08 pm
RECOMMENDED

Ethiopia has completed the filling of a massive dam on the Blue Nile river for a second year, an official told Agence France-Presse (AFP) Monday, in a move that is likely to stoke further tensions with Egypt and Sudan who have long protested the project.

"The first filling already was done last year. The second one is already done today. So today or tomorrow, second filling will be announced," said the official, adding there is now enough water stored to begin producing energy.

The Grand Ethiopian Renaissance Dam (GERD) has been a source of dispute ever since Ethiopia broke ground on the project in 2011. Egypt and Sudan view the dam as a threat because of their dependence on Nile waters, while Ethiopia deems it essential for its electrification and development.

Talks held under the auspices of the African Union (AU) have failed to yield a three-way agreement on the dam's filling and operations, and Cairo and Khartoum have demanded Addis Ababa cease filling the massive reservoir until such a deal is reached. But Ethiopian officials have argued that filling is a natural part of the dam's construction process and cannot be stopped.

The United Nations Security Council met earlier this month to discuss the project, although Ethiopia later slammed the session as an "unhelpful" distraction from the AU-led process. Egypt claims a historic right to the Nile dating from a 1929 treaty that gave it veto power over construction projects along the river.

A 1959 treaty boosted Egypt's allocation to around 66% of the river's flow, with 22% for Sudan. Yet Ethiopia was not party to those treaties and does not see them as valid. In 2010, Nile basin countries, excluding Egypt and Sudan, signed another deal, the Cooperative Framework Agreement, that allows projects on the river without Cairo's agreement.

Ethiopian Water Minister Seleshi Bekele confirmed on Twitter early Monday afternoon that the second-year target had been hit, and that the milestone would enable the dam to run the first two of its 13 turbines.

"Intensive efforts are being made for the two turbines to generate energy," Seleshi said. The $4.2-billion dam will produce more than 5,000 megawatts of electricity, making it Africa's biggest hydroelectric dam and more than doubling Ethiopia's electricity output.

Reservoir-filling began last year, with Ethiopia announcing in July 2020 it had hit its target of 4.9 billion cubic metres. The goal for this year's rainy season was to add 13.5 billion cubic metres. The reservoir's capacity is 74 billion. It is unclear when exactly the dam will start producing energy, but the two turbines should produce 750 megawatts of electricity, increasing national output by roughly 20%, said Addisu Lashitew of the Brookings Institution in Washington. It is "a significant amount" for an economy that frequently faces power shortages and is sometimes hobbled by power rationing, he said.

The milestone would also have "political implications" for a country going through "a very difficult time" in no small part because of the eight-month-old war in its northern Tigray region, Addisu said. "The dam is seen as a national symbol, a unifying symbol. It's one of the very few things that bring together people from all walks of life as Ethiopia," he said. "Definitely the government will try to extract some political value from the second filling," he noted.