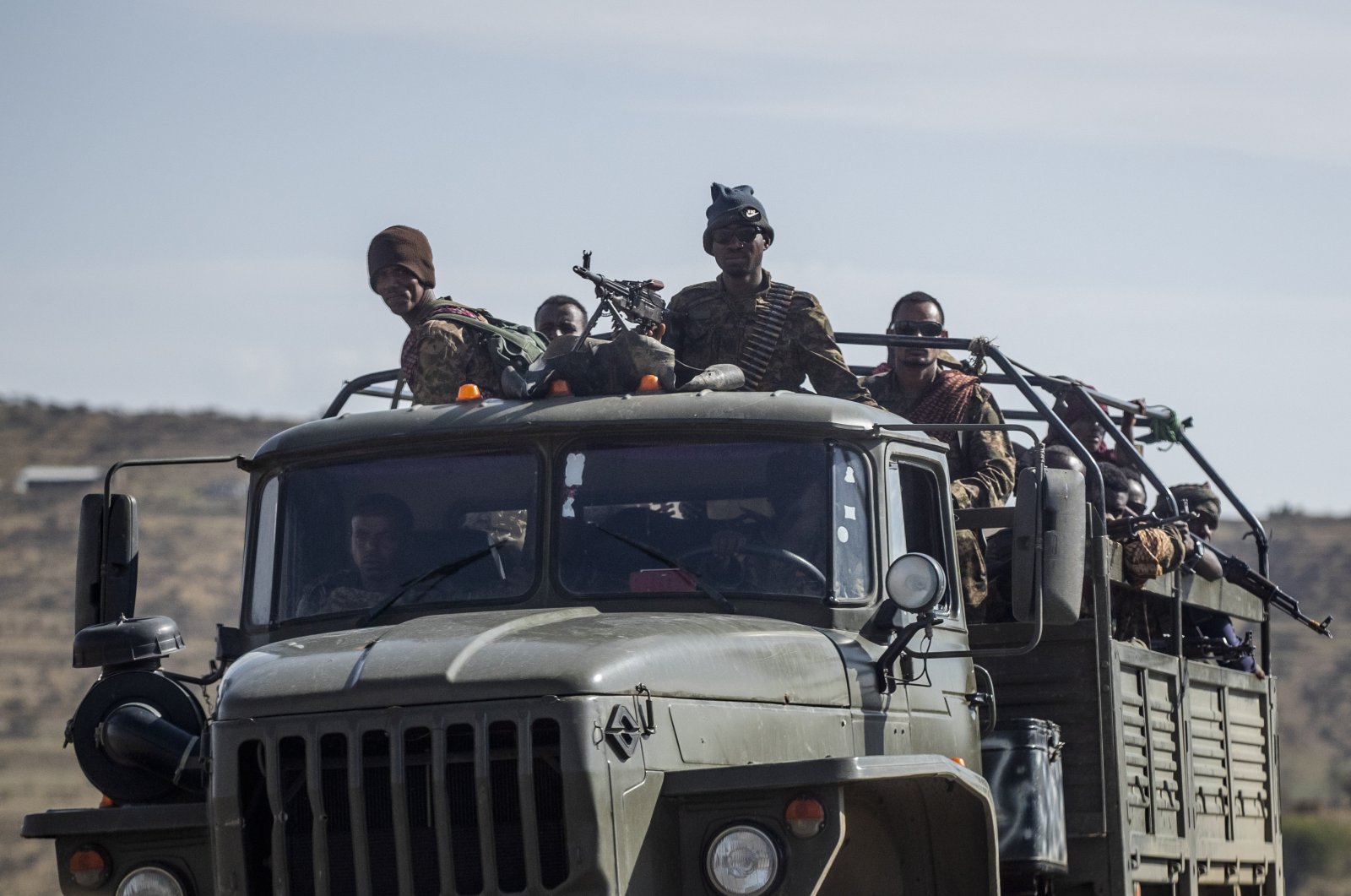 Ethiopian government soldiers ride in the back of a truck on a road near Agula, north of Mekele, in the Tigray region of northern Ethiopia, May 8, 2021. (AP File Photo)
by Agencies Nov 28, 2021 12:47 pm
RECOMMENDED

Six Sudanese soldiers were killed on Saturday in an attack by Ethiopian forces on a Sudanese army post near in disputed fertile border region, Sudanese military sources told Reuters.

"Our forces tasked with securing the harvest in Al-Fashaqa ... were attacked by groups of Ethiopian army forces and militias, who sought to intimidate farmers and spoil the harvest season," Sudan's armed forces said in a statement quoted by Agence France-Presse (AFP).

Sudanese troops "repelled the attack" and "inflicted heavy losses in lives and equipment" on the Ethiopian side, it said.

But the attack left "several killed" among Sudanese forces, the army added.

Ethiopian officials could not be immediately reached for comment.

Al-Fashaqa, which also borders Ethiopia's troubled Tigray region, has seen sporadic deadly clashes between the two sides over the past years, but escalated last year.

Tensions rose after fighting erupted in Tigray in November 2020, which sent tens of thousands of refugees fleeing into Sudan.

Khartoum and Addis Ababa have since been locked in a tense war of words over the region, trading accusations of violence and territorial violations.

The border dispute feeds into wider tensions in the region, including over Ethiopia's controversial Blue Nile dam.

Sudan, along with Egypt, has been locked in a bitter dispute over Ethiopia's mega-dam for a decade.

Both downstream countries, which depend on the river for most of their water, see the Grand Ethiopian Renaissance Dam as an existential threat.

The army statement did not provide any details about the death toll.

Ethiopian government spokesperson Legesse Tulu did not immediately respond to a Reuters message seeking comment on the incident.