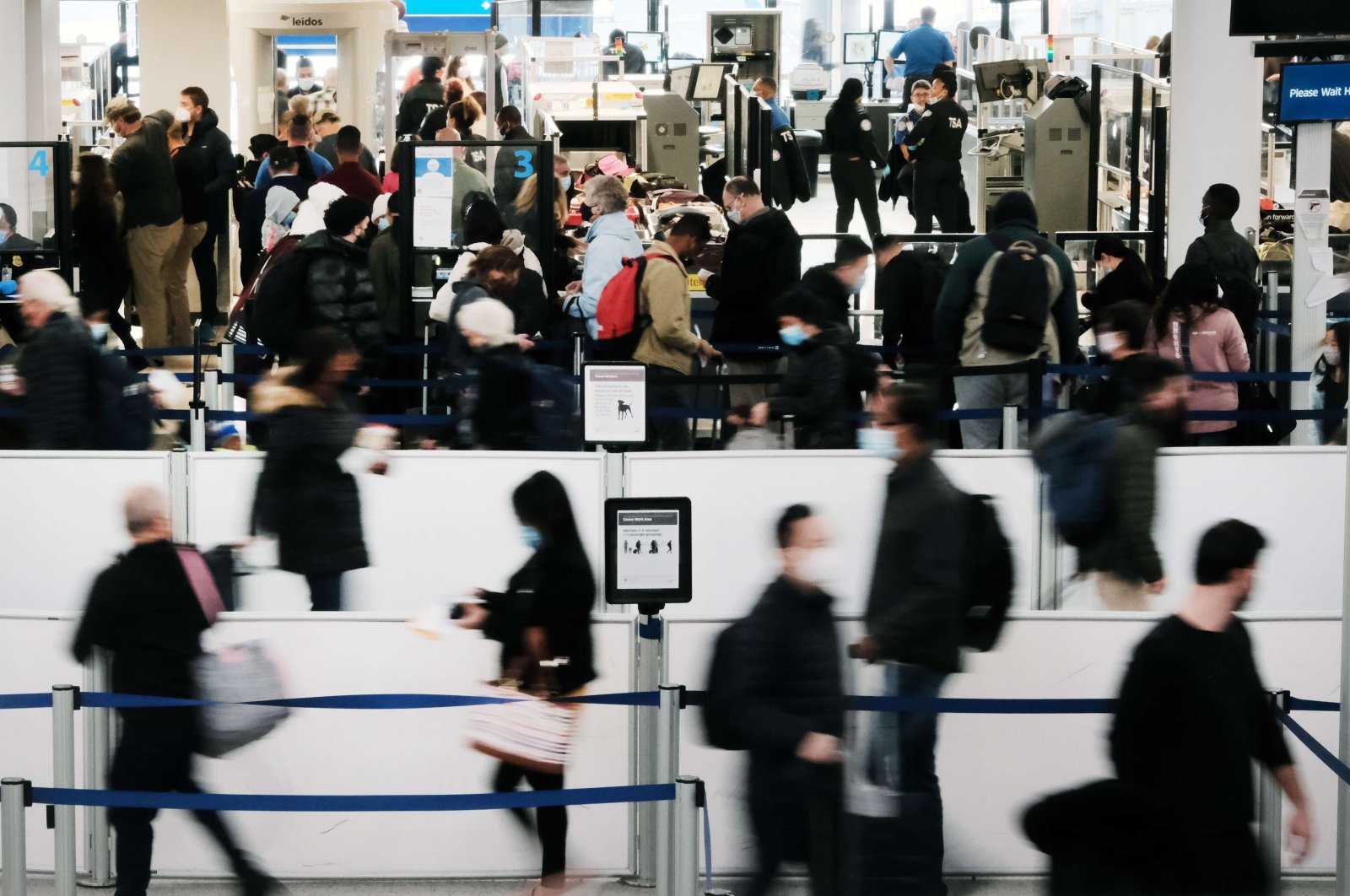 Fears over the impact of the omicron variant of the coronavirus rose Thursday after the first case was reported in the United States and the Japanese central bank warned of economic pain as countries respond with tighter containment measures.

The first known U.S. case was a fully vaccinated person in California who returned from South Africa on Nov. 22 and tested positive seven days later.

President Joe Biden is working on the U.S. strategy for fighting COVID-19 this winter and sources briefed on the matter told Reuters one step will be extending requirements for travelers to wear masks through mid-March. A formal announcement is expected on Thursday, the sources said.

Airlines in the U.S. were told to hand over the names of passengers arriving from parts of southern Africa hit by omicron, according to a U.S. Centers for Disease Control and Prevention (CDC) letter seen by Reuters.

Much remains unknown about the new variant, which was first found on Nov. 8 in South Africa and has spread to at least two dozen countries.

Top U.S. infectious disease expert Anthony Fauci on Wednesday said it could take two weeks or more to gain insight into how easily the variant spreads, the severity of the illness that it causes, and whether it can evade currently available vaccines.

World Health Organization (WHO) epidemiologist Maria van Kerkhove told a briefing that data should be available "within days" on omicron's contagiousness.

BioNTech's CEO Uğur Şahin said the vaccine it makes in a partnership with Pfizer was likely to offer strong protection against severe disease from omicron.

Early indications suggesting omicron may be markedly more contagious than previous variants have rattled financial markets, fearful that new restrictions could choke off a tentative recovery from the economic ravages of the pandemic.

Key sharemarket indices in Japan and Australia were weaker in morning trade on Thursday after Wall Street's major averages fell more than 1% on Wednesday as investors reacted to the first U.S. case and mounting concerns about inflation.

"If the impact of supply constraints are bigger or lasts longer than expected, there's a risk economic growth may further undershoot expectations" next year, Suzuki said.

About 56 countries were reportedly implementing travel measures to guard against omicron as of Nov. 28, the WHO said.

In the latest restrictions, South Korea on Thursday halted quarantine exemptions for fully vaccinated inbound travelers for two weeks as daily coronavirus case numbers rose to a new high. South Korea confirmed its first five cases of the omicron variant Wednesday. The United States has barred nearly all foreigners who have been in one of eight southern African countries.

The European Union brought forward the start of its vaccine rollout for 5-to-11-year-olds by a week to Dec. 13, as the president of the EU's executive body said there was a "race against time" to stave off the new variant.

"Prepare for the worst, hope for the best," Ursula von der Leyen, president of the European Commission, told a news conference.

Britain and the United States have both expanded their booster programs in response to the new variant, although the WHO says wealthy countries should instead share more vaccines with vulnerable people in poorer countries where variants are most likely to emerge as long as inoculation rates are low.

France announced Wednesday that all travelers from outside the EU, whether vaccinated or not, will have to present a negative COVID-19 test to enter the country.

Beginning Saturday, France will require all non-EU travelers to show a test result taken within 48 hours of arrival, while only unvaccinated travelers from the Schengen zone will need to show proof of a test taken 24 hours before, government spokesperson Gabriel Attal said at a weekly news conference. The decision to introduce mandatory negative tests, which can be either a reverse transcription-polymerase chain reaction (RT-PCR) or antigen test, was taken to effectively deal with the omicron variant, he said.

This will largely impact travelers from non-EU countries including the U.K., the U.S., Canada, China, Japan, Australia, New Zealand and Russia coming to France to spend Christmas and for end-of-year celebrations.

"On this point, we are working on European coordination. A decision will be taken at the end of the week."

France will also restore air links with the southern African countries where the omicron variant was first identified from Saturday under "strict supervision," he announced.

For this, a new category of scarlet red countries will be introduced in the travel restriction including South Africa, Lesotho, Botswana, Zimbabwe, Mozambique, Namibia and Eswatini, from where flights have been suspended since Nov. 26, in addition to Malawi, Zambia and Mauritius.

Attal pointed out that there are currently 13 suspected cases of the omicron variant in France which will be confirmed by health authorities in the coming days and stressed that there is "no panic, but "maximum vigilance" about it.

Meanwhile, Australia's tally of people with the variant of COVID-19 edged higher on Thursday, prompting state governments to bolster domestic border controls. The country's most populous state, New South Wales, reported its seventh case of the variant, a person who arrived on Nov. 23 from Doha, Qatar, and noted that the person had not been in southern Africa, suggesting they caught the virus on the flight.

While the Australian federal government has urged states to avoid a return to the stop-start lockdowns that have defined the country's virus response, health authorities urged caution until they knew more about omicron's infectiousness and virulence.

"We know this virus is dangerous, it does come out in some different forms," New South Wales Health Minister Brad Hazzard told reporters. "Don't take it lightly."

The state's capital, Sydney, Australia's largest city, came out of nearly four months of lockdown to contain a delta outbreak in early October and has been gradually easing curbs as vaccination rates have risen.

But other state governments have been upping their restrictions on interstate arrivals. South Australia, which has no recorded omicron cases, said it would make all people arriving from New South Wales take a COVID test.

The tourism-friendly island state of Tasmania said this week it would ban most overseas arrivals, at odds with federal government moves to allow vaccinated Australians entry into the country if they undertake home quarantine.

Australia has also delayed by two weeks its plan to reopen borders to skilled migrants and foreign students, while citizens returning from southern African countries must undertake two weeks of hotel quarantine.

Australia's closed international border and tough restrictions on domestic movement helped it avoid the high numbers of COVID-19 deaths recorded in many other countries, with about 212,000 cases and 2,000 deaths.