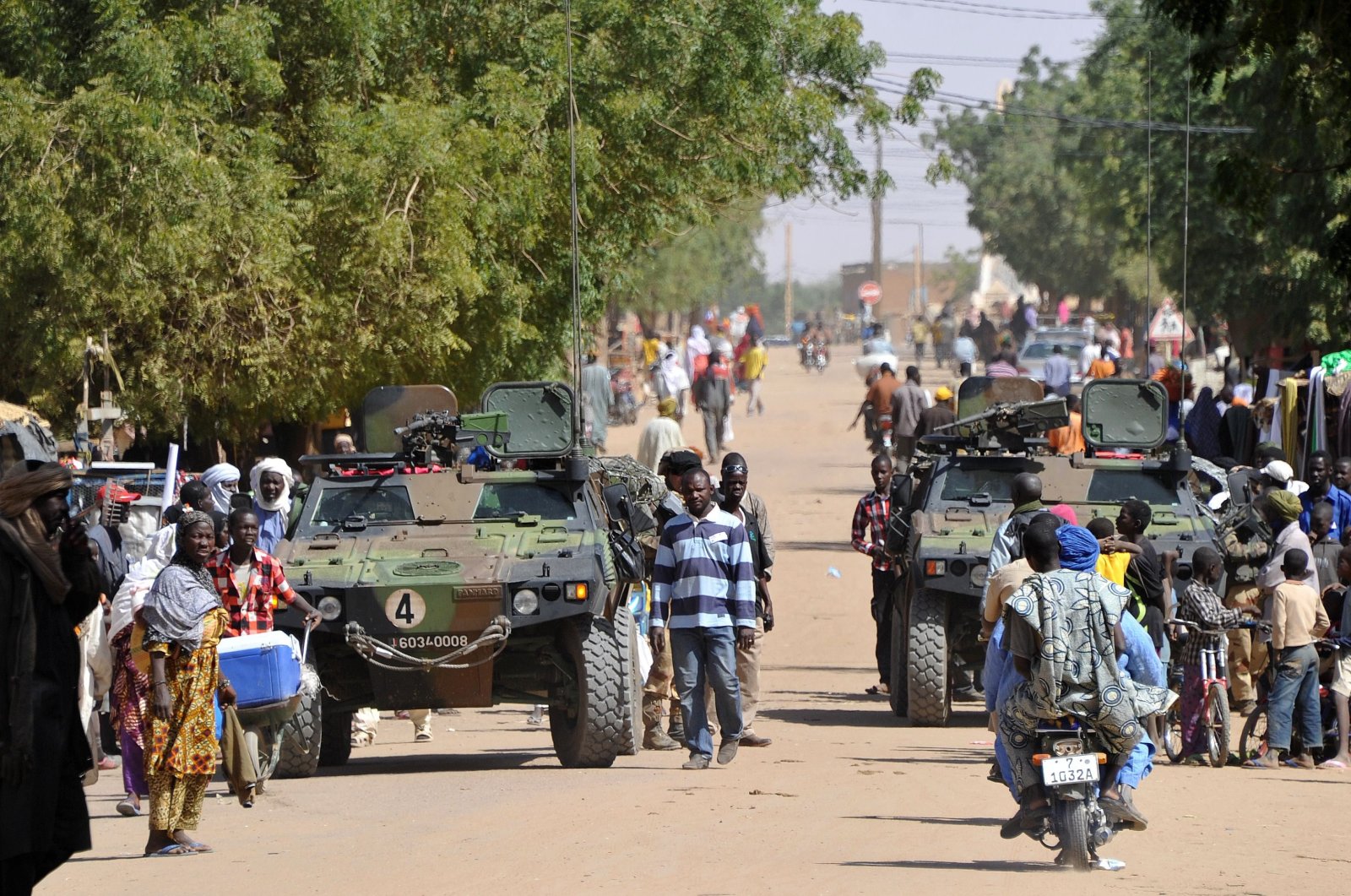 Parly arrived in Mali on Sunday following reports indicating that the country’s military government is close to sealing a deal for 1,000 mercenaries.

The minister, who said she was traveling to the country to reiterate her government's opposition to Wagner, reaffirmed France’s "unwavering support” in the fight against terrorism in Mali and the Sahel.

"For eight years, France, at the request of the Malian authorities, has chosen to support Mali in the fight against armed terrorist groups. France has chosen to unite its partners around a common vision with and for Mali,” she told reporters after meeting with Mali's Defense Minister Sadio Camara.

Noting that their discussions were "frank, direct and complete,” Parly however added that, "We will not be able to cohabit with mercenaries.”

On Sunday, Mali's Foreign Ministry in a statement said it "objected to any state making its choices.”

France sent troops to Mali in 2013 after unrest broke out in the north of the country. But relations between the two countries deteriorated following a coup in August 2020 which toppled President Ibrahim Boubacar Keita.

France suspended military cooperation with Mali in June, and French President Emmanuel Macron announced that he would close bases in northern Mali and draw down the presence of French troops in the Sahel region. The United Nations has 13,000 peacekeepers in the country.

Last week, Malian interim Prime Minister Choguel Kokalla Maiga indicated that talks between his government and Wagner were motivated by the French drawdown.

"There are partners who have decided to leave Mali to withdraw to other countries. There are areas that are abandoned,” he said.

Parly said France supports efforts of the regional group the Economic Community of West African States (ECOWAS) to bring the political transition process in Mali to a successful conclusion.

The growing influence of Russian paramilitary companies and advisers has been witnessed in the Central African Republic (CAR), to the dismay of France. Germany has also warned against the Russian mercenaries, saying their deployment would call into question its military commitments in Mali.

Forces from Wagner are also reportedly present in Libya, Sudan and Mozambique. Mali has been battling an insurgency linked to al-Qaida and Daesh terrorist groups since 2012, when the unrest started in the north of the country.