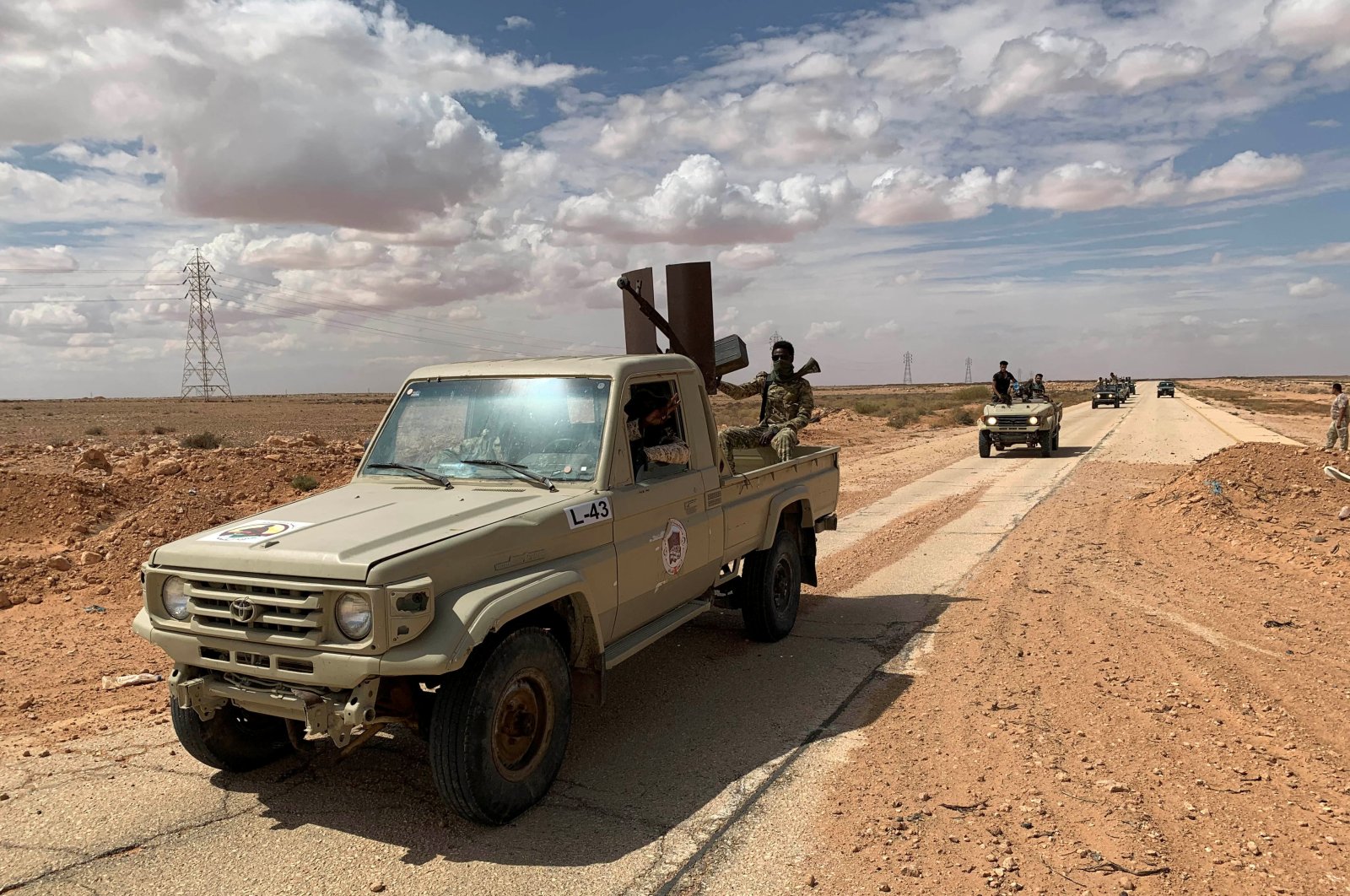 As there has been no progress in the withdrawal of foreign mercenaries and reopening the road connecting the country's east with its west, the U.N. warns the delays could undermine Libya's political transition

The United Nations Special Envoy on Libya Jan Kubis stated that progress toward a path to a political solution in the North African country’s decadelong conflict has come to a standstill, as the Libyan army has accused militias loyal to putschist Gen. Khalifa Haftar of having killed a person.

The current situation is tense in Jufra, and residents have started to assemble in the city center, he added.

In a separate development, Operation Anger of Volcano, affiliated with the Libyan army, reported an unspecified type of fighter plane and a helicopter flown by Haftar forces were spotted in Jufra skies 600 kilometers (373 miles) southeast of Tripoli.

Recently, sources told Daily Sabah that the Russian Wagner Group conducted 137 flights, according to air traffic control systems, between October 2020 and April 2021 from Syria to Libya’s east. These are numbers determined by basic and official air traffic control systems. Besides these, it is known that there have also been flights over Egypt that could not be determined because the IFF (Identify Friend Foe) system was turned off, they added.

Meanwhile, Kubis told the U.N. Security Council Friday that progress on issues such as the withdrawal of foreign mercenaries and reopening the road connecting the country's east with its west had "stalled."

Kubis, speaking to the council via video, warned that the delays could undermine a cease-fire agreement between the country's warring sides.

"Progress on key issues such as the reopening of the coastal road between Sirte and Misrata and the start of the withdrawal of foreign mercenaries, fighters and foreign forces has stalled," he said.

"Further delays in reopening the road work against efforts to build trust between the two sides and could undermine efforts to advance the implementation of the cease-fire agreement, to advance the political transition," he said.

The U.S. ambassador to the U.N., Linda Thomas-Greenfield, also criticized the lack of political progress.

"It's time for the Libyan leadership to clarify the constitutional basis for the election (planned for Dec. 24), pass the required legislation and ensure elections are not delayed," she said, calling for progress before July 1.

Kubis also said the continued presence of foreign fighters and armed groups "is a significant threat not just to Libya's security, but to the region as a whole."

He said it was "critical" to ensure "an orderly departure" and disarm them.

The U.N. support mission in Libya also continues to receive reports of fortifications and defensive positions being set up along the Sirte-Jufra axis as well as air force training activities, he said.

Thomas-Greenfield agreed, saying that "external actors involved in the conflict must cease their military interference and begin to withdraw from Libya immediately."

"There is no room for interpretation here. All means all," she continued.

Unlike the Russian mercenaries who supported eastern-based warlord Haftar, Turkey says its troops sent to Tripoli were sent under a bilateral agreement with the government.

The fear that armed groups will leave Libya to deploy in the region was again raised by several Security Council members, who recalled the recent destabilization in Chad that led to the death of its President Idriss Deby Itno.

"We fear that the guns that fall silent in Libya will resonate more deafeningly in the Sahel, which is undergoing its second wave of impact from the Libyan crisis," said Niger's U.N. Ambassador Abdou Abarry.

In mid-April, the Security Council voted to deploy up to 60 international monitors to the U.N. political mission in Libya to monitor the cease-fire and the withdrawal of mercenaries and foreign fighters.

Libya's ambassador to the U.N., Taher El Sonni, recalled that his country asked all states "to respect" what has been agreed in the Security Council resolutions, "in particular the withdrawal of all foreign forces and mercenaries in order to ensure that the state asserts its sovereignty over its territory."

Libya has been wracked by chaos since a NATO-backed uprising toppled longtime dictator Moammar Gadhafi in 2011 and split the oil-rich North African country between a U.N.-supported government in the capital, Tripoli, and rival authorities based in the country’s east.

In April 2019, Haftar and his forces, backed by Egypt, France, Russia and the United Arab Emirates, launched an offensive to try and capture Tripoli. His 14-month-long campaign collapsed after Turkey stepped up its support of the U.N.-backed government.

An October cease-fire led to the formation of a joint interim government, which took power in March, and is tasked with bringing together the divided country and steering it through presidential and parliamentary elections on Dec. 24.

Following his talks with the Security Council, Kubis visited Turkey on Saturday to discuss recent developments in Libya with Foreign Minister Mevlüt Çavuşoğlu in the southern Antalya province.