Libya mission extended until Jan. 31 amid discord in UN 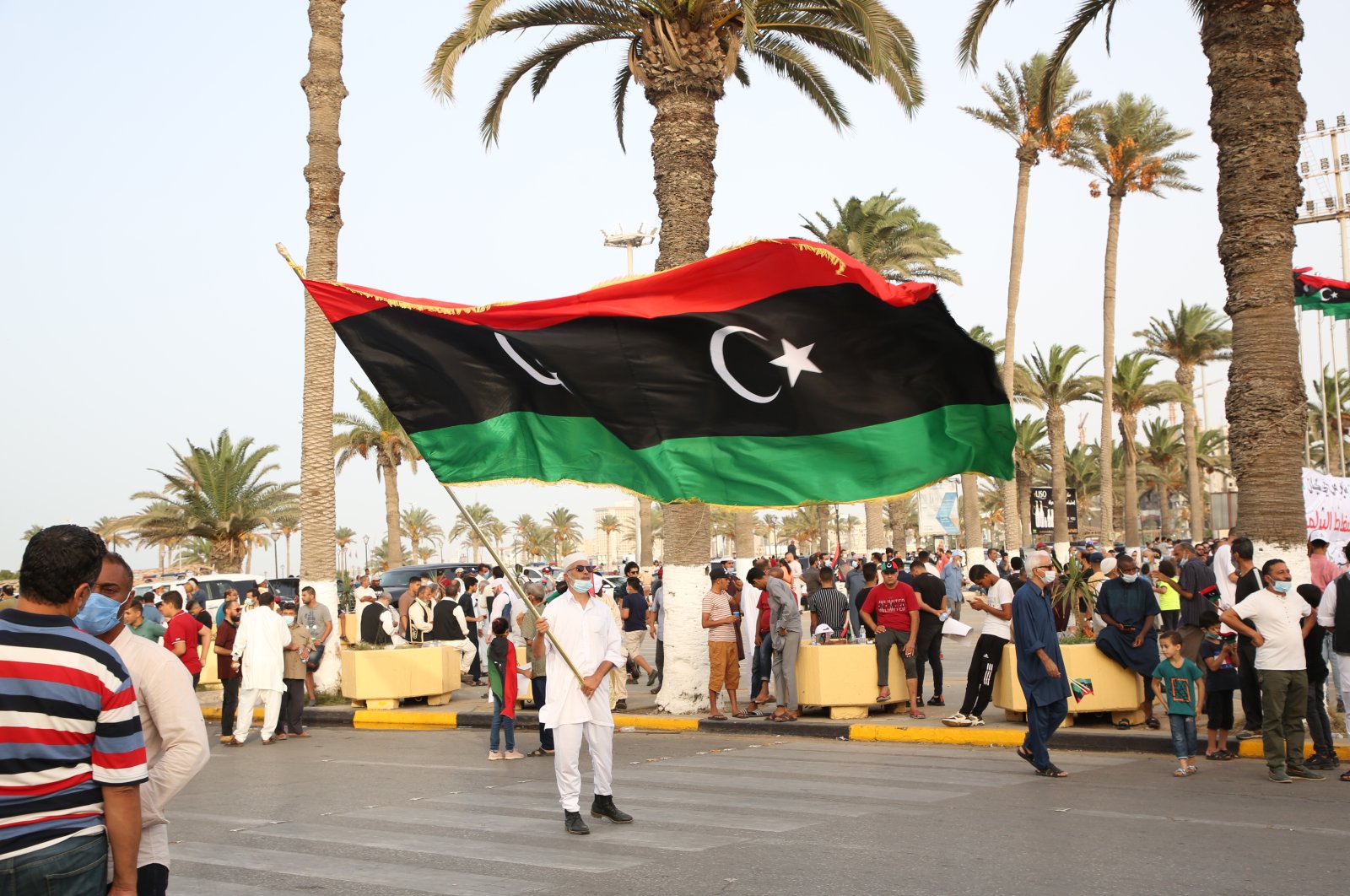 Hundreds of demonstrators protest against Parliament's vote of no-confidence in Tripoli, Libya, Sept. 24, 2021. (AA Photo)
by Daily Sabah with AP Oct 01, 2021 9:45 am
RECOMMENDED

The United Nations Security Council voted unanimously on Thursday to extend the U.N. political mission in Libya until the end of January as the country’s future remains in limbo, raising concerns about whether the planned elections in December can be held.

However, the U.N.'s most powerful body remained divided over the withdrawal of all mercenaries and foreign forces from the oil-rich North African nation and the mission’s leadership.

The vote extended the current mission until Jan. 31 to ensure the United Nations can continue supporting Libya’s transitional government.

The Dec. 24 elections aim to reunite the country after a decade of turmoil. The end-of-January date also coincides with the end of U.N. special envoy Jan Kubis' contract, which has been a subject of debate between Western nations and Russia on where he should be based.

Kubis currently works out of Geneva but a strategic review of the mission, known as the United Nations Support Mission in Libya (UNSMIL), included having its chief relocate to Libya’s capital, Tripoli. The West strongly backed this, especially in the run-up to the elections, but Russia opposed it.

Earlier, the Security Council had extended the UNSMIL’s mandate for only two weeks because of disputes between the West and Russia over the withdrawal of mercenaries, foreign fighters and foreign forces as demanded in an October 2020 cease-fire agreement between rival Libyan governments in the country’s east and west.

Facing rival Western-backed and Russian draft resolutions – both almost certain to be defeated – and Thursday's end of the current mandate, council members decided to simply extend it without any updates or changes.

Britain’s U.N. Ambassador Barbara Woodward expressed regret that not all council members supported its compromise draft resolution, stressing that "Libya is at a critical point" and that it's "essential that the elections take place on time and are credible and inclusive.”

She urged Security Council members to insist on the implementation of the cease-fire agreement, including the withdrawal of all foreign forces and mercenaries from Libya, "without qualification and without delay."

Russia's U.N. Ambassador Vassily Nebenzia said the consensus on the resolution shows international support to the Libyan people "at a very sensitive and very momentous stage" leading up to elections.

He said implementing the strategic review's recommendations should wait until after the election.

Libya has been wracked by chaos since a NATO-backed uprising toppled longtime dictator Moammar Gadhafi in 2011 and split the country between a U.N.-supported government in the capital, Tripoli, and rival authorities loyal to putschist Gen. Khalifa Haftar in the east. Both sides are backed by different armed groups and foreign governments.

Haftar launched a military offensive in 2019 to capture the capital, a campaign backed by Egypt, the United Arab Emirates (UAE), Russia and France. But his march on Tripoli ultimately failed in June 2020, after Turkey sent troops to support the Libyan government, which also had the backing of Qatar and Italy.

This paved the way for the October cease-fire agreement and a transitional government charged with leading the country to Dec. 24 elections.

Thursday's vote postponed a Security Council statement on mercenaries and foreign fighters and Kubis' base. The British draft resolution had called on all countries to comply with the U.N. arms embargo on Libya, "including by ceasing all support for and withdrawing all armed mercenary personnel.”

It also expressed concern at the impact of the Libyan conflict on neighboring countries.

The Russian draft meanwhile called on all Libyan parties to fully implement the October 2020 cease-fire agreement, and urged all countries to pull their foreign forces and mercenaries out of Libya in a "synchronized, parallel, balanced and phased withdrawal."

The U.N. estimated in December 2020 that there were at least 20,000 foreign fighters and mercenaries in Libya, including Syrians, Russians, Sudanese and Chadians. But diplomats said speakers at an informal council meeting in late April declared that there were more – including 13,000 Syrians and 11,000 Sudanese.

In May 2020, the panel said Wagner provided between 800 to 1,200 mercenaries to support Haftar. The British draft had also said the U.N. mission chief should be based in Tripoli and asked Secretary-General Antonio Guterres to retain Kubis as special envoy for six months "to focus on engaging with the Libyan actors, and with the international actors to end their role in the conflict."

The Russian draft was similar but asked Guterres to retain Kubis for six months "with further extensions for a period to be decided by the Security Council” – which would have given Russia veto power over any decision on the special envoy's tenure and base of operations.