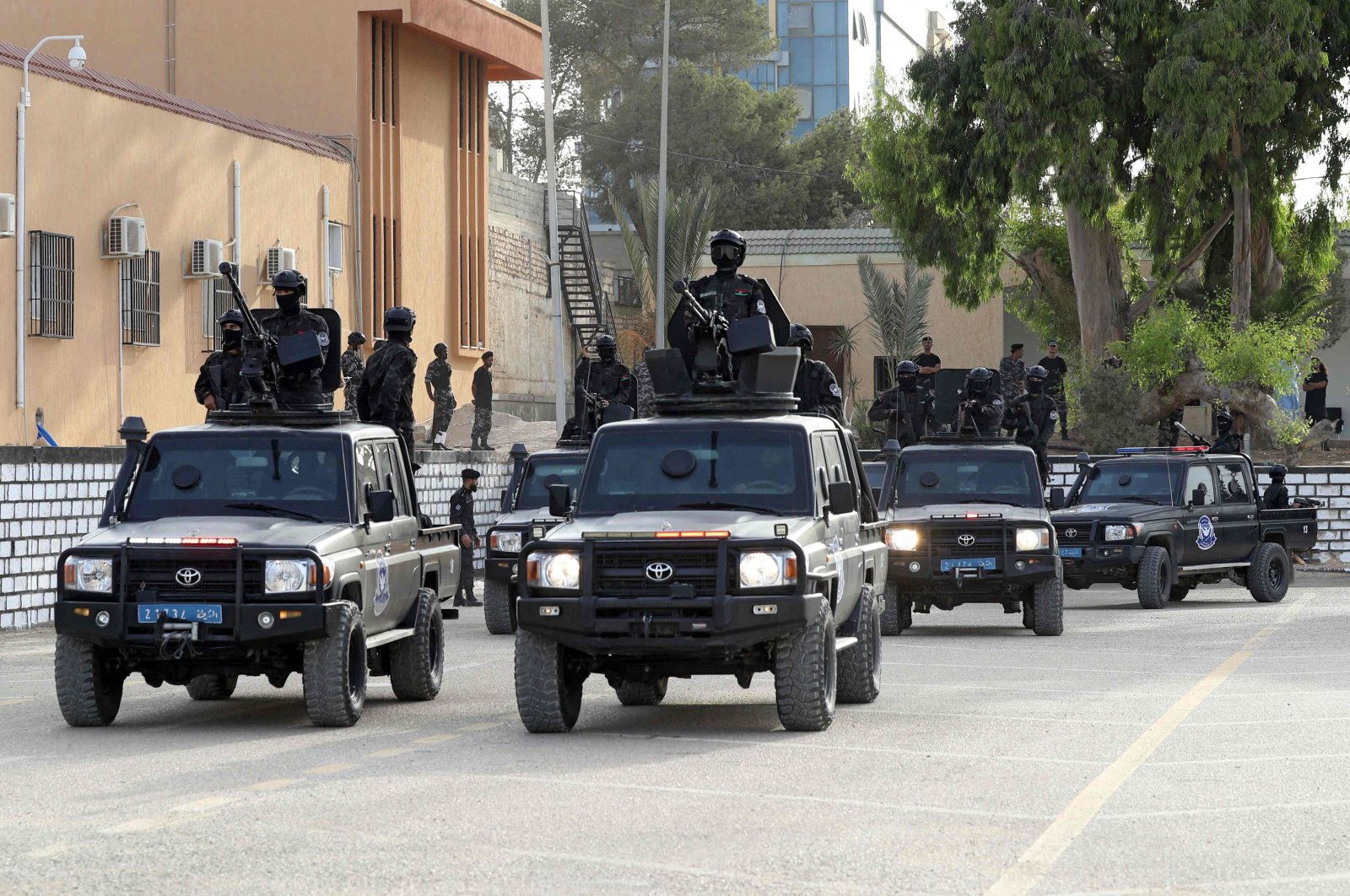 Clashes broke out between forces loyal to putschist Gen. Khalifa Haftar and Chadian rebels as the U.N. warned that a failure to hold elections in December could lead to renewed conflict in war-torn Libya

The members of the United Nations are divided over the mandate of the U.N. support mission in Libya as it remains uncertain whether the anticipated December elections will take place to put the country on a course toward normalcy.

The dispute, voiced by the United States and Russia, led the council to adopt an extension of the current mandate, which was due to expire Wednesday, until Sept. 30 to try to resolve the differences.

At issue is a dispute over recommendations in a strategic review of the mission, known as UNSMIL, including to have its chief relocate from Geneva to Libya’s capital, Tripoli.

Diplomats, speaking on condition of anonymity because discussions have been private, said that Russia was also concerned about proposed language calling for the withdrawal of mercenaries, foreign fighters and foreign forces as demanded in the October 2020 cease-fire agreement between rival Libyan governments in the country’s east and west.

Russia has been one of the biggest supporters of putschist Gen. Khalifa Haftar along with France, Egypt and the United Arab Emirates (UAE) who also backed Haftar’s offensive on the capital Tripoli in 2019.

Moscow has backed Haftar in his fight to seize power from the United Nations-recognized Government of National Accord (GNA), which preceded the newly elected interim government under Abdul Hamid Mohammed Dbeibah.

Libya has been wracked by chaos since a NATO-backed uprising toppled longtime dictator Moammar Gadhafi in 2011 and split the country between a U.N.-supported government in the capital, Tripoli, and rival authorities loyal to warlord Haftar in the east.

Haftar launched a military offensive in 2019 to capture the capital, a campaign backed by Egypt, the UAE, Russia and France. But his march on Tripoli ultimately failed in June 2020, after Turkey stepped up its support for the Libyan government, which also had the backing of Qatar and Italy. This paved the way for the October cease-fire agreement and a transitional government charged with leading the country to elections on Dec. 24.

Meanwhile, forces loyal to Haftar clashed with Chadian rebel forces in the south of Libya on Tuesday and Wednesday, both sides said.

The fighting underscores the risk of further instability in the Sahel region, where an array of groups operate across borders and where fighting has created space for militant organizations.

Haftar’s so-called Libyan National Army (LNA), which holds most of eastern and southern Libya, said it was engaged in military operations against what it called terrorist groups and the Chadian opposition.

The rebel group Front for Change and Concord in Chad (FACT) said via social media that its positions on the frontier had been attacked by Haftar's forces, fighting alongside what it said were Sudanese mercenaries and French troops.

The LNA, alongside support by certain countries, also used fighters from Sudan and Syria, as well as those provided by the Russian Wagner Group, a U.N. panel of experts has said.

Last week, the U.N. special representative for Libya, Jan Kubis, warned that failure to hold the December vote could renew division and conflict and thwart efforts to unite the country. “Aborting the drive for elections will for many be a signal that violence is the only path to power in the country,” he said.

“The country and its people need a full clarity that the elections are going to happen on Dec. 24,” Kubis said. “The existing uncertainty creates a fertile ground for spoilers and skeptics to manipulate the situation against the political transition, feeding in the existing tensions in relations between diverse Libyan institutions and authorities.”

Russia’s U.N. Ambassador Vassily Nebenzia told the council after the vote that Moscow supports the U.N.’s central role in restoring peace to Libya and “we are focused on finding mutually acceptable solutions to the remaining outstanding questions for the future functioning of the mission.”

He said the resolution gives the 15-member council the opportunity to find “a common denominator” over the work of the U.N.'s mission in Libya, saying its main aim now must be “to help the Libyan people" stick to the timetable for the elections.

Richard Mills, the U.S. deputy ambassador, expressed disappointment at the council’s inability to agree on a new mandate for the mission, which he said “has a vitally important role in helping Libya achieve peace and stability."

On the other side, a senior U.S. diplomat said Wednesday that Libya has its best chance for peace since the fall of Gadhafi, urging rival sides to work together ahead of the elections.

"Libya now faces the best opportunity it has had in a decade, to bring the conflict to closure, to move the economy forward and to lay the foundation for a stable democratic society," said Department of State Counsellor Derek Chollet during a visit to Tripoli.

"The U.S. will continue to support this vital process," he told journalists.

But speaking after meeting top figures in the country's transitional government including Dbeibah, he warned that "the moment is urgent."

Chollet's visit came days after parliament speaker Aguila Saleh, a key backer of Haftar, ratified a law governing the upcoming presidential election, sparking anger from parliamentarians and politicians who say he failed to follow due process.

Saleh has long been accused of trying to favor Haftar, a likely candidate for the presidency who controls the country's eastern province and part of the south.

"We ask only one thing of Libyan leaders: that they contribute constructively on what is on offer rather than tear it down while offering nothing instead."

The United States led the 2011 invasion of Libya but has had a fairly hands-off approach since 2012, when an assault on the U.S. consulate in Benghazi killed four Americans, including U.S. Ambassador Chris Stevens.

Libya’s interim prime minister arrived in Cairo on Wednesday for talks on future ties between the two African neighbors, an Egyptian official said.

Dbeibah was greeted at the Cairo airport by his Egyptian counterpart, Mustafa Madbouly, according to Nader Saad, an Egyptian government spokesperson.

Egypt sees the chaos in neighboring Libya as a threat to its stability, with militants using the Libyan desert as a safe haven for launching attacks on Egypt. Tens of thousands of Egyptians have sought work in Libya over the years, although the number has declined since 2011.

El-Sissi said his government would continue its efforts "with all Libyan brothers ... to hold the significant presidential and parliamentary vote by the end of this year.”

He also reiterated calls for foreign forces and mercenaries to be pulled out of the oil-rich country.

It was frequently reported that Egypt supported Haftar, leading to the conflict persisting in the country. In April, the Libyan Army stated that two Egyptian planes that landed in Libya's southern Sabha International Airport had brought weapons and ammunition to Haftar.

Furthermore, Cairo had declared its intent to militarily intervene in neighboring Libya if GNA advances on the strategic Sirte province or the Jufra air base, which would have left Egypt-backed Haftar in a weak position last year.