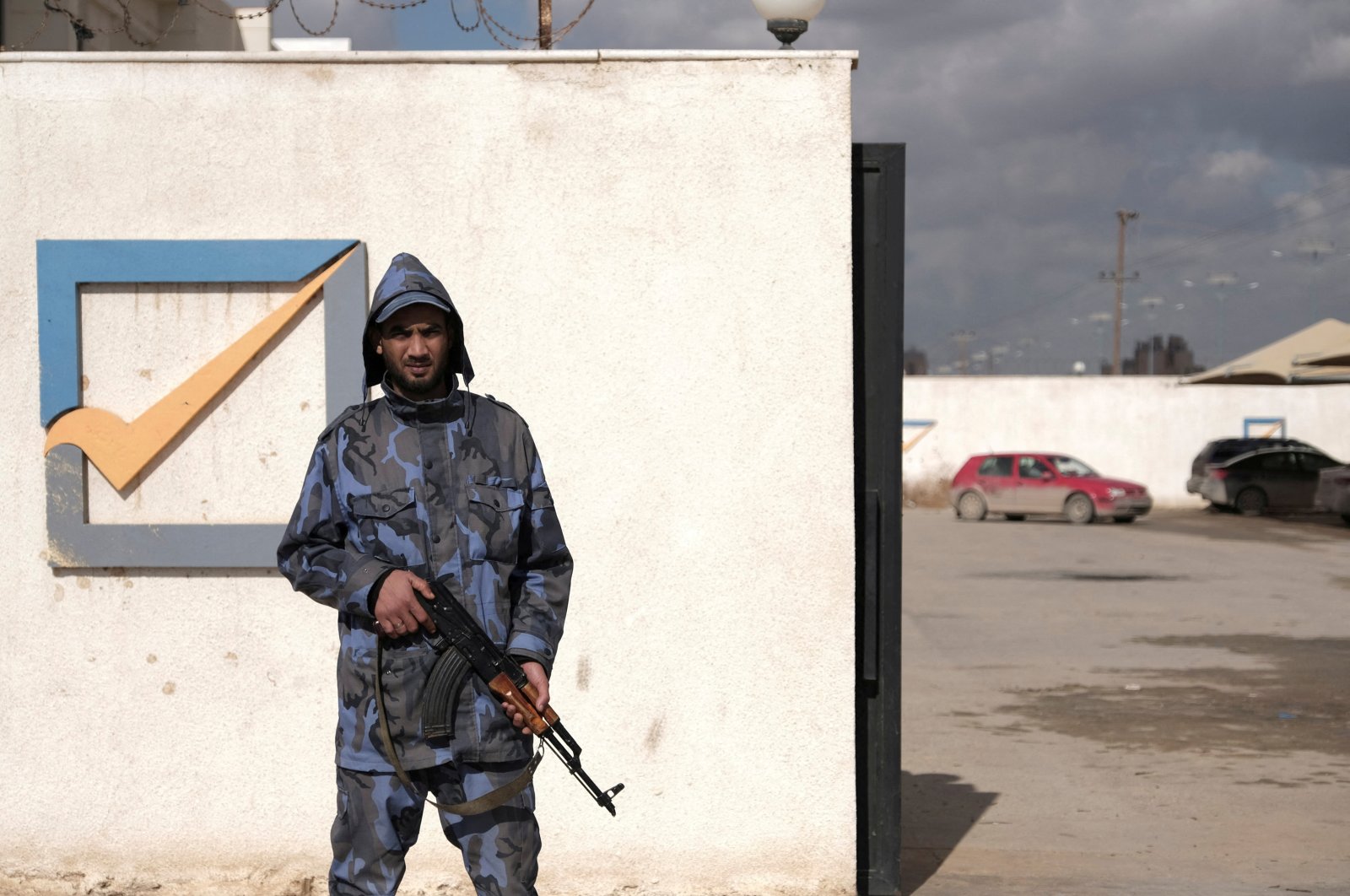 Some of Libya's presidential candidates met on Tuesday in Benghazi to discuss ways to tackle collapsing electoral process that was meant to help end a decade of violence and chaos as the political crisis has deepened again in the coıuntry in recent weeks.

The meeting was prominent after several rounds of backroom talks in the recent days between candidates, factions and foreign powers about delaying the vote and whether an interim government in the meantime can continue to stay in power.

Rival armed groups mobilized in Tripoli early on Tuesday, closing roads in the south of the capital, with schools asking parents to pick up their children.

The presidential election was meant to take place this Friday, but without any clear agreement on rules, and with bitter disputes over the eligibility of major candidates, the process has been stalled and cannot go ahead.

Hadi al-Sagheer, head of the parliament's election committee, said the vote would have to be delayed because there was no longer time to carry out preparatory steps, though no postponement has yet been formally announced.

Candidates, factions and foreign powers involved in Libya are discussing the duration of the delay, whether basic changes need to be made to rules and the vote's legal basis, and whether to replace the interim government or form a breakaway administration.

The group meeting in Benghazi, including putschist Gen. Khalifa Haftar and the former Interior Minister Fathi Bashagha from Misrata, are aligned against the interim Prime Minister Abdul Hamid Dbeibah, who is a rival candidate.

The interim government and the election process were created last year under a United Nations-backed roadmap to end the turmoil that followed the NATO-backed uprising that ousted dictator Moammar Gadhafi.

Dbeibah had promised when he was appointed not to run for office. His opponents say he should not contest because he has been able to use state spending to attract votes.

Haftar's candidacy is controversial in western areas after his 14-month assault on Tripoli from 2019-20, which destroyed much of the city. Another prominent candidate, Gadhafi's son Seif al-Islam Gadhafi, is also unacceptable to many Libyans.

While the disputes are primarily local at present, major groups with footholds in various cities of western Libya are taking sides in the crisis, meaning any clashes could rapidly breakout.

"At this stage, it's more of a local dynamic about dislodging enemies and capturing land," said Emadeddin Badi, a Libya analyst with the Atlantic Council.

"But it could evolve into something a lot bigger," he said after alliances and rivalries among factions had crystallized over recent months.

"I left my home this morning and found myself among dozens of military vehicles," said Mohammed Ali, a 40-year old state employee in the Ain Zara district of Tripoli.

"My sister phoned me to ask her to pick her up from school because the principal told all parents to collect their children," he said. "If there are no elections, there will be a war."

Libya has been torn by civil war since the ouster of late ruler Gadhafi in 2011. Turkey has supported the country's U.N. recognized government against Haftar.