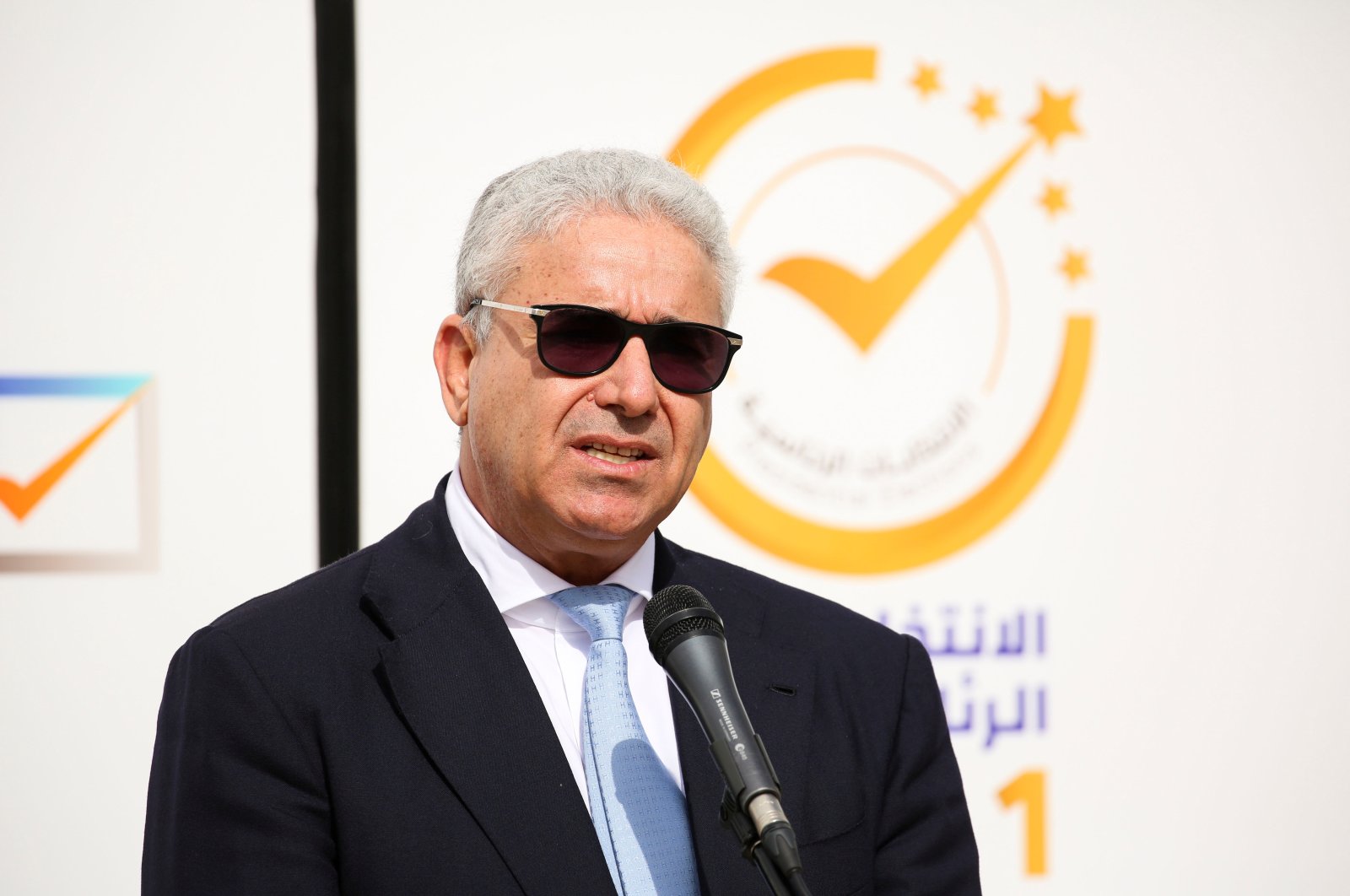 Fathi Bashagha, former Interior Minister, delivers a speech after submitting his candidacy papers for the upcoming presidential election at the Headquarters of the Electoral Commission in Tripoli, Libya, Nov. 18, 2021. (REUTERS)
by ASSOCIATED PRESS Nov 18, 2021 4:51 pm
RECOMMENDED

Libya’s former Interior Minister Fathi Bashagha announced Thursday his bid to run for president in the much-anticipated elections next month, the latest candidate to join the race for the highest office in the oil-rich nation devastated by years of civil war.

Bashagha submitted his candidacy papers in the capital of Tripoli and declared that his political platform envisages “a new Libya" based on justice, respect for human rights and a market-led economy.

The 59-year-old is the fourth candidate to enter the fray, which has so far seen three controversial figures announce their bids, including a son of the country’s late dictator Moammar Gadhafi and a powerful military commander.

The vote faces growing uncertainty. Libya has been wrecked by chaos since a NATO-backed uprising toppled Gadhafi in 2011. The country had for years been split between a government in the east and a United Nations-supported administration in Tripoli, aided by western-based militias and backed by Turkey.

“Libya will not go back to pre-2011. We will build a new Libya," Bashagha told reporters after announcing his bid. “We will bring an end to suffering, tears and blood."

“Libya will turn from a rentier state into a free-market economy," he added. “We will be embracing reform, reconciliation and the reconstruction.”

A former air force pilot and businessperson, Bashagha served as interior minister from 2018 until earlier this year in the U.N.-supported government headed by Fayez Sarraj, establishing himself as an influential figure in western Libya. He cultivated ties with Turkey, France and the United States, but also with Egypt and Russia which backed his nominal rivals in the intra-Libyan conflict.

Sarraj’s government stepped down after a new transitional government was elected by Libyan delegates in Geneva in February under U.N.-mediated talks. Bashagha was a contender for the post of prime minister but in the end, Abdul Hamid Mohammed Dbeibah was chosen to lead the transitional Cabinet.

The interim government's task is to steer Libya toward national reconciliation and lead the nation through general elections set for Dec. 24.

Bashagha survived an attack on his motorcade on a Tripoli highway in February, when gunmen opened fire on his motorcade. He was unhurt but at least one of his guards was wounded.

The race to presidency kicked off on Sunday, when Seif al-Islam Gadhafi, the son and one-time heir apparent of the late dictator, filed his official candidacy papers in the southern town of Sabha. Seif al-Islam, who is wanted by the International Criminal Court (ICC) on charges of crimes against humanity, spent recent years in hiding after he was released from a militia-run prison in the town of Zintan in June 2017.

On Tuesday, the commander of a self-styled army that answered to Libya's east-based administration, Khalifa Haftar, announced his bid. Haftar's forces had previously besieged Tripoli in a yearlong campaign to try to capture the Libyan capital. He is also a defendant in at least three separate federal lawsuits filed in a U.S. court where plaintiffs allege their loved ones were killed or tortured by his forces.

Libya's influential Parliament Speaker Aguila Saleh joined the race late Wednesday. The 77-year-old has led the country’s House of Representatives that came to power in the 2014 elections, which ended up being contested. In the aftermath, Libya split further into rival administrations in the east and west, and the lawmaking body fled from Tripoli to the eastern city of Tobruk after a court ruled it was no longer legitimate.

The December elections also face other obstacles, including occasional infighting among armed groups, the deep rift that remains between Libya’s east and west, and the presence of thousands of foreign fighters and troops.