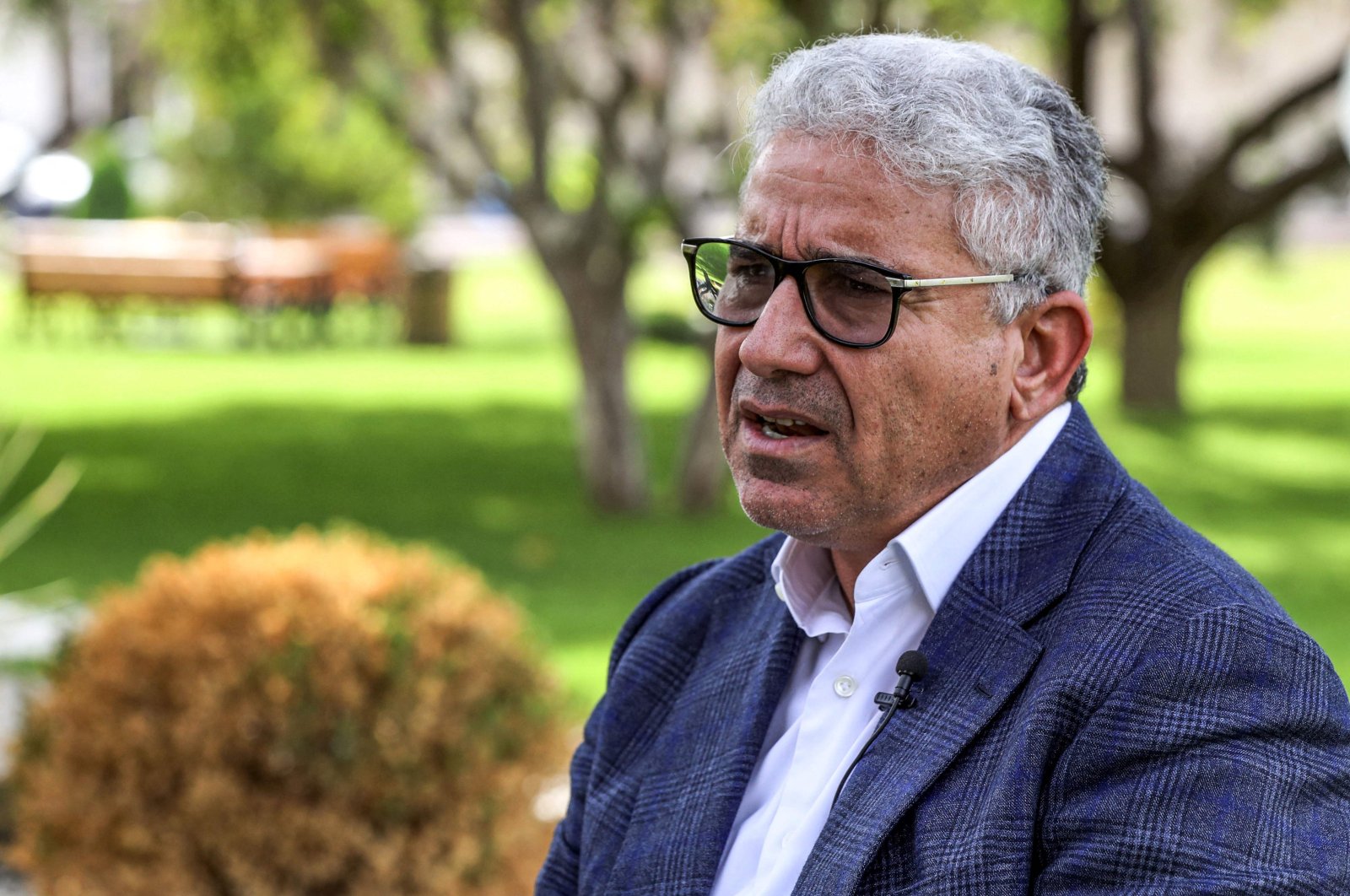 Fathi Bashagha, Libya's former interior minister, speaks during an interview with the AFP in the capital Tripoli, Libya, Oct. 6, 2021. (AFP Photo)
by DAILY SABAH WITH AGENCIES Oct 12, 2021 8:44 am
RECOMMENDED

Libya's former Interior Minister Fathi Bashagha, who remains the only politician so far to publicly announce his candidacy for the presidential elections on Dec. 24, prioritizes security and economic reforms.

The polls will end a year that started badly for the 59-year-old.

In February, he was narrowly beaten in elections to the post of interim prime minister as part of United Nations-led peace efforts.

That same month, he survived what aides called a "well-planned" assassination attempt – a hail of bullets fired at his convoy on a highway near Tripoli.

But Bashagha, a heavyweight in Libyan politics and champion of efforts to integrate the North African country's many militias into the state, is not backing down.

He wants to get Libya back on its feet by reviving the crisis-hit economy, he told Agence France-Presse (AFP) in an interview in his garden in the Tripoli suburbs.

"Security goes hand in hand with economic reform," he said.

"There needs to be an urgent plan for economic reform and to strengthen the dinar against the dollar, and the private sector needs to be encouraged."

The December polls are part of U.N.-led efforts to turn the page on a decade of violence in the North African country, just over a year after a landmark cease-fire between eastern and western camps.

Bashagha, a major player in Libyan politics and a champion of anti-corruption efforts, has stepped up efforts in recent months to absorb armed groups into state security forces while trying to rein in those acting outside the state, a campaign rejected by some groups.

The 58-year-old served as interior minister for the U.N.-backed Government of National Accord (GNA) since 2018 and had been a favorite to lead a new interim government under the U.N.-led peace efforts following an October cease-fire last year.

The post finally went to Abdul Hamid Dbeibah, a 61-year-old engineer who has called for reconstruction, democracy and reunification in Libya.

That system collapsed as the country fell into conflict after Gadhafi was toppled and killed in 2011, leaving many Libyans in poverty and without access to basic services.

Bashagha said bringing the country together must involve local authorities.

"Local government must be strengthened through a decentralized system, via municipalities and provincial authorities," he said.

Libya has seen a year of relative peace since an October cease-fire following eastern-based putschist Gen. Khalifa Haftar's failed bid to seize the capital Tripoli in the west, but bitter rivalries remain.

Some analysts have warned of a return to the conflict should the polls be canceled – or be held but produce contested results.

But "the elections must go ahead," Bashagha warned.

Otherwise "there would certainly be a political conflict and extreme polarization, which I fear could turn into an armed conflict."

The run-up to the elections has been overshadowed by disputes over their legal basis.

Bashagha said, "some politicians don't want to see elections held as that would threaten their personal interests."

Some Libyans "also fear the election of someone inappropriate, either from the previous regime or a military figure," he said.

Libya's eastern-based parliament in September passed a bill on presidential polls that critics say bypassed due process and was tailor-made to allow a bid by Gen. Haftar – who then temporarily stood down from the military, allowing him to run.

Seif al-Islam, son of Gadhafi, gave a rare interview to The New York Times in July in which he suggested he too may run.

The polls follow years of U.N. efforts to find a way out of the violence that has plagued Libya since Gadhafi's fall.

Bashagha was involved in U.N.-led talks in Morocco in 2015 that led to the creation of a previous unity government.

But it was his term as interior minister from 2018 to 2021 that brought him onto the national stage, with his campaign to reduce the influence of Libya's vast array of militias and integrate them into the state.

"It needs one single army, something that shouldn't be hard under a unified government."

Bashagha, from the port city of Misrata, is one of the few Libyan politicians to have good relations with all major foreign players in the country's conflict. He told AFP that Libya would also need help from the U.N. and the European Union on irregular migration.

The country has become a major conduit for migrants boarding unseaworthy boats to seek better lives in Europe. Those stuck in Libya often face horrific abuse at the hands of militias.

"Libya has a big problem regarding its southern borders which are out of the state's control," Bashagha said.

"The borders should be brought under control using advanced technology – but we should invest in some categories of migrants because Libya needs qualified workers," he added.

Bashagha has defended the presence of Turkish forces that he said had helped the U.N.-backed authorities in Tripoli defend the capital from forces loyal to Haftar, who may himself become a rival presidential candidate.

He noted that it was the former Libyan government under then-Prime Minister Fayez Sarraj that had requested Turkish support "to help with the defense of Tripoli."

"And indeed, owing to the Turkish help, it was possible to defend the city and the attack failed," he said.

While Turkey and Qatar have been the main backers of the internationally recognized GNA, Haftar was supported by Egypt, Russia, France and the United Arab Emirates.

In April 2019, Haftar and his forces launched an offensive to try and capture Tripoli. His 14-month campaign collapsed after Turkey stepped up its military support of the U.N.-backed government.

An October cease-fire agreement that included a demand for all foreign fighters and mercenaries to leave Libya within 90 days led to a deal for the transitional government and December elections.