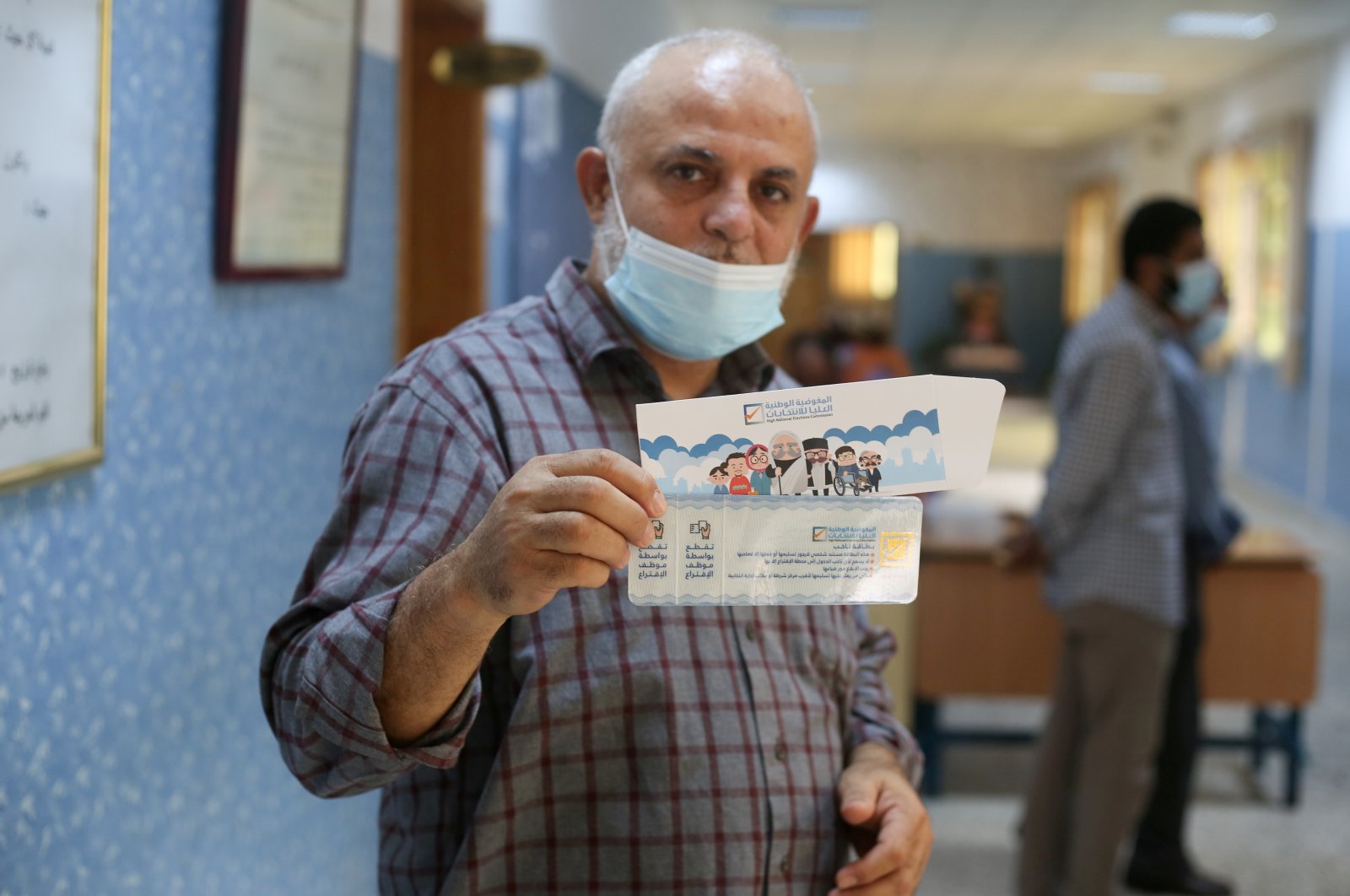 A man shows his voter card inside the polling station in Tripoli, Libya November 8, 2021. REUTERS/Hazem Ahmed/File Photo
by Daily Sabah with AFP Dec 09, 2021 10:49 am
RECOMMENDED

A United Nations-led political process targeting Dec. 24 polls has been undermined by bitter divisions over the legal basis for elections and who should be allowed to run, with a string of controversial figures stepping forward.

The High Council of State, equivalent to a senate, suggested the presidential vote could take place in February to avoid further threatening the country's political transition.

"Pushing forward with presidential elections without any formal constitutional or legal rules, amid tension, mistrust among (Libyan) actors and foreign interference, could destroy the entire political process," it said in a statement.

Omar Boshah, first deputy president of the council, told journalists in Tripoli that if the vote goes ahead on Dec. 24, "the results will not be accepted."

In October the eastern-based body said the legislative ballot had been delayed from Dec. 24 to January.

But the United Nations mission in Libya has urged leaders to stick to this month's date for both presidential and legislative ballots in order to boost their credibility.

The elections come after more than a year of relative peace in the North African country, following an October 2020 ceasefire between warring eastern and western camps.

However, analysts have warned that violence could easily flare again surrounding the vote.

The council suggested parliamentary elections go ahead in February.

It said the newly elected house's first task would be to draft a revised constitution – the first since dictator Moammar Gadhafi cancelled the last one in 1969.

The North African country has been mired in civil war since the overthrow of dictator Moammar Gadhafi in a 2011 uprising. The bloodshed has drawn in competing Libyan factions and extremist groups as well as foreign powers. After years of conflict between the United Nations-recognized Government of National Accord (GNA) and illegitimate forces loyal to putschist Gen. Khalifa Haftar in Libya and the consequential difficult diplomatic period, an interim unity government was established earlier this year.

Selected through a United Nations-led process, Libya’s new unity government, the Government of National Unity (GNU), was sworn in on March 15. It is derived from two rival political groups that ruled the country's eastern and western regions, completing a smooth transition of power after a decade of violent chaos.

In 2019, Ankara signed a maritime delimitation agreement with the GNA over the Eastern Mediterranean that provided a legal framework to prevent any fait accompli by regional states. The two countries also signed a military cooperation accord. According to a deal with the legitimate government in Libya, Turkey sent troops to shore up the U.N.-recognized government in Tripoli while Russia and other countries, including France, supported the eastern-based illegitimate forces led by Haftar.

But with just two weeks to go until the landmark vote, a final list of candidates has yet to be issued and campaigning has not officially begun.