'Lives could have been saved': Ethiopia airstrike survivors say 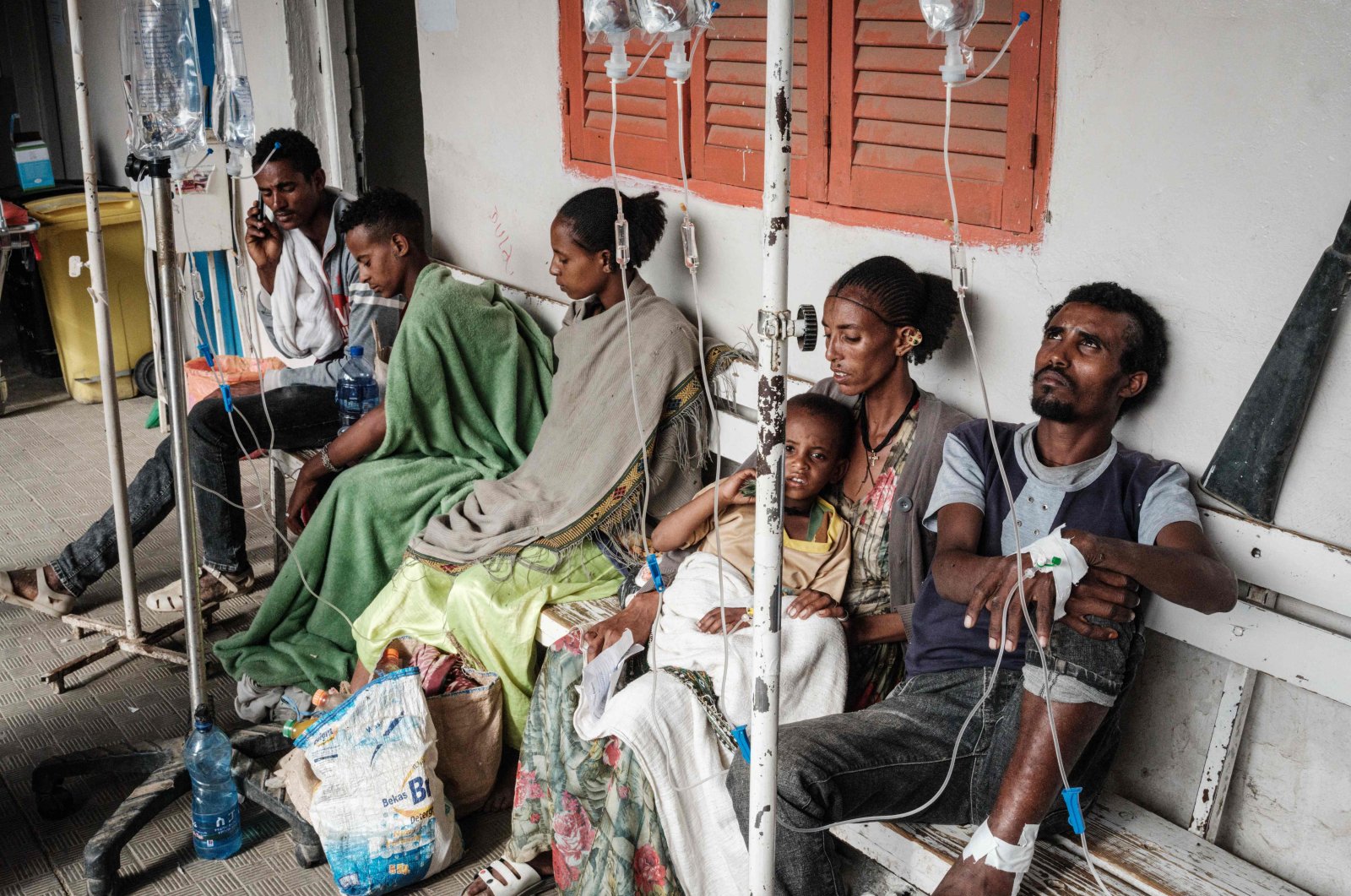 Motivated by ethnic tensions, the conflict in Ethiopia's Tigray region has taken a new shape following a government airstrike on civilians amid reports that soldiers also blocked medical response staff from reaching the scene.

Maerg was serving customers at his cafe in Ethiopia’s Tigray village of Togoga when the military airstrike occurred, filling the room with dust and bringing down debris that struck him on the head.

"Everything was covered in black smoke, it was like a hell,” he told The Associated Press (AP) by phone, recounting one of the deadliest attacks in the Tigray conflict. "There was so much blood.”

Seven people were killed in his cafe alone, and some 30 were wounded, including his sister-in-law, who suffered burns on her face, hands and legs. Outside, he said, he saw dozens more bodies. As time passed, he watched in horror as survivors realized that Ethiopian soldiers were blocking medical aid from arriving.

"We feel very angry because a lot of lives could have been saved,” he said.

Such witness accounts are emerging after Ethiopia’s military said it was responsible for the airstrike that struck Togoga’s busy marketplace on Tuesday, which health officials said killed at least 64 people and injured dozens more. Many died when soldiers blocked medical teams from reaching them, or from taking them to hospitals in the regional capital, Mekele, just 60 kilometers (37 miles) away, health workers said.

The military said the airstrike targeted Tigray fighters dressed in civilian clothes who had gathered to celebrate Martyrs’ Day. But witnesses told the AP that although fighters loyal to Tigray’s former leaders had been active in the surrounding countryside days before the airstrike, armed men were not in Togoga on the day of the attack.

Most of the victims were women and children, said a doctor who treated people at the scene.

In a war that has been largely fought in the shadows, with communications and transport links often cut since fighting in Tigray began in November, the airstrike in Togoga was a rare instance of a massacre emerging almost immediately. Within minutes, one former resident had tweeted the news. Within hours, there was international condemnation.

"Reprehensible,” the United States said, as it, the United Nations and the European Union again called for a cease-fire in Tigray, where thousands of people have been killed and hundreds of thousands now face the world's worst famine in a decade.

Shaken survivors of the airstrike challenged the Ethiopian government’s narrative, saying only civilians had been killed.

"There were not any fighters in the marketplace, just rural people who had arrived for the market," said Luel, a farmer who was buying clothes there when the earth shook and his leg was broken by the blast. He said he saw "around 60" bodies on the ground. As with others interviewed, the AP is using only his first name for his safety.

Habtay, who also was shopping in the market, also said no fighters were present. He suffered a shrapnel wound to his stomach but couldn’t reach a hospital until Thursday, two days after the bombing.

"Everything was covered in dust and smoke," he said. Helpless, he watched some survivors try to give each other first aid.

Medical care would not reach people for hours, even more than a day. Health workers told the AP they were repeatedly denied access to the Togoga by Ethiopian soldiers on the day of the attack and the following morning. One doctor, who spoke on condition of anonymity for fear of reprisals, said soldiers shot at his ambulance when it tried to pass a checkpoint.

Yohannes, a farmer hit in the chest by a bomb fragment, said a convoy of four ambulances attempting to evacuate him and other patients to hospitals in Mekele was blocked by soldiers and ordered back to Togoga. One patient died after returning to the village, he said.

Even after reaching Mekele, six wounded survivors of the airstrike were detained en route to a hospital, a regional health official said, on condition of anonymity for fear of reprisals. Three were later released, but the others, including a teenage boy, were held at a military barracks, the official, who described the situation as "very desperate.” It was not clear why they were detained.

The airstrike occurred at a pivotal moment in Ethiopia, a day after much of the country voted in a national election that Prime Minister Abiy Ahmed, the 2019 Nobel Peace Prize winner, has promoted as part of political reforms.

But the war in Tigray, sparked in part because the national election was delayed last year amid the COVID-19 pandemic, has overshadowed the vote. The election itself has drawn criticism by the U.S. and other observers who pointed to the detention or harassment of some opposition figures and deadly insecurity in parts of the country.

Ethiopia, with the airstrike, again finds itself on the defensive. It has disputed allegations that its troops have committed widespread human rights violations in Tigray – though the U.N. has said all sides in the war have committed them – and it asserts that aid has reached 5.2 million people in the region of 6 million.

The murder of three Doctors Without Borders staffers, announced by the aid group on Friday, brought a new round of condemnation of the atrocities in Tigray. It was not immediately clear who killed them.