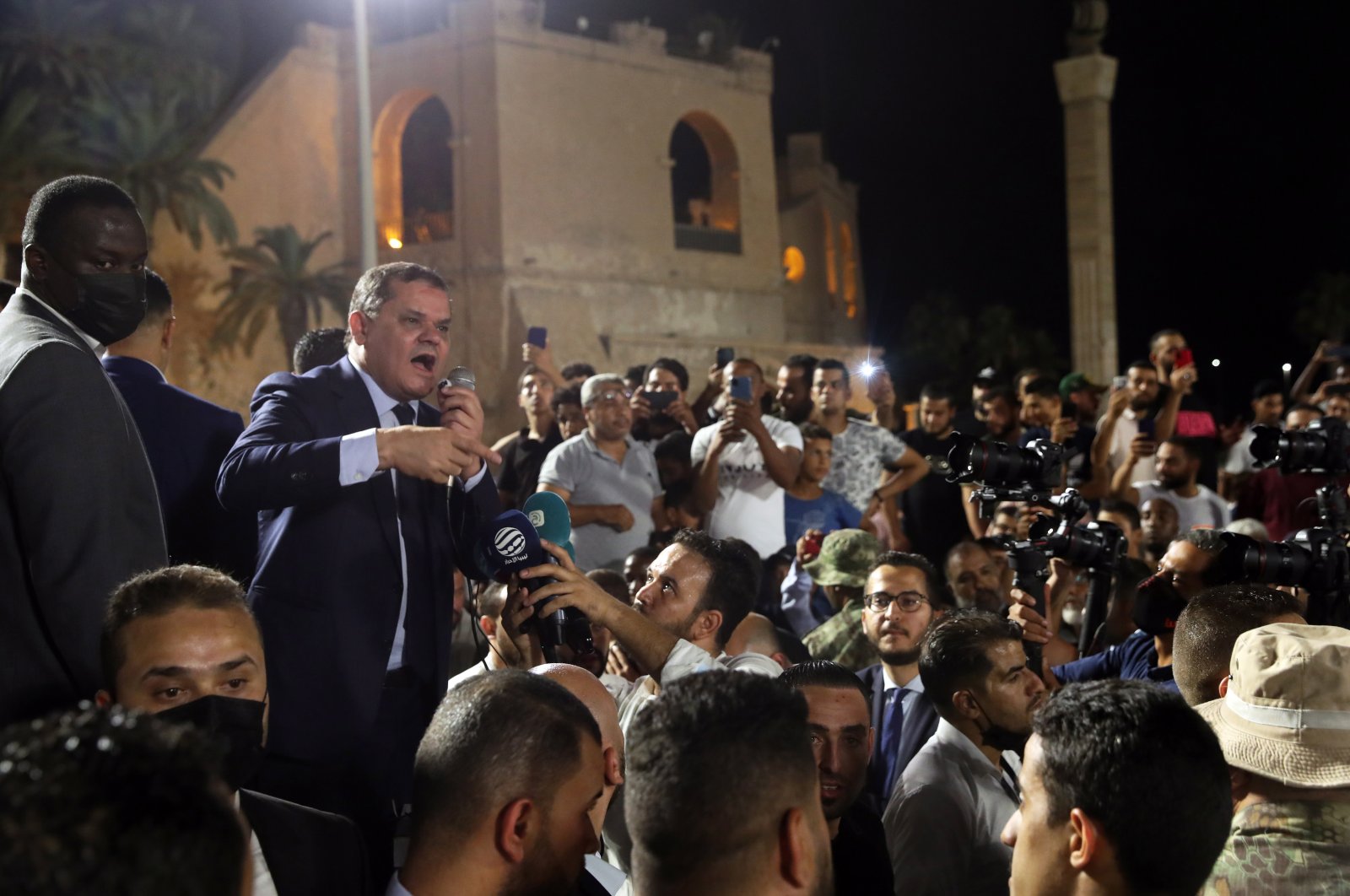 Libya's Prime Minister Abdul Hamid Mohammed Dbeibah called on Libyans to "go out and express their opinion," after the eastern-based parliament withdrew the vote of confidence from his government.

His remarks came in a speech on the sidelines of a football match he attended in al-Zawiya, according to the Libyan government portal.

Following the decision by the House of Representatives to withdraw confidence from the government, the High Council of State said that the move was "void" as its procedures violate the constitutional declaration and political agreement.

"No to war, no to division, yes to elections," said Dbeibah. "Our goal is to expel the specter of war forever."

"We are strong with the country's unity and integrity," he added.

Dbeibah did not comment on the House of Representatives' withdrawal of confidence from his government.

But addressing the Libyan people, he said: "You are the owner of the word and legitimacy."

Tension has risen between parliament, the High Council of State and the Government of National Unity (GNU) over electoral powers and laws.

Last week, Libya's eastern-based Parliament Speaker Aguila Saleh signed a law allowing a presidential election to take place in December, though another body of state rejected the move, saying the legislation was flawed. The High Council of State, a body empowered by a political agreement in 2015, said Saleh had unilaterally pushed the law through using powers he did not possess in order to "obstruct the upcoming elections by deliberately issuing a flawed law."

Meanwhile, putschist Gen. Khalifa Haftar still operates independently of the GNU and claims to be "commander in chief of the Libyan National Army," quarreling with the Presidential Council over its competence.

The presidential and parliamentary elections were mandated through a United Nations-backed political forum last year in a process that also led to the installation of a unity government in March.

Libya's peace process has stuttered since the unity government was installed due to difficulty reaching consensus on how elections should be held and a unified budget. There are doubts about whether the election will take place.