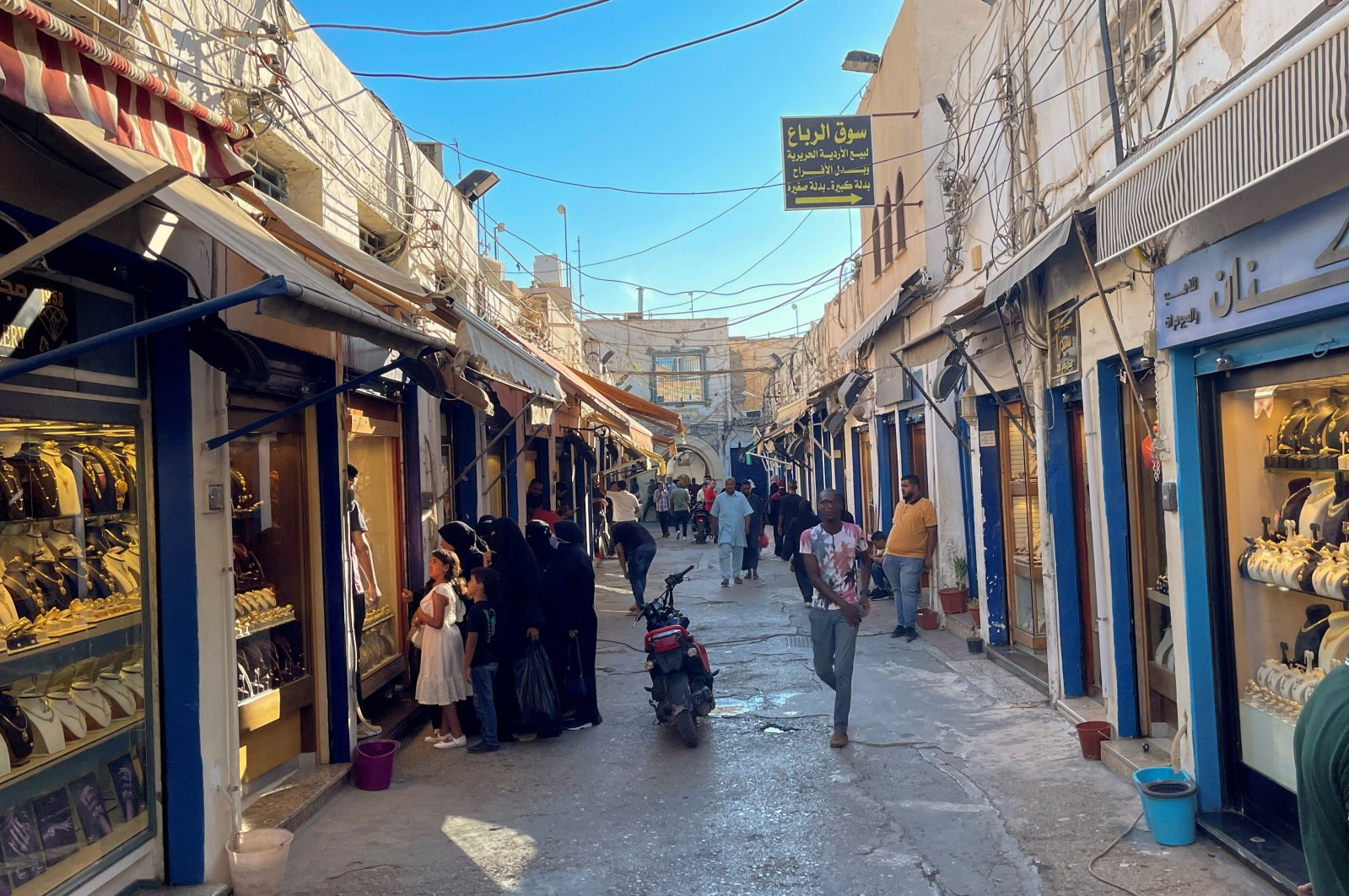 Controversy over a voting law for Libya’s upcoming elections in December poses a new challenge to reaching peace in the war-torn country.

But the final version of the bill had not been presented to the assembly for a vote.

Critics charge that Saleh bypassed due process and pushed through a law favoring his ally, the eastern-based putschist Gen. Khalifa Haftar.

They cite a clause stipulating that military officials may stand in presidential polls, on the condition that they withdraw from their roles three months beforehand – and that, if unsuccessful, they will receive backpay.

That would allow for a presidency run by Haftar, whose forces control eastern Libya, where the parliament is based, as well as parts of the south.

The lull in violence and a U.N.-led transition process have sparked hopes that Libya could move on after a decade of violence that followed the fall and killing of dictator Moammar Gadhafi in a 2011 revolt.

But analyst Khaled al-Montasir warned that the latest move by Saleh, which bypassed state bodies in western Libya as well as members of his own assembly, could spark a return to fighting.

"The parliament can't pass a law on presidential elections on its own, especially given that there are still tensions and disputes among various parties," he said.

"There needs to be agreement over any law, given the current delicate situation."

"Saleh is presenting everyone with a fait accompli," said Libya expert Jalel Harchaoui.

"While his methods are problematic, he knows very well that he's filling a void."

Some Libyans, outside powers and even the U.N. could be tempted to accept the law, despite it being passed "on the sly and in an arbitrary manner, without a real vote," Harchaoui added.

U.N. envoy Jan Kubis told the Security Council on Friday that Saleh had "informed" him that "the presidential electoral law was already adopted" – although he noted that other state bodies had complained that they had not been consulted before it was passed.

Kubis warned that a failure to hold presidential and parliamentary elections in Libya on Dec. 24 could renew conflict and cripple efforts to unite the country.

“The existing uncertainty creates a fertile ground for spoilers and skeptics to manipulate the situation against the political transition, feeding on the existing tensions in relations between diverse Libyan institutions and authorities.”

He stressed that holding elections, “even in a less than ideal situation, and with all imperfections, challenges and risks is much more desirable than no elections, as that could only foster division, instability and conflict.”

France, seen as favoring Haftar, has welcomed the law as valid, while other states have been more cautious.

President Abdel-Fattah el-Sissi of neighboring Egypt, a key Haftar backer, on Thursday "stressed the importance of the upcoming Libyan elections in respecting and activating the free will of the ... Libyan people," according to a statement following a visit by Libyan Prime Minister Abdul Hamid Mohammed Dbeibah.

"We ask only one thing of Libyan leaders: that they contribute constructively on what is on offer rather than tear it down while offering nothing instead," he told journalists.

But Harchaoui said that either scenario was likely to bolster Saleh.

"Either his methods will be rejected as invalid, and presidential elections will not be held in the coming months, meaning he remains president of parliament," he said, "or elections will indeed take place – but according to rules set by Saleh."