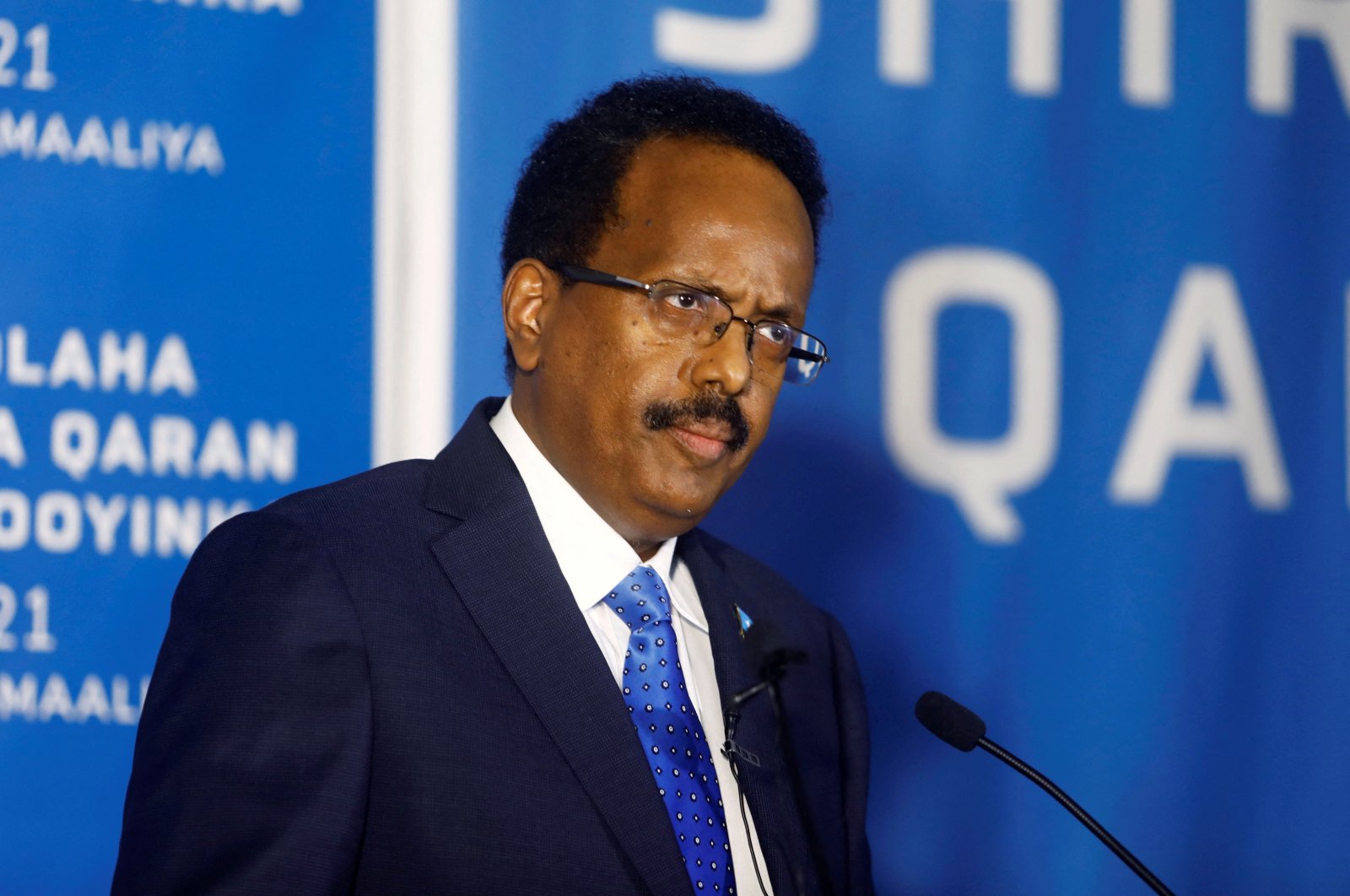 Somalia President Mohamed Abdullahi Mohamed announced Monday that he was suspending Prime Minister Mohamed Hussein Roble, a day after the two men sparred over long-delayed elections in the troubled Horn of Africa nation.

"The president decided to suspend Prime Minister Mohamed Hussein Roble and stop his powers since he was linked with corruption," the president's office said in a statement, accusing the premier of interfering with an investigation into a land grabbing case.

Relations between the president, better known as Farmajo, and Roble have long been frosty, with the latest development threatening Somalia's stability as it struggles to hold elections.

On Sunday, Roble accused the president of sabotaging the electoral process, after Farmajo withdrew the prime minister's mandate to organize the elections and called for a new committee to "correct" the shortcomings.

Roble, who has not responded to Monday's suspension announcement, said Farmajo did not want to hold "a credible election in this country."

Farmajo in turn has accused Roble of trying to influence a probe into a scandal involving army-owned land after the premier sacked the defense minister and replaced him on Sunday.

"The prime minister has pressurised the minister of defence to divert the investigations of the case relating to the grabbed public land," Monday's statement said.

In April, pro-government and opposition fighters opened fire in the streets of Mogadishu after Farmajo extended his term without holding fresh elections.

The constitutional crisis was only defused when Farmajo reversed the term extension and Roble brokered a timetable to a vote. But in the months since, a bitter rivalry between the men derailed the elections again, straining ties with Western allies long impatient for the process to finish peacefully.

Farmajo and Roble only agreed to bury the hatchet in October and issued a unified call to expedite the tedious election process.

Elections for the upper house have concluded in all states and voting for the lower house began in early November. Analysts say the election impasse has distracted from Somalia's larger problems, most notably the violent al-Shabab insurgency. The al-Qaida allies were driven out of Mogadishu a decade ago but retain control of swathes of countryside and continue to stage deadly attacks in the capital and elsewhere.

On Sunday, the U.S. Embassy said it was "deeply concerned by the continuing delays and by the procedural irregularities that have undermined the credibility of the process".

"We strongly urge Somalia's leaders to take immediate steps to de-escalate tensions in Mogadishu, refrain from provocative actions, and avoid violence," it said on Twitter.

Assistant Information Minister Adala said the deployment of security forces around Roble's office would not prevent Roble from carrying out his duties.
"What is going on this morning is (an) indirect coup but it will not win," he said on Facebook.