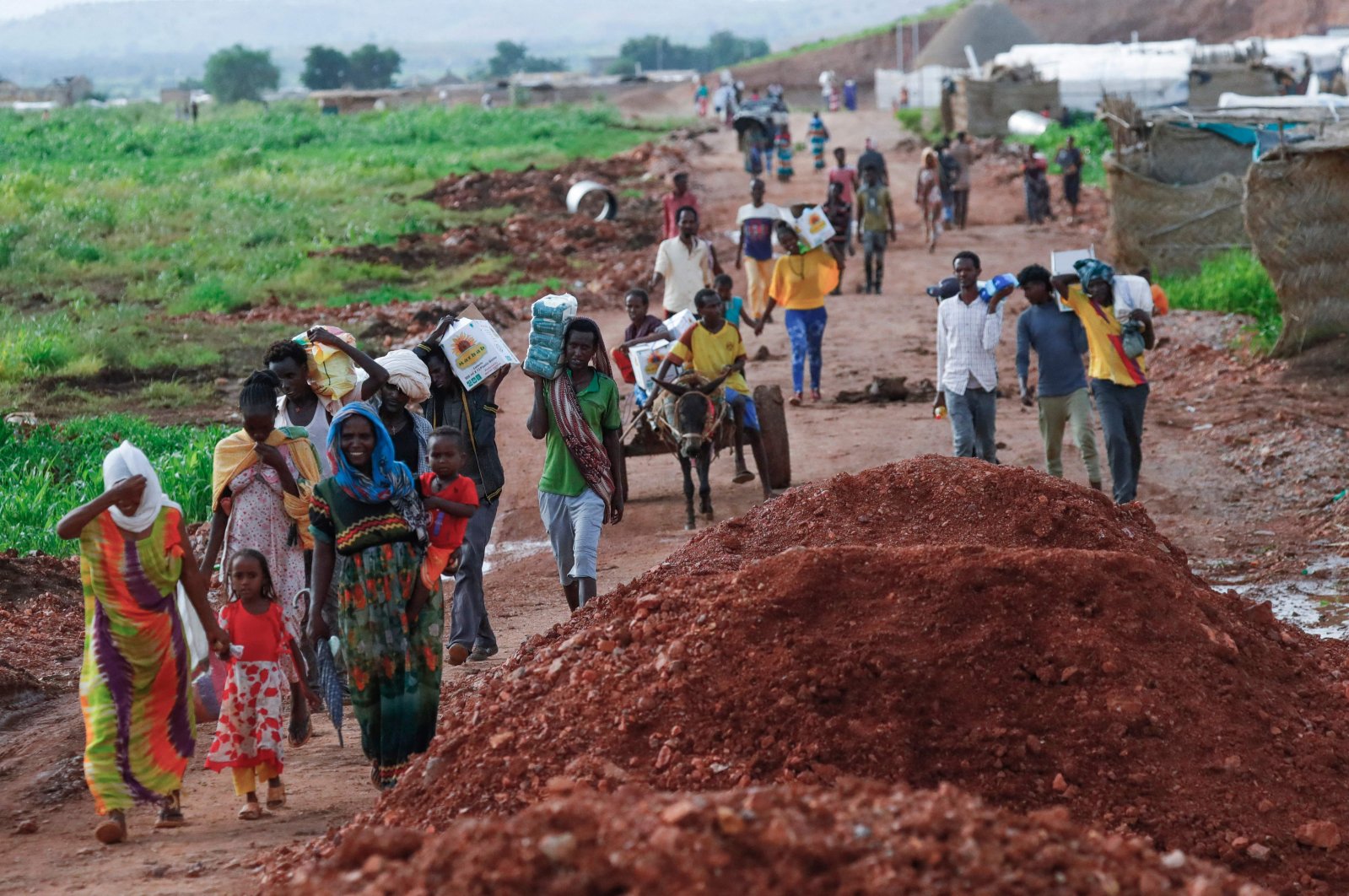 Claims that Tigray rebels hide out in refugee camps in Sudan were denied by the United Nations Tuesday, after Ethiopian officials said fighters had been caught with refugee ID cards.

Tens of thousands of refugees have streamed across the border into Sudan since war broke out 10 months ago in Ethiopia's northernmost Tigray region, exacerbating tensions between the two Horn of Africa neighbors.

Although the 2019 Nobel Peace Prize winner vowed a swift victory, the war has dragged on and spread into the neighboring Afar and Amhara regions.

"All of its attempts in these areas have proven futile but new evidence has come to the surface. Some TPLF soldiers infiltrating from the Sudanese side have been captured carrying UNHCR ID cards."

A U.N. official told Agence France-Presse (AFP) Tuesday that UNHCR was aware of reports alleging Ethiopian refugees registered in Sudan were now involved in the conflict but said the agency was "not in a position to verify" them.

"Since the onset of the refugee influx, measures were put in place at border entry points and all identified armed elements seeking refuge have been disarmed and separated from the civilian population," the official said.

"Allegations of military training taking place at the refugee camps are unfounded."

The official said UNHCR was working to maintain "the civilian and humanitarian character of asylum" but it was not the agency's role to determine whether those returning home had participated in any fighting.

Relations between Khartoum and Addis Ababa are frosty, with the two countries at odds over the Tigray conflict, the Grand Ethiopian Renaissance Dam (GERD) on the Blue Nile and Ethiopian farmers' use of a fertile border region claimed by Sudan.

Meanwhile, Abiy's government and the TPLF continue to trade blame over the alarming humanitarian situation in northern Ethiopia.

The U.N. says the fighting in Tigray has pushed 400,000 people into famine-like conditions.

Tigrayan leaders said late Monday that 150 people died of starvation in August and warned that one million "are at risk of fatal famine if they are prohibited from receiving life-saving aid within the next few days," though those figures could not be independently verified.

At least eight starvation deaths were confirmed by members of an Abiy-appointed interim government that attempted to administer the region before being forced out by the rebels in late June.

The TPLF has accused Abiy's government of imposing an aid blockade since then, and the U.N., the African Union and world powers like the United States have repeatedly called for expanded humanitarian access.

At a press briefing Monday however, Muferiat Kamil, Ethiopia's peace minister, reiterated the government's position that the TPLF is to blame for obstructing aid deliveries.

"It's TPLF who is choking the checkpoints, the humanitarian corridor, it's not us," she said.

The World Food Programme (WFP) on Tuesday hailed the recent arrival of more than 100 trucks carrying food and other aid, the first such convoy to arrive in two weeks.

"But much more is needed and this momentum must be sustained, otherwise we cannot hope to deliver enough food to save millions from falling deeper into hunger," WFP East Africa director Michael Dunford said in a statement Tuesday.