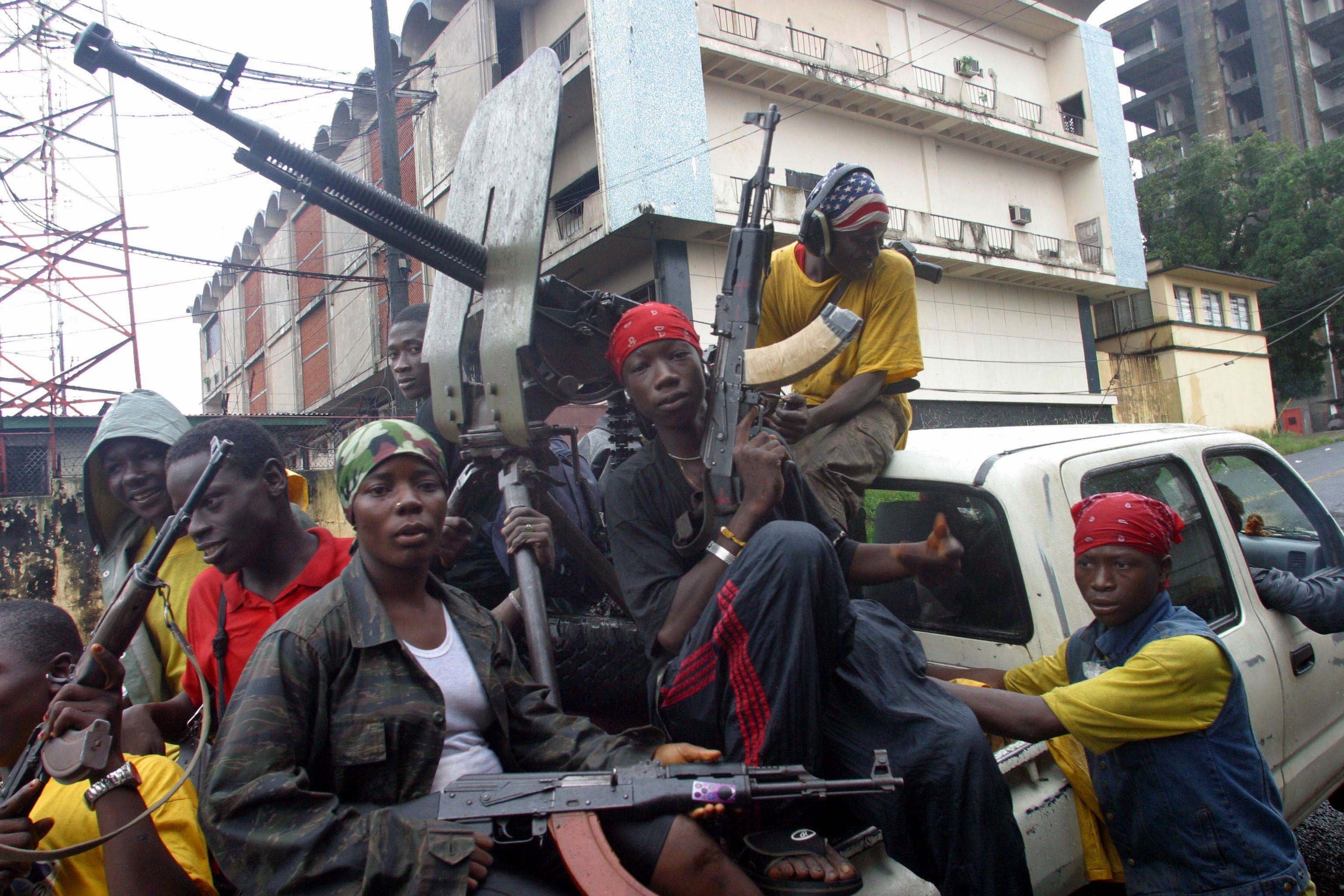 A Swiss court sentenced on Friday a West African rebel to 20 years in prison for rape, murder and cannibalism, which he committed during Liberia's civil war.

The case was also Switzerland's first war crimes trial in a civilian court. It involved 46-year-old Alieu Kosiah who went by the nom de guerre "bluff boy" in the rebel faction United Liberation Movement of Liberia for Democracy (ULIMO) that fought former President Charles Taylor's army in the 1990s.

Kosiah faced 25 charges including one in which he was accused of eating slices of a man's heart.

He was convicted of that and all but four of the other counts, documents from the Swiss Federal Court showed.

He was arrested in 2014 in Switzerland, where he had been living as a permanent resident. A 2011 Swiss law allows prosecution for serious crimes committed anywhere, under the principle of universal jurisdiction.

A plaintiff in the case who testified that Kosiah ordered his brother's murder urged other Liberians to come forward as witnesses and secure more convictions.

"If you set an example, the other guys will be afraid," he said in a statement via the nongovernmental organization (NGO) Civitas Maxima that represented him. He asked not to be named in media reports for fear of reprisals.

Liberia has ignored pressure to prosecute crimes from its back-to-back wars between 1989-2003, in which thousands of child soldiers became bound up in power tussles exacerbated by ethnic rivalry. Currently, the West African nation is battling a worsening food crisis.

"Switzerland’s efforts on this case should help mobilize wider accountability in Liberia as this shows that these crimes can be prosecuted. I see this as an opportunity," the group's Elise Keppler said.

Activists in the Liberian capital Monrovia celebrated the verdict. "This will serve as a deterrent for others around the world. I think justice has taken its course," said Dan Sayeh, a civil society campaigner.

Kosiah had denied all the charges and told the court he was a minor when first recruited into the conflict.

His lawyer Dmitri Gianoli said in an email to Reuters that Kosiah was "very disappointed" by the court's decision, saying it had succumbed to media and political pressure. "Mr. Alieu Kosiah will pursue his fight for justice to be served."

The court said that the 20-year sentence was the maximum it was allowed to give under Swiss law.

"No mitigating circumstances were taken into account in the sentencing. A deportation from Switzerland was also ordered for a period of 15 years," it said. Kosiah was also ordered to pay compensation to seven plaintiffs, it added.

A court spokesperson later clarified that he would not be expelled before his sentence was served. The roughly 6 1/2 years that Kosiah has already served in pre-trial detention will count towards the sentence, the court papers showed.