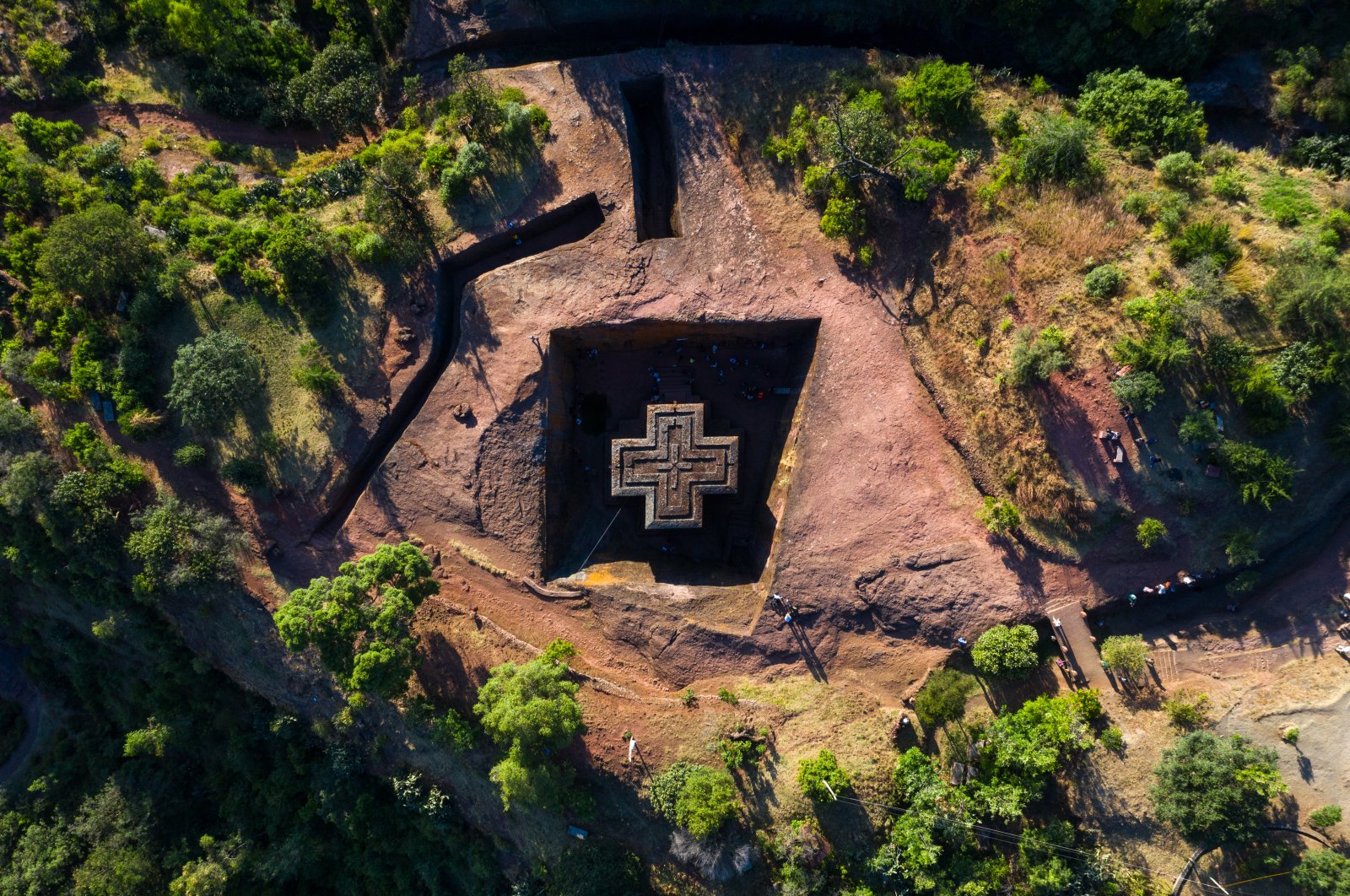 Lalibela, a UNESCO World Heritage Site famous for its 12th-century rock-hewn churches in Ethiopia's Amhara region, was taken over by the rebels from the neighboring Tigray region, residents said Thursday.

The development came as a senior Amhara official told Agence France-Presse (AFP) that the rebels, known as the Tigray People's Liberation Front (TPLF), were pushing "deep" into Amhara territory and hinted at possible retaliation.

"I believe now, enough is enough. Because the TPLF is no more in Tigray. TPLF is moving deep into Amhara territories," said Amhara Deputy President Fanta Mandefro.

"We need to defend our people," he added.

"Nothing of the sort is going to happen unless the blockade is lifted," spokesman Getachew Reda said, referring to restrictions on humanitarian access.

Getachew said the push into Lalibela was part of a bid to secure roads in northern Amhara and prevent pro-government forces from regrouping.

"You see, we are under siege. We are under blockage. Anything that Abiy is going to use to maintain its chokehold on our people, we'll make sure it doesn't pose a serious problem," he said.

Getachew reiterated his position that the TPLF does not have designs on holding territory in Amhara and Afar and is instead focused on facilitating aid access.

The TPLF's weekslong push beyond Tigray has drawn criticism from world leaders and, according to Ethiopian officials, displaced hundreds of thousands of civilians.

Tigray has been wracked by fighting since last November when Prime Minister Abiy Ahmed sent troops to topple the TPLF, the regional ruling party which dominated national politics before Abiy took office in 2018.

Abiy, winner of the 2019 Nobel Peace Prize, said the move came in response to TPLF attacks on army camps.

But while Abiy promised victory would be swift, the war took a stunning turn in June when pro-TPLF forces retook the Tigray capital Mekele and the Ethiopian army largely withdrew.

Since then the TPLF has pressed east into neighboring Afar and Amhara, where Lalibela is located.

Soldiers and militia fighters have mobilized en masse in parts of Amhara to head off the rebels' advance, but multiple residents of Lalibela told AFP Thursday that the town fell without a fight.

"They came in the afternoon, and there was not any fighting. There were no security forces around. The TPLF forces are in the town now," one resident said.

"The TPLF just arrived in the afternoon. They were dancing and playing in the square of the city," another resident said.

"Most of the people are leaving the town to the remote areas," a third resident said, adding that he was hiding in his home with his family.

The TPLF's push into the neighboring regions has elicited global criticism, with the U.N. additionally reiterating calls for all parties to end hostilities.

Billene Seyoum, Abiy's spokesperson, told a press conference Thursday that more than 300,000 people had been displaced by recent fighting in Amhara and Afar.

Abiy's government has long accused foreign, especially Western leaders of overlooking crimes committed by the TPLF, and Billene said Thursday the TPLF "continues to play" some foreign observers "like a ventriloquist."

"I hope that the international community at this juncture will begin to wake up and see this organization for what it is: a terrorist organization that has hijacked the wellbeing of the people of Tigray as a means for its vicious goals," she said.

Officials did not immediately confirm Thursday that Lalibela was under TPLF control.

Fanta, the Amhara deputy president, said late Thursday he did not have information on the latest troop movements.

He said the region was struggling to accommodate more than 200,000 newly displaced civilians, some of whom have been forced to move multiple times to avoid combat.

"The situation is very sad, pregnant women are delivering in the rain. Babies are born in the rain showers," he said.

"It's beyond imagination to describe the current situation the displaced people are living in. It's the rainy season, the conflict is continuing, it's nonstop... The government is trying to defend and to stop TPLF but it is very difficult."

Regional spokesperson Gizachew Muluneh said some civilians had been killed, though he did not give a figure.

The Amhara town of Kobo, located roughly 100 kilometers (62 miles) east of Lalibela, is also under TPLF control after days of heavy fighting, an Amhara militia fighter told AFP this week.

"The war was accompanied by heavy artillery. We were armed with Kalashnikovs but they were launching mortars and using snipers," said the militia fighter, Eskindir Molla, who has since retreated south to the town of Woldiya.

"The TPLF opened fire on four fronts, and we fought for five days," he added.

"The people who are still there (in Kobo) are begging us to go back to save them. They are currently in a desperate condition."

The TPLF has said it does not intend to expand territorial gains beyond Tigray and is instead trying to "degrade" the soldiers and militia fighters deploying north.

However, it has vowed to "liberate" southern and western Tigray, parts of the region that were occupied by Amhara forces and officials in the early stages of the war.

World leaders, meanwhile, are urging the TPLF to commit to a cease-fire to facilitate aid delivery in Tigray, where the U.N. estimates fighting has pushed 400,000 people into famine-like conditions.