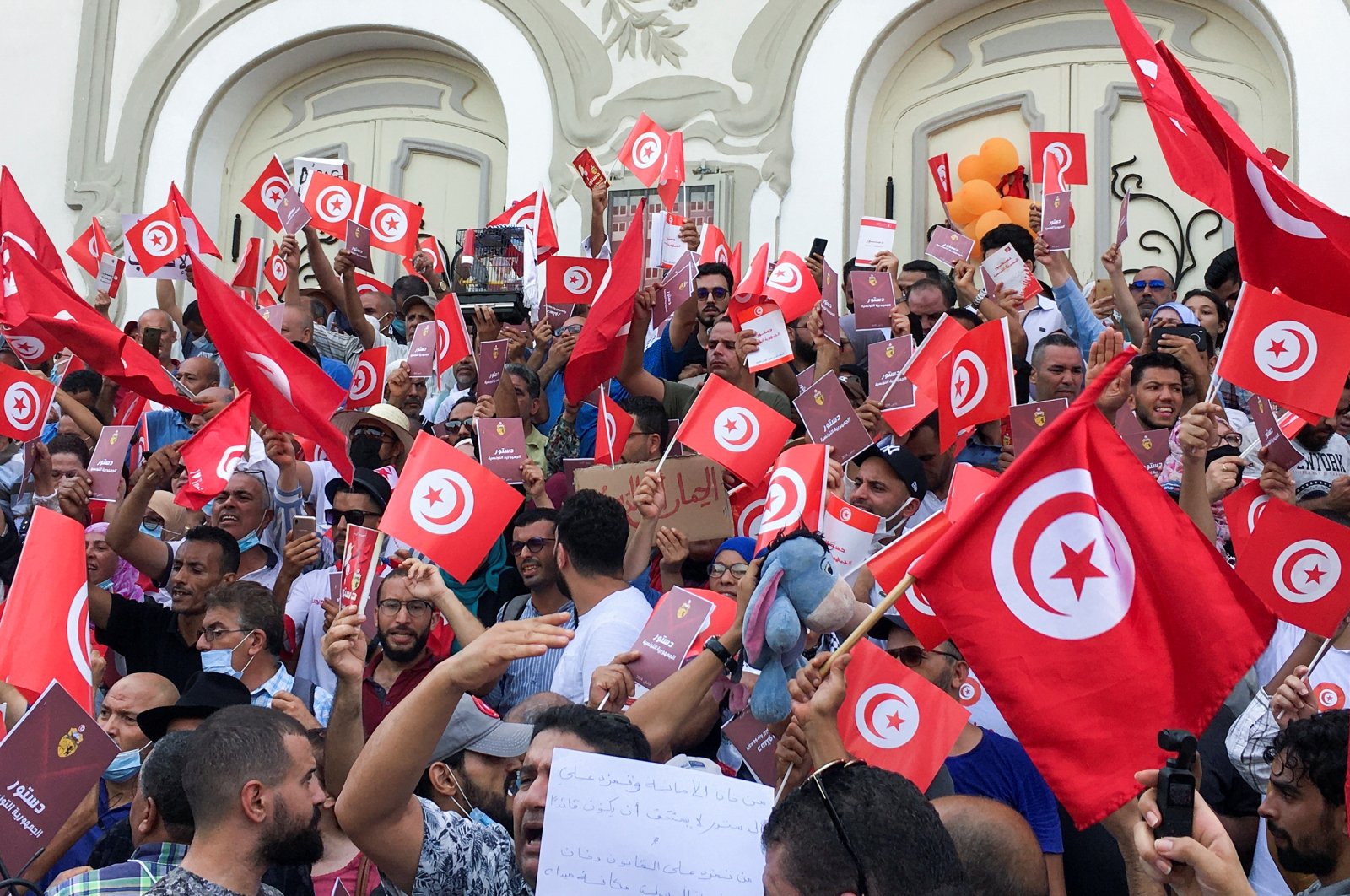 Several hundred demonstrators gathered in Tunis on Sunday under a heavy police presence to protest against Tunisian President Kais Saied's accrual of governing powers in July and called on him to step down.

Saied this week brushed aside much of the 2014 constitution, giving himself the power to rule by decree two months after he sacked the prime minister, suspended parliament and assumed executive authority.

"The people want the fall of the coup," they chanted in the center of Tunis along Habib Bourguiba Avenue, a focal point of the demonstrations that ended the rule of former President Zine El Abidine Ben Ali on Jan. 14, 2011. "Step down."

The crisis has endangered the democratic gains that Tunisians won in a 2011 revolution that triggered the "Arab spring" protests and has also slowed efforts to tackle an urgent threat to public finances, worrying investors.

"He (Saied) is a dictator who betrayed the revolution and betrayed democracy..he gathered all the powers..it is a coup and we will bring down the coup in the streets."

Saied has said his actions are needed to address a crisis of political paralysis, economic stagnation and a poor response to the coronavirus pandemic. He has promised to uphold rights and not become a dictator.

Tunisia's influential labour union on Friday rejected key elements of Saied's seizure of near total power and warned of a threat to democracy as opposition widened against a move his foes call a coup.

A first protest against Saied since his intervention on July 25 took place last week.

Tunisia's largest political party, the moderate Ennahdha Party, has called Saied's moves "a flagrant coup against democratic legitimacy" and called for people to unite and defend democracy in "a tireless peaceful struggle."

Four other political parties issued a joint statement condemning Saied on Wednesday and another large party, Heart of Tunisia, also known as the Qalb Tounes, has also done so.