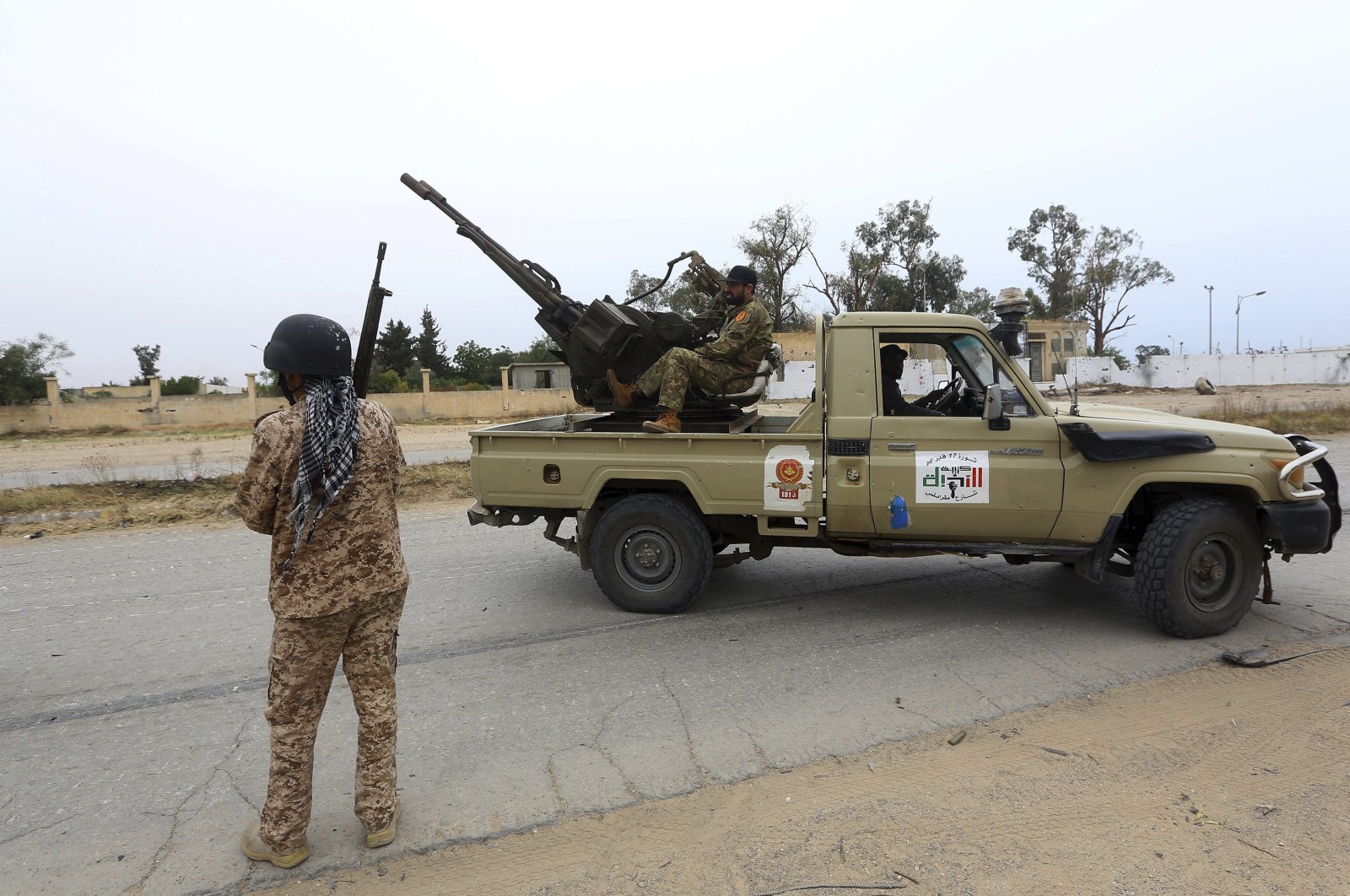 The United Nations Security Council and Secretary-General Antonio Guterres called on thousands of foreign fighters and mercenaries to immediately leave Libya after a deadline for them to depart was ignored.

“It’s essential that all foreign troops and all foreign mercenaries move first to Benghazi and to Tripoli and, from there, move back and leave the Libyans alone, because the Libyans have already proven that, left alone, they are able to address their problems,” he said.

Under a U.N.-backed cease-fire signed Oct. 23, foreign troops and mercenaries were to pull out of Libya within three months. That deadline passed on Saturday with no movement announced or observed on the ground.

“We call on Turkey and Russia to immediately initiate the withdrawal of their forces from the country and the removal of the foreign mercenaries and military proxies that they have recruited, financed, deployed and supported in Libya,” he said.

The U.N. estimates there are some 20,000 foreign troops and mercenaries in Libya helping the warring factions: the U.N.-recognized Government of National Accord (GNA) in Tripoli and putschist Gen. Khalifa Haftar in the east.

Haftar has the backing of the United Arab Emirates (UAE), Egypt and Russia, particularly mercenaries from a private group with links to Vladimir Putin. The GNA is supported by Turkey.

Mercenaries in Libya include several thousand each from Syria and Sudan and a thousand from Chad, a diplomat told Agence France-Presse (AFP) on condition of anonymity.

The U.S. also called for the immediate withdrawal of Russian and Turkish forces from Libya.

This appeal marked a firmer expression of U.S. policy toward oil-rich Libya under the new administration of President Joe Biden.

“We call on all external parties, to include Russia, Turkey and the UAE, to respect Libyan sovereignty and immediately cease all military intervention in Libya,” acting U.S. Ambassador Richard Mills said during a U.N. Security Council meeting on Libya, which has seen a decade of fighting since the overthrow of the late dictator Moammar Gadhafi.

“Per the October cease-fire agreement we call on Turkey and Russia to immediately initiate the withdrawal of their forces from the country and the removal of the foreign mercenaries and military proxies that they have recruited, financed, deployed and supported in Libya,” Mills said.

The statement by Mills signaled a clearer tone in U.S. policy under Biden. While in power, his predecessor Donald Trump at one point seemed to back Haftar, although the official U.S. policy at the end of his administration was that all foreign fighters should leave in line with the U.N.-backed agreement.

Meanwhile, despite the concrete evidence on Russian mercenary presence, a spokesperson for Russia's mission in Libya told AFP: “We don’t have any military personnel or servicemen on Libyan soil. Therefore there is no Russian military intervention in Libya."

"If there are any Russian nationals as mercenaries, which we cannot totally exclude, those who hired them should be addressed to withdraw them," the spokesperson said.

At Thursday’s council meeting, most members also called for the withdrawal of foreign forces from Libya and respect for an arms embargo in force since 2011.

Russian Ambassador Vassily Nebenzia in his remarks to the council made no mention of the presence of foreign fighters.

In a declaration adopted unanimously Thursday by the 15 Security Council members – including Russia – the panel “called for the withdrawal of all foreign fighters and mercenaries from Libya without further delay.”

Regarding the issue of foreign mercenaries in Libya, Guma el-Gamaty, an academic and politician who heads the Taghyeer Party in Libya, said on Thursday that Russia was the main problem.

Saying that Russia has been active in Libya’s conflict with Russian Wagner mercenaries and those brought from Syria, the Libyan politician told Anadolu Agency (AA) that the mercenaries controlled the field and not Haftar.

“Haftar is not competent in making a decision to restart the war. Haftar currently has completely lost the military scene. He is not qualified to transfer armed forces from one place to another,” he said.

“This article under the cease-fire will be delayed much. Why does Russia not withdraw its mercenaries from Libya? It might want to see the outcome of the political solution and see if it can guarantee its economic and political interests,” he added.