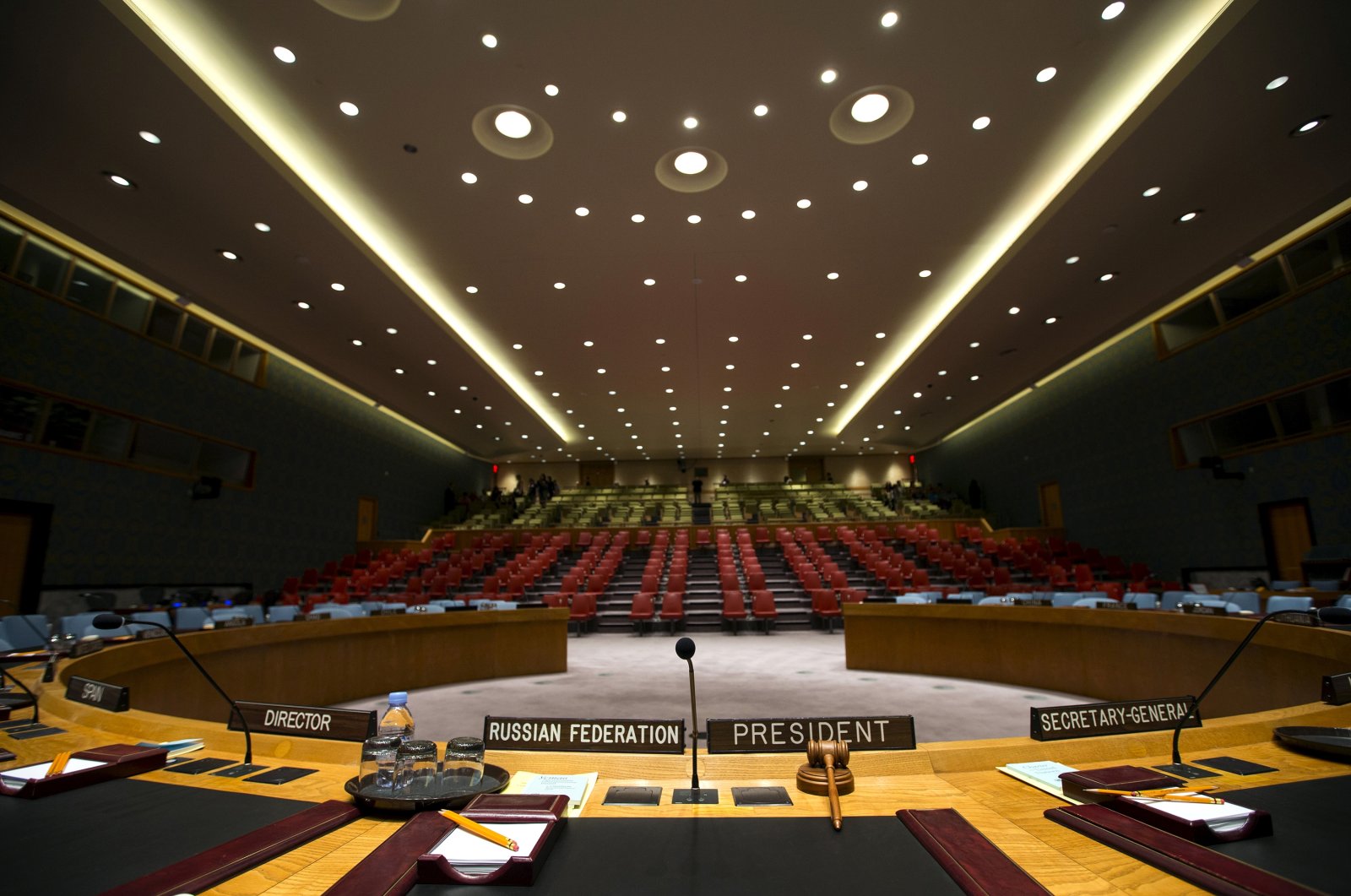 The Security Council chamber is seen from behind the council president's chair at the United Nations headquarters in New York City, Sept. 18, 2015.(Reuters Photo)
by ASSOCIATED PRESS Sep 18, 2021 9:23 am
RECOMMENDED

The worsening political crisis in east Africa's Somalia prompted an emergency session of the U.N. Security Council. The situation of the country could threaten long-delayed national elections and further destabilize it.

Britain’s U.N. Ambassador Barbara Woodward, who called for the closed briefing by U.N. special envoy James Swan, expressed serious concern about "the rising tensions between the prime minister and the president."

Woodward said the increasing tensions have implications for the electoral process and could lead to a constitutional crisis on top of the country’s other challenges – from Al-Shabab militants to famine, locusts and hunger.

Three decades of chaos, from warlords to al-Qaida affiliate al-Shabab and the emergence of a Daesh-linked group, have ripped apart the country that only in the past few years has begun to find its footing.

Woodward said the Security Council should keep up pressure to put the electoral process back on track and "to see the prime minister and the president resolve their differences quickly ... to ensure the security, peace and stability Somalia needs.”

Council members were considering a draft press statement, obtained by The Associated Press (AP), that would express "deep concern about the ongoing disagreement within the Somali government and the negative impact on the electoral timetable and process.”

It would urge all parties "to resolve their differences through dialogue” and prioritize the holding of elections in accordance with a May 27 agreement stipulating that indirect elections be held this year.

The draft statement would also urge the federal government and regional states "to ensure that any political differences do not divert from united action against al-Shabab.”

Britain’s Woodward said it was clear from Swan’s briefing that shuttle diplomacy is taking place to try to resolve the differences between the president and prime minister.

"But the fact is, and we also made this clear, that this is a very dangerous distraction from the primary task of going ahead with the elections,” she said. "The risks for the Somali people, the risks for giving Al-Shabab more room are very high indeed. So, we want to move out of this situation as soon as possible and resolve it.”

Pressure has grown on President Mohamed since scheduled elections on Feb. 8 failed to take place because of the lack of agreement on how the vote should be carried out.

Talks between the federal government and regional leaders that began in March broke down in early April. At the president’s request, the lower house of parliament then adopted a special law that extended the terms of current officeholders for two years and abandoned the Sept. 17, 2020, agreement on indirect elections, reverting instead to a one-person, one-vote model.

Those decisions sparked widespread opposition, leading to the mobilization of militias, exposing divisions within Somali security forces, and resulting in violent clashes on April 25.

After the clashes, President Mohamed on May 1 asked the lower house of parliament to reverse its actions that included extending his mandate for two years.

He asked lawmakers to back the agreement the federal government reached with regional states last Sept. 17 on a way forward for the vote, and he asked Prime Minister Roble to lead the election preparations and the related security measures. This led to the May 27 agreement on holding indirect elections this year.

U.N. spokesman Stephane Dujarric said Friday that as Somalis mark the one-year anniversary of the Sept. 17 agreement, the U.N. and its international partners "are increasingly alarmed that the escalating dispute between the president and prime minister will undermine Somalia’s stability and derail the electoral process.”