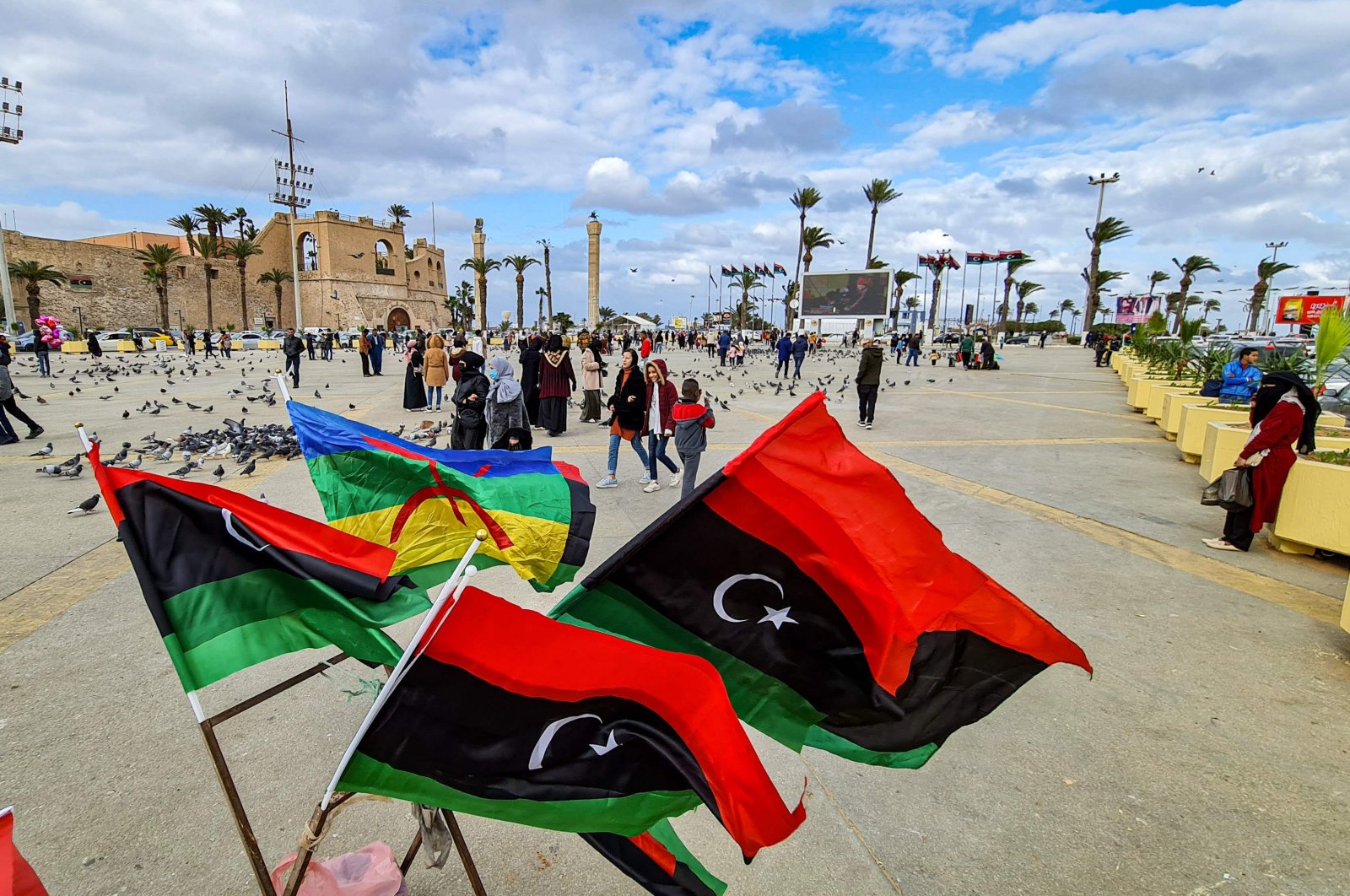 Ahead of the vote on the interim government, Libyan lawmakers work to unify the assembly and legislature as the United Nations exerts efforts to ensure the transitional phase runs smoothly in the war-torn country

Lawmakers of Libya’s divided government have been engaging in efforts to unify the legislature after the selection of a transitional government in December to lead the North African country to elections.

Members of Libya's parliament began arriving on Sunday in the western city of Sabrath and plan to meet Monday for a consultative meeting, parliamentarian Abdel-Moneim Balkour told Deutsche Presse-Agentur (dpa).

Between 110 and 120 members of the 188-strong legislature are expected to attend the meeting, Balkour said.

He added that there were three items on the agenda: Unifying the assembly, a confidence vote on the government following its formation and finalizing obligations related to passing legislation.

Delegates from Libya's rival factions elected Mohammed Menfi as head of a three-member Presidency Council and Abdul-Hamid Mohammed Dbeibeh as interim prime minister in a U.N.-hosted political dialogue process in Switzerland on Feb. 5.

The new authority will replace the U.N.-backed Government of National Accord (GNA), which has been in charge of Tripoli and western areas, and the rival eastern administration in Tobruk linked with putschist Gen. Khalifa Haftar.

The government must win a vote of confidence at a parliamentary session, the date of which has not been set yet.

The eastern Libya-based government allied with Haftar conditioned the transfer of power to the new executive authority on the approval of the Tobruk-based parliament.

"We will wait for a final say from members of the House of Representatives (parliament) to hand over power to any governing body elected by law," the unrecognized government of Abdullah al-Thani said in a statement last week.

Earlier this week, Menfi visited the eastern city of Tobruk and discussed with lawmakers there the possibility of holding a full-quorum parliamentary session, the news portal Libya Observer reported without details.

Menfi also visited eastern Benghazi to promote unity in the country and held talks with Haftar at his forces' headquarters in the village of Rajma, 27 kilometers (17 miles) east of Benghazi.

Haftar had welcomed the appointment of the new government, hailing its leaders as “national figures.” Although Menfi is originally from Tobruk, some observers argued that he is politically allied with western factions, which may undermine the transitional authorities' ability to represent the political interests of the east.

Since 2015, Libya has been divided between two governments, one in the east and another in the west. In April 2019, Haftar launched an offensive to seize the capital, Tripoli. His campaign failed after 14 months of fighting and in last October, the U.N. convinced both parties to sign a cease-fire agreement and embark on a political dialogue.

Now, the new interim government will lead Libya during the transition phase until the December elections.

The recently appointed United Nation's special envoy to Libya, Jan Kubis, has also stepped up its efforts for a smooth transition phase in the war-torn country under the new interim government.

According to a statement by the U.N. Support Mission in Libya (UNSMIL) on Friday, Kubis continued his introductory calls with Libyan interlocutors, including Khaled al-Mishri, president of the High Council of State, Ahmed Maetig, deputy president of the Presidency Council, and Fathi Bashaga, the interior minister.

He sought their views on the next steps to ensure the swift formation of the interim government, and further advances in the economic, social and security areas, in creating unified structures and authorities, in moving forward on national reconciliation,” the UNSMIL stated.