US levels sanction against Eritrea for hand in Tigray conflict 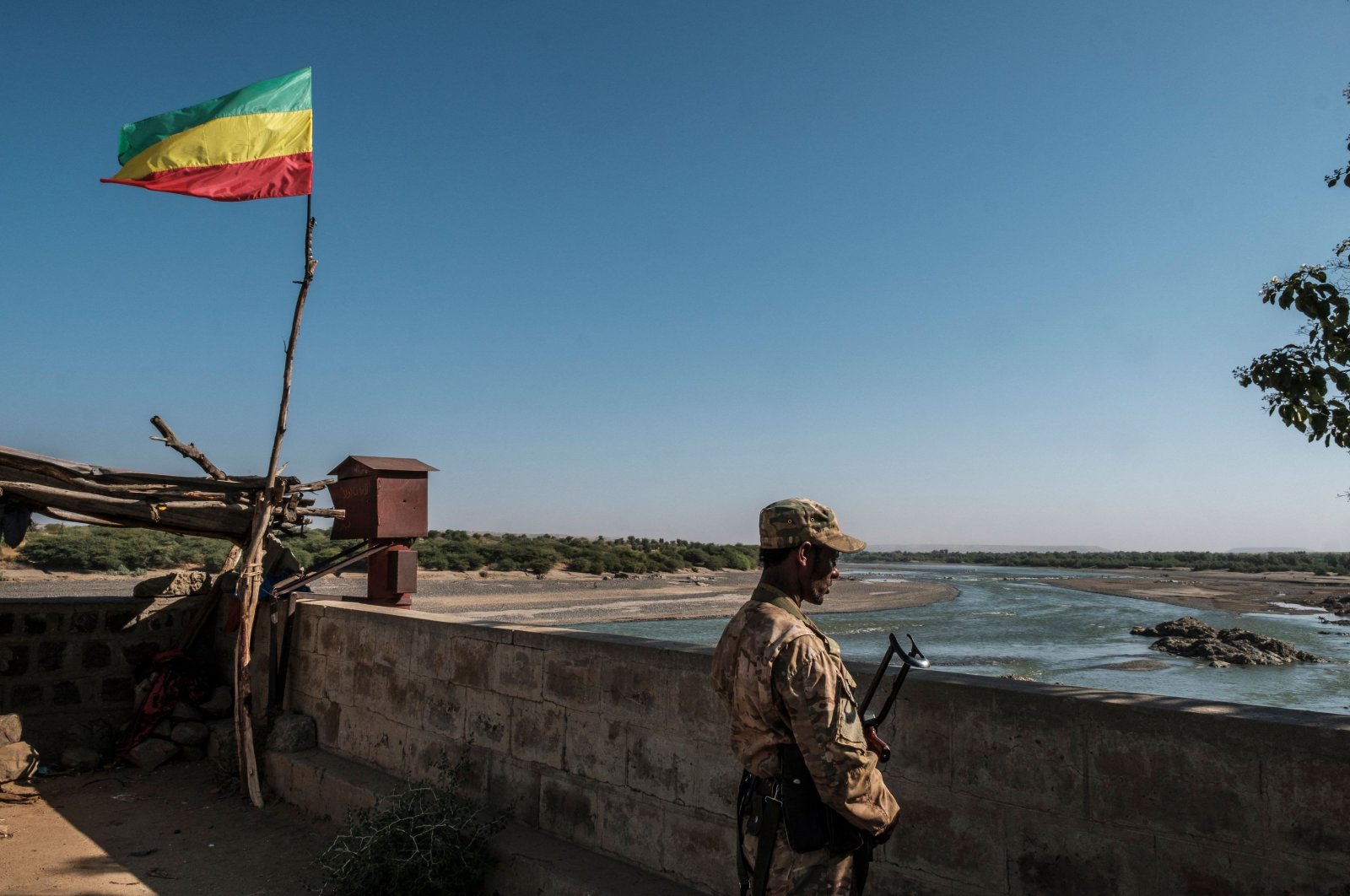 A member of the Amhara Special Forces watches on at the border crossing with Eritrea where an outdated Ethiopian flag waves, in Humera, Ethiopia, Nov. 22, 2020. (AFP)
by French Press Agency - AFP Nov 12, 2021 7:32 pm
RECOMMENDED

The United States leveled sanctions on Eritrea's ruling party and military Friday, accusing them of contributing to a "humanitarian disaster" amid the ongoing conflict in Ethiopia's northern Tigray region.

Also blacklisted were the head of the Eritrean National Security Office, Abraha Kassa Nemariam; the Hidri Trust, the People's Front's holding company; and Hagos Ghebrehiwet Kidan, an economic advisor for the party.

The U.S. Treasury said in a statement that since a conflict erupted in the Tigray region in 2020, Eritrean forces have taken part, stoking the violence.

"Eritrean forces have operated throughout Ethiopia during the conflict and have been responsible for massacres, looting, and sexual assaults," it said in a statement.

The statement accused the EDF and the People's Front of contributing to the crisis and obstructing efforts to reach a ceasefire or peace deal.

"We condemn the continued role played by Eritrean actors who are contributing to the violence in northern Ethiopia, which has undermined the stability and integrity of the state and resulted in a humanitarian disaster," said Andrea Gacki, the head of the Treasury Department's sanctions office.

Before that, on Aug. 23 the United States imposed sanctions on General Filipos Woldeyohannes, EDF chief of staff, for "serious human rights abuse" by his forces in Tigray.