WHO voices alarm over spreading COVID-19 outbreak in Africa 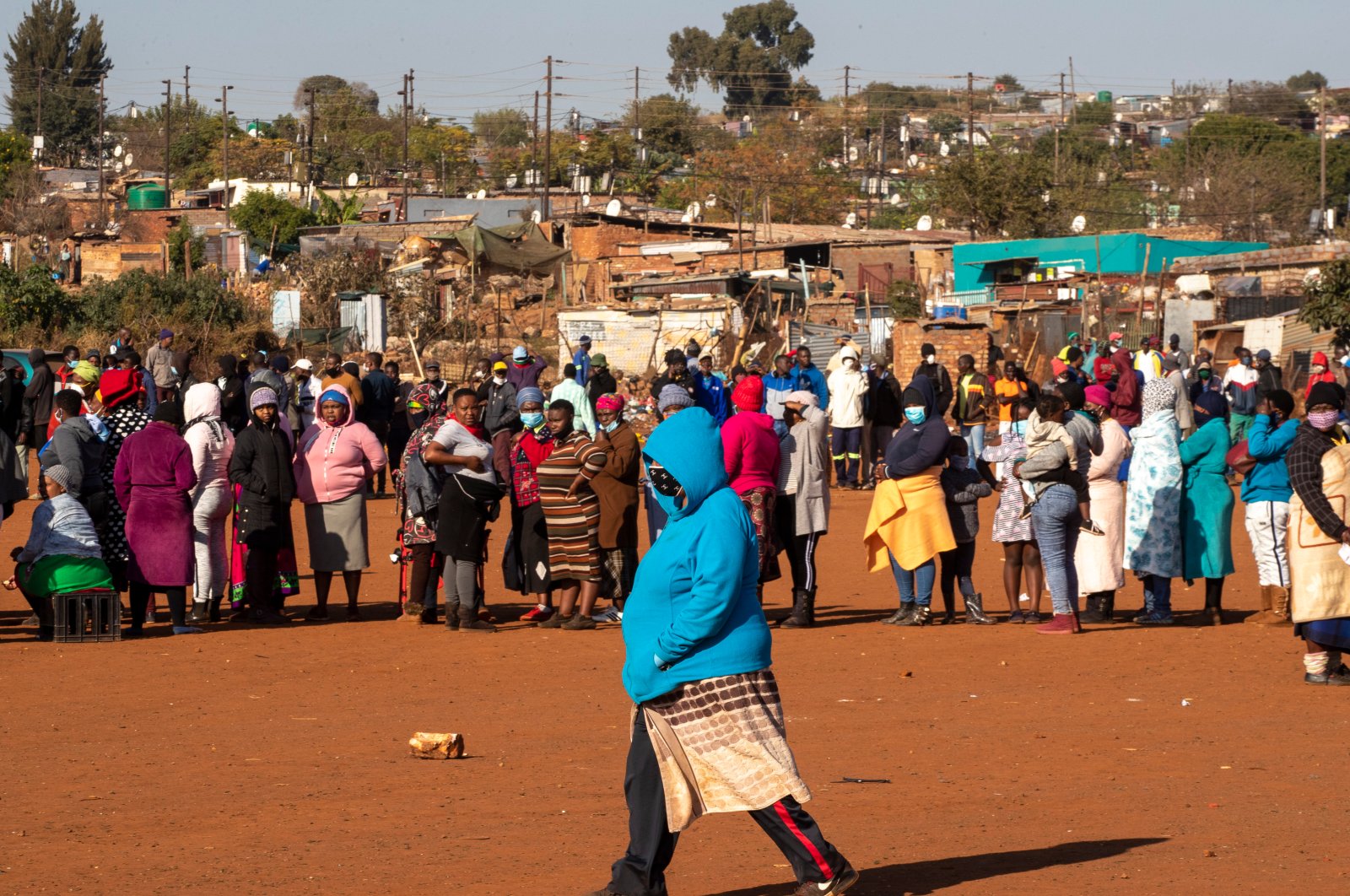 A woman walks across a dusty soccer field as people affected by the coronavirus' economic downturn line up to receive food donations, Pretoria, South Africa, May 20, 2020. (AP Photo)
by DAILY SABAH WITH AGENCIES Jul 21, 2020 12:20 pm

As infection rates explode, the World Health Organization raises its concern at the coronavirus' expansion, with South Africa accounting for 61% of the continent's pandemic burden

With even richer nations struggling with the coronavirus outbreak, the World Health Organization (WHO) voiced fresh warnings that the impact of COVID-19 could be harshest in poorer regions of the world like Africa.

Since COVID-19 was first identified in China seven months ago it has killed more than 600,000 people worldwide and battered global economies and now there is growing alarm over fresh outbreaks of the disease.

Until recently, Africa had remained relatively unscathed by the pandemic compared to other parts of the world but the situation has become increasingly worrying, particularly in South Africa, where the death toll passed the 5,000 mark and the number of infections reached 350,000 over the weekend. The true number of cases among Africa’s 1.3 billion people is unknown, however, as its 54 countries face a serious shortage of testing materials for the virus.

"I am very concerned right now that we are beginning to see an acceleration of disease in Africa, and we need to take that very seriously," WHO emergency operations chief Mike Ryan told a press briefing from Geneva. "Many of those countries exist in the midst of fragility and conflict."

South Africa's outbreak accounts for 61% of the continent's pandemic burden, which could be a "precursor" for the region, the WHO has warned.

Ryan pointed out that South Africa's outbreak began earlier than those in a number of other of the continent's countries. It first spread in wealthier areas but then moved to poorer and more rural areas, he said. While the nation's numbers were by far the largest, they had "only" increased by 30% in the past week, he said.

By comparison, numbers in Kenya increased by 31%, in Madagascar by 50%, in Zambia by 57% and in Namibia by 69%, he pointed out. "I think what we are starting to see is a continued acceleration of transmission in a number of countries," he said. "This isn't just a wake-up call for South Africa ... We need to take what is happening in Africa very, very seriously."

South Africa, where three of its ministers have so far contracted the virus, has the highest number of diagnosed infections in the continent and ranks fifth in the world after the United States, Brazil, India and Russia.

The government announced on Tuesday that two cabinet ministers have been hospitalized with COVID-19. Labor Minister Thulas Nxesi, 61, and Mineral Resources Minister Gwede Mantashe, 65, were separately admitted on Monday.

Cabinet spokesperson Phumla Williams said in a statement that they were hospitalized on the advice of their doctors for "better medical attention" and monitoring. They both tested positive for coronavirus around a week ago and had been in self-quarantine at home. The third is Defense Minister Nosiviwe Mapisa-Nqakula, who has recovered, the government announced Friday.

In other parts of the world, India last week became the third country after the U.S. and Brazil to hit 1 million cases but many experts say that with testing rates low, the true number could be much higher.

More than 28,000 people have died, with the western state of Maharashtra, home to Mumbai and its teeming slums, suffering the highest death toll followed by the national capital Delhi and Tamil Nadu in the south.

In the U.S., President Donald Trump, who for months refused to encourage mask-wearing as a way to combat the coronavirus, tweeted a picture of himself with his face covered and touted his patriotism. "We are United in our effort to defeat the Invisible China Virus, and many people say that it is Patriotic to wear a face mask when you can't socially distance," Trump wrote. "There is nobody more Patriotic than me, your favorite President!"

With close to 3.8 million cases and more than 140,000 deaths, U.S. authorities are struggling to contain the surge, and Trump has been criticized for his response to the crisis. The worst-hit country in the world has recorded 60,000 new cases a day for more than a week. Brazil, the country with the second-highest death toll, on Monday reached the grim milestone of 80,000 deaths.