AIPAC accused of Islamophobia after vitriolic ads against Ilhan Omar 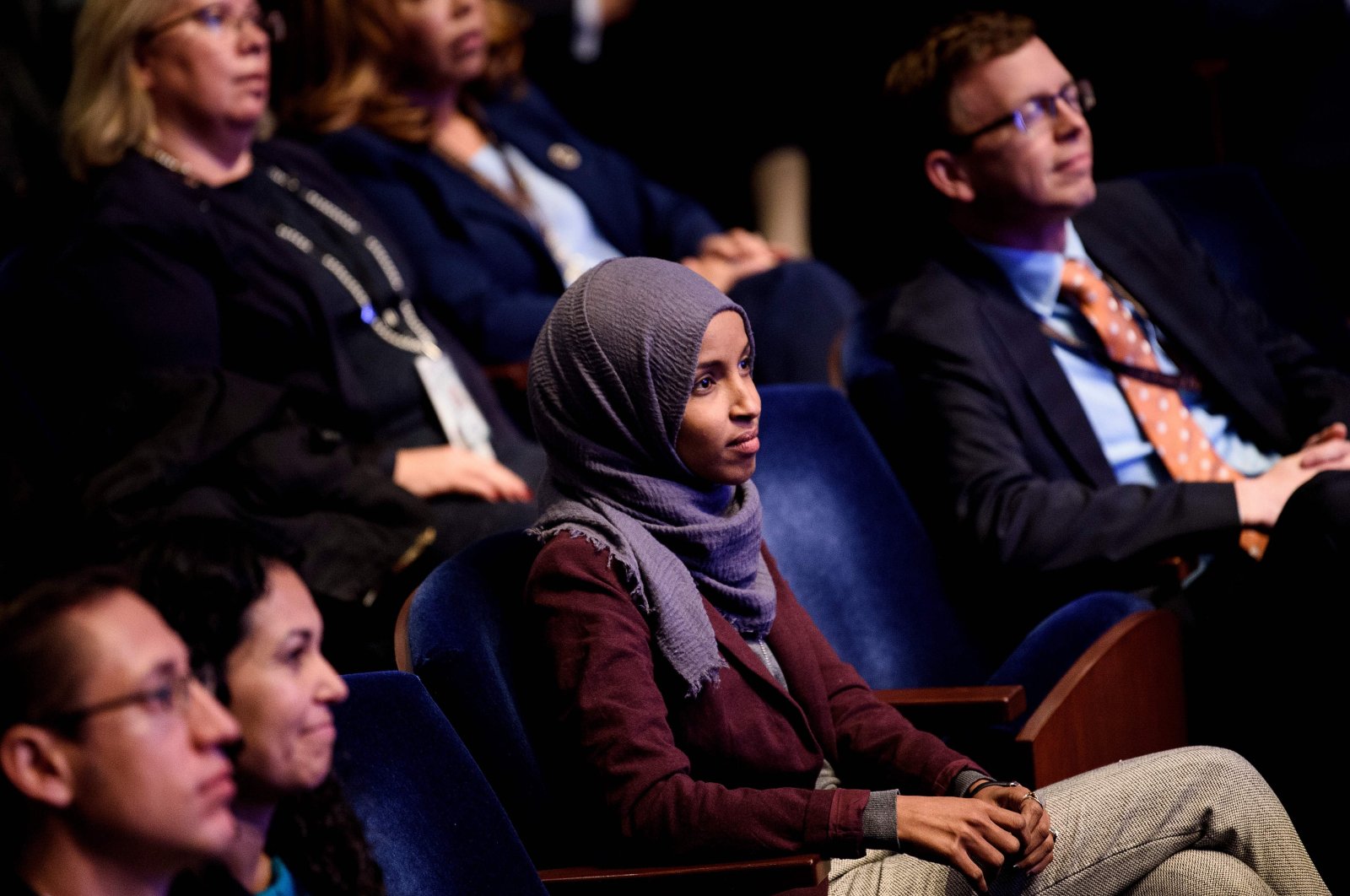 The American Israel Public Affairs Committee (AIPAC) has recently faced accusations of Islamophobia and has been blamed for putting the life of Muslim-American congresswomen Ilhan Omar and Rashida Tlaib at risk after it sponsored an attack ad on social media.

AIPAC, a pro-Israel propaganda group that positions itself as bipartisan, has long touted attacks on Israel's critics in Congress, who are mostly progressive Democrats.

The organization was slammed by Omar’s communications director Jeremy Slevin who said Wednesday that the group promoted a post convincing social media users that the member of Congress sees “no difference between America and the Taliban,” “Israel and Hamas” and “democracies and terrorists.”

"For Ilhan Omar, there is no difference between America and the Taliban. Between Israel and Hamas. Between Democracies and terrorists. Tell Rep. Omar: Condemn terrorists, not America," the ad was posted on Facebook and contained a picture of Omar. "Stand WITH America. Stand AGAINST Terrorists," the photographs' caption said.

Slevin said the language used in the post by AIPAC is "identical" to the hate messages the congressperson receives.

“Make no mistake: AIPAC is putting Rep. Omar’s life at risk with repeated Islamophobic attack ads,” he wrote. “It shouldn’t have to be stated, but baselessly linking Muslim-Americans to terrorism is *the* textbook example of Islamophobia and is routinely used to silence advocacy for Palestinian human rights,” he added. The tweet contained a screenshot of the AIPAC ad, as well as a screenshot of the tweet in which Omar shares the death threat she received.

This is an organization that literally ran an ad calling Rep. Omar “more sinister” than ISIS and put her face next to Hamas rockets in a false smear against her.It is dangerous incitement. Plain and simple. And it has to stop. https://t.co/tcoZf3RGc0

The Council on American Islamic Relations (CAIR), a Washington-based civil rights organization, joined Slevin and issued a statement slamming AIPAC for what it called an “Islamophobic, dishonest and dangerous ad campaign” against Omar.

However, AIPAC kept its line and reiterated its message linking Omar to terrorism.

“Your baseless attack on us can’t deflect from (Omar’s) attack on America and Israel,” AIPAC said in a thread to response Slevin. “It is outrageous for Rep. Omar to put the U.S. and Israel on the same level as the Taliban and Hamas. There is no moral equivalence between democratic allies and the terrorists who target them.”

Wednesday's row is the follow up of a spat between Omar and Jewish Democratic lawmakers who sent a wave of anger to the congressperson after she questioned Secretary of State Antony Blinken about the U.S. administration’s opposition to investigations into alleged war crimes in Afghanistan and the Palestinian territories by the International Criminal Court (ICC).

“In both of these cases, if domestic courts can’t or won’t pursue justice – and we oppose the ICC – where do we think the victims of the supposed crimes can go for justice?” Omar asked Blinken at a congressional hearing. She later posted videos on social media of the issues she raised during the hearing, with a caption that generated a flood of condemnation from both Republicans and Democrats.

“We must have the same level of accountability and justice for all victims of crimes against humanity,” Omar wrote. “We have seen unthinkable atrocities committed by the U.S., Hamas, Israel, Afghanistan and the Taliban.”

Omar later clarified that she was referring to the specific cases of the ICC, rather than comparing the U.S. and Israel with the Taliban.

“I am so sick of this s**t,” Tlaib, of Michigan, had written in response to Slevin’s post. To which AIPAC retorted, “So are we, Congresswoman. Inciting hate by demonizing Israel and spreading vicious, dangerous lies about our democratic ally Israel doesn’t advance the prospects for peace.”

“Not only is AIPAC running false, vitriolic ads against progressive Congresswomen of color, it’s doubling down on them after being called out for dangerously spreading misinformation about lawmakers who are among the most frequent targets of right wing extremists’ bigotry & threats,” wrote Dylan Williams, senior vice president at J Street, a liberal Jewish group that presents itself as pro-Israel and pro-peace.