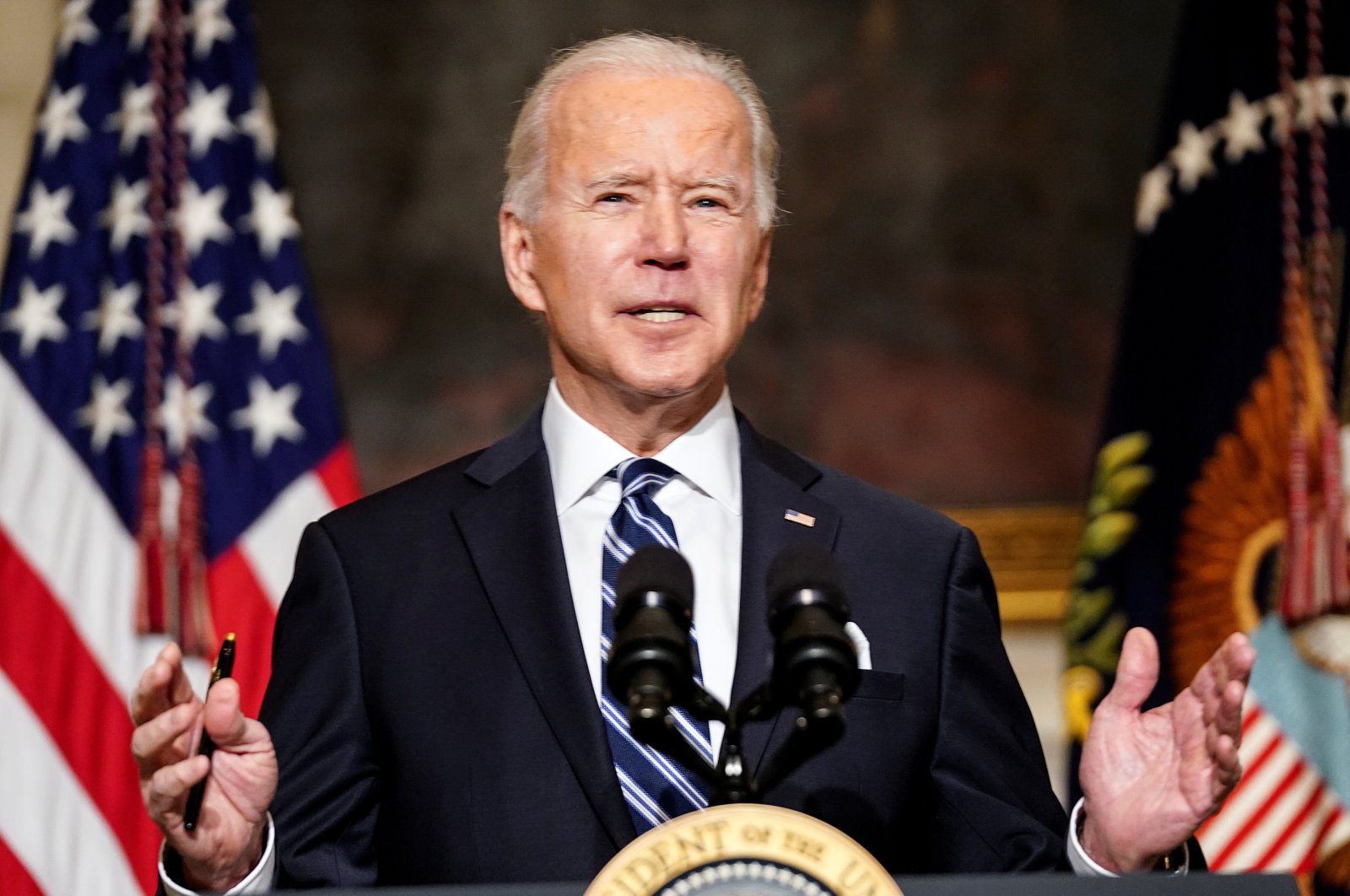 The United States is reviewing arms sales to Saudi Arabia and the United Arab Emirates (UAE) authorized by former President Donald Trump, a move that newly installed Secretary of State Antony Blinken said was “typical” of a new administration.

The administration placed at least temporarily holds on several big-ticket arms sales to the UAE and Saudi Arabia, while Blinken said he is looking urgently at a terrorism designation against Yemen’s Houthi rebels that his predecessor enacted shortly before leaving office. On his first full day on the job, Blinken said Wednesday the administration has initiated a comprehensive review of the U.S. relationship with Russia and is examining details of a U.S.-Taliban peace deal signed nearly a year ago. He said the administration had, however, asked Trump's special envoy for Afghanistan, former ambassador to the United Nations Zalmay Khalilzad, to remain on the job for continuity's sake.

Speaking to reporters just hours after his ceremonial but coronavirus-limited entrance into the State Department's main lobby, Blinken also said the administration is willing to return to commitments under the 2015 nuclear deal with Iran, which Trump withdrew from, but only if Iran returns to full compliance with the accord.

In his remarks to a demoralized diplomatic corps that was often denigrated or ignored over the past four years, Blinken vowed to rebuild the ranks of the foreign service and rely on its expertise as the Biden administration tries to restore U.S. global standing. He said the world is watching how America pursues foreign policy after Trump's "America First” doctrine that alienated many U.S. allies. Blinken spoke Wednesday to the foreign ministers of Britain, France, Germany, Israel, Australia, the Philippines and Thailand, as well as to NATO's secretary general, following calls late Tuesday to his counterparts in Canada, Mexico, Japan and South Korea.

Appearing in the press briefing room, which had been rarely used during the Trump administration, Blinken pledged to respect and be accessible to journalists and to restore the State Department's daily press briefings beginning next week.

On policy matters, Blinken said he was particularly concerned by the "foreign terrorist organization” designation for the Iran-backed Houthis that former Secretary of State Mike Pompeo announced just 10 days before the end of the Trump administration. Many fear that move, which comes with strict U.S. sanctions, will unnecessarily exacerbate what is already one of the world's worst humanitarian crises. Of all the steps that Trump and Pompeo took in their waning days "that's the priority in my book,” Blinken said of the designation. "We're taking a very urgent and a very close look at that.”

The Treasury Department has already moved to suspend some of the sanctions affiliated with the designation, but aid groups say that mass famine could result if they are not all lifted. The pause in the arms sales to the UAE and Saudi Arabia, which were announced just days after the Nov. 6 election that Trump lost to now-President Joe Biden, is also related to Yemen. Critics fear the two Arab nations may use advanced U.S. weaponry to continue the Saudi-led war in Yemen with a significant risk of civilian casualties.

The department billed the temporary suspension, which includes a halt to a $23 billion transfer of stealth F-35 fighters to the UAE, as "a routine administrative action" for a new administration. Blinken said the sales are under review to determine if they meet U.S. national security objectives.

On Afghanistan, Blinken said the Biden administration wanted to take a detailed look at the February 2020 peace deal negotiated between the Trump administration and the Taliban to try to extricate U.S. troops from the country after nearly 20 years of war. "We need to understand exactly what is in the agreement” before deciding how to proceed, he said. Khalilzad, the chief U.S. negotiator, has been asked to remain on the job so he can "continue the vital work he is performing.”

Biden has vowed to reverse Trump's approach, which had alienated many traditional U.S. allies who perceived it as a hardline unilateral approach that left no room for negotiation. Blinken said that after four years, the United States would again engage with allies on a reciprocal, rather than a purely transactional, basis. "The world is watching us intently right now,” Blinken said. "They want to know if we can heal our nation.

They want to see whether we will lead with the power of our example and if we will put a premium on diplomacy with our allies and partners to meet the great challenges of our time - like the pandemic, climate change, the economic crisis, threats to democracies, fights for racial justice and the danger to our security and global stability posed by our rivals and adversaries.” Blinken, a 58-year-old longtime Biden confidant, was confirmed to be the 71st secretary of state by the Senate on Tuesday in a 78-22 vote.

The position is the most senior Cabinet post, with the secretary fourth in the line of presidential succession. A former deputy secretary of state in the Obama administration, Blinken pledged that U.S. global leadership is back and that the State Department will be "central” to that. Blinken inherited a deeply demoralized and depleted career workforce at the State Department.

Neither of his two immediate predecessors under Trump, Rex Tillerson or Pompeo, offered strong resistance to repeated attempts to gut the agency.

Those were thwarted only by congressional intervention. Blinken said he would promote and protect the foreign service, which had been sidelined during the Trump era, and that after four years of atrophy the State Department will once again play a leading role in America’s relations with the world.