Biden refers to US gun violence as 'epidemic', pledges action 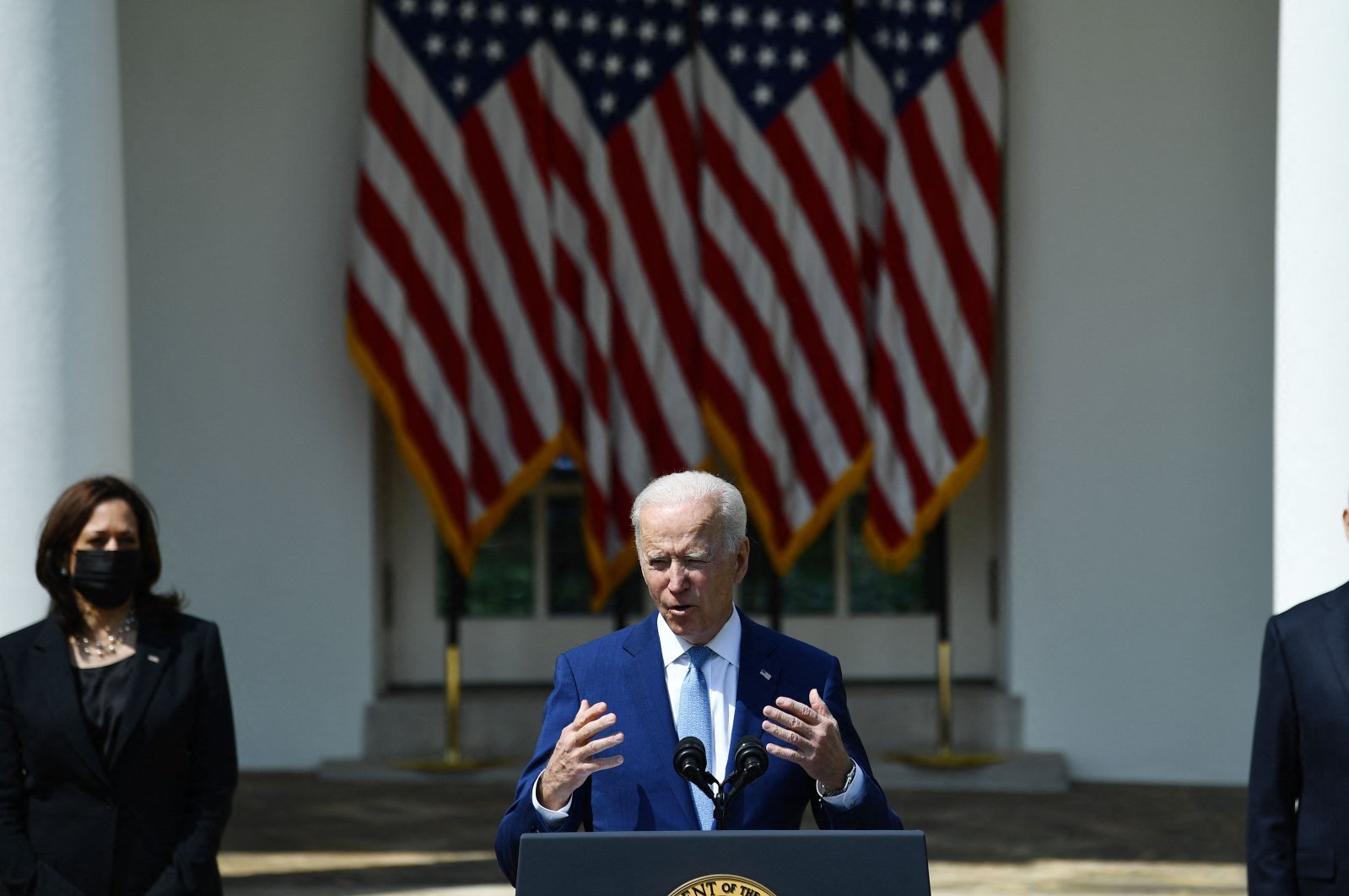 President Joe Biden referred to gun violence in the U.S. as an "epidemic," as he spoke at a White House ceremony to unveil new strategies to get the problem under control on Thursday.

"This is an epidemic, for God's sake, and it has to stop," he said, also calling shootings "a public health crisis."

Greeting the families of gun violence victims and activists, he assured them: “We’re absolutely determined to make change."

His Thursday announcement delivers on a pledge Biden made last month to take what he termed immediate “common-sense steps” to address gun violence, after a series of mass shootings drew renewed attention to the issue. His announcement came the same day as yet another shooting, this one in South Carolina, where five people were killed.

But Thursday's announcement underscores the limitations of Biden's executive power to act on guns. They include moves to tighten regulations on homemade guns and provide more resources for gun violence prevention, but fall far short of the sweeping gun-control agenda Biden laid out on the campaign trail.

Indeed, the White House has repeatedly emphasized the need for legislative action to tackle the issue. But while the House passed a background check bill last month, gun control measures face slim prospects in an evenly divided Senate, where Republicans remain near-unified against most proposals.

Biden is tightening regulations of buyers of “ghost guns” — homemade firearms that usually are assembled from parts and milled with a metal-cutting machine and often lack serial numbers used to trace them. It’s legal to build a gun in a home or a workshop and there is no federal requirement for a background check. The goal is to “help stop the proliferation of these firearms,” according to the White House.

The Justice Department will issue a proposed rule aimed at reining in ghost guns within 30 days, though details of the rule weren't immediately issued.

A second proposed rule, expected within 60 days, will tighten regulations on pistol-stabilizing braces, like the one used by the Boulder, Colorado, shooter in a rampage last month that left 10 dead. The rule will designate pistols used with stabilizing braces as short-barreled rifles, which require a federal license to own and are subject to a more thorough application process and a $200 tax.

The department also is publishing model legislation within 60 days that is intended to make it easier for states to adopt their own “red flag” laws. Such laws allow for individuals to petition a court to allow the police to confiscate weapons from a person deemed to be a danger to themselves or others.

The department also will begin to provide more data on firearms trafficking, starting with a new comprehensive report on the issue. The administration says that hasn’t been done in more than two decades.

During his campaign, Biden promised to prioritize new gun control measures as president, including enacting universal background check legislation, banning online sales of firearms and the manufacture and sale of assault weapons and high-capacity magazines. But gun-control advocates have said that while they were heartened by signs from the White House that they took the issue seriously, they've been disappointed by the lack of early action.

With the announcement of the new measures, however, advocates lauded Biden's first moves to combat gun violence.

“Each of these executive actions will start to address the epidemic of gun violence that has raged throughout the pandemic, and begin to make good on President Biden’s promise to be the strongest gun safety president in history,” said John Feinblatt, president of Everytown for Gun Safety.

Feinblatt in particular praised the move to regulate ghost guns, which he said “will undoubtedly save countless lives,” and lauded Chipman as an “invaluable point person” in the fight against illegal gun trafficking. He also said the group is looking forward to continuing to work with the Biden administration on further gun control measures, but it's unclear what next moves the White House, or lawmakers on Capitol Hill, will be able to take.

Biden himself expressed uncertainty late last month when asked if he had the political capital to pass new gun control proposals, telling reporters, “I haven’t done any counting yet."

For years, federal officials have been sounding the alarm about an increasing black market for homemade, military-style semi-automatic rifles and handguns. Ghost guns have increasingly turned up at crime scenes and in recent years have been turning up more and more when federal agents are purchasing guns in undercover operations from gang members and other criminals.

It is hard to say how many are circulating on the streets, in part because in many cases police departments don’t even contact the federal government about the guns because they can’t be traced.

Some states, like California, have enacted laws in recent years to require serial numbers be stamped on ghost guns.

The critical component in building an untraceable gun is what is known as the lower receiver, a part typically made of metal or polymer. An unfinished receiver — sometimes referred to as an “80-percent receiver” — can be legally bought online with no serial numbers or other markings on it, no license required.

A gunman who killed his wife and four others in Northern California in 2017 had been prohibited from owning firearms, but he built his own to skirt the court order before his rampage. And in 2019, a teenager used a homemade handgun to fatally shoot two classmates and wound three others at a school in suburban Los Angeles.