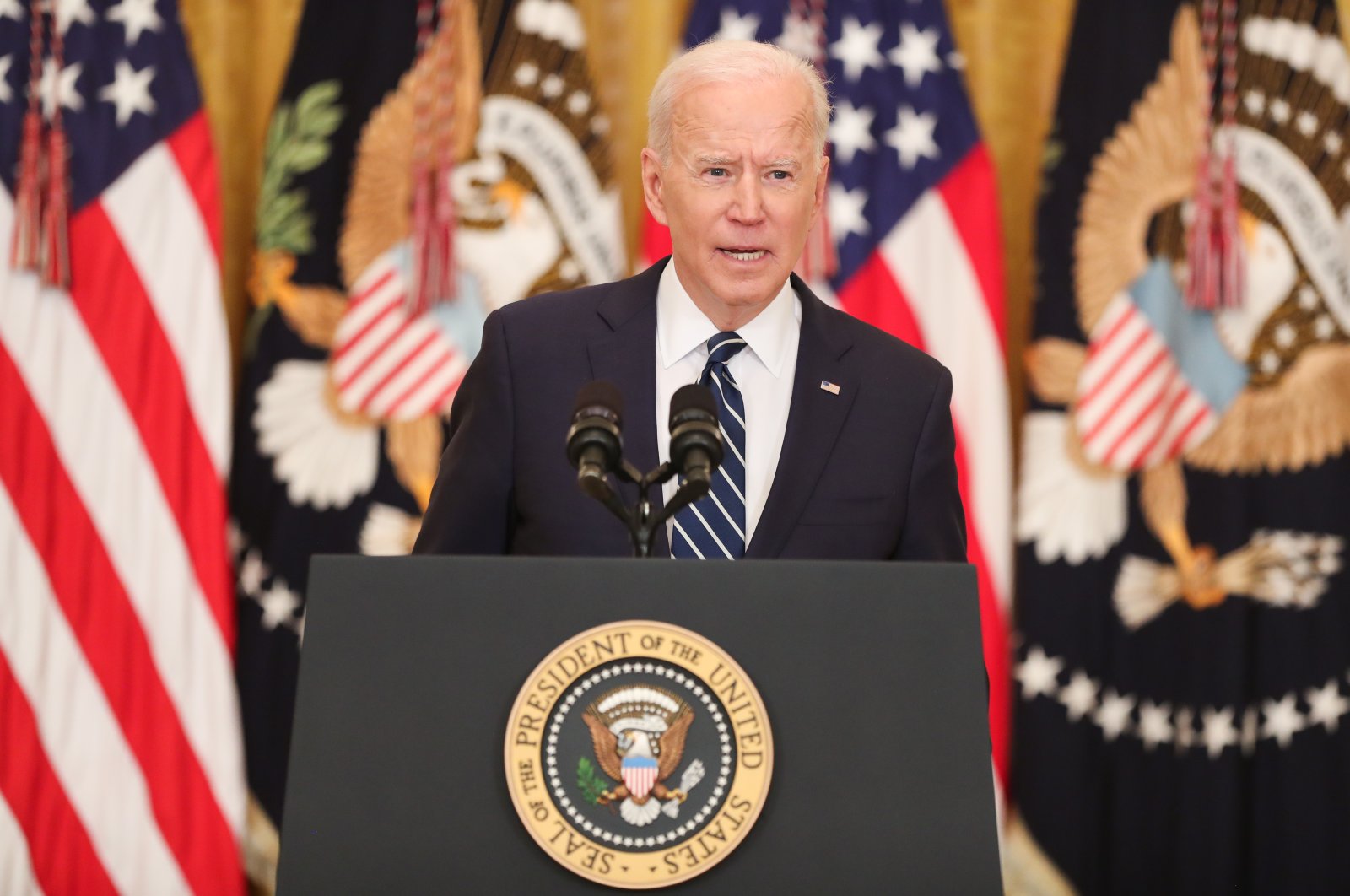 United States President Joe Biden held the first formal news conference of his presidency at the White House Thursday. During the news conference, he vowed to push China to play by international rules, criticized his Republican opponents, defended his policy to provide shelter to children crossing the U.S. border from Mexico and linked Russian President Vladimir Putin to Chinese leader Xi Jinping.

Amid the worst U.S.-Chinese relations in decades, Biden compared Chinese President Xi to Putin, calling them both supporters of autocracy. But he said the U.S. was not looking for confrontation with China over differences on trade, Beijing's rollback of democracy in Hong Kong, treatment of minority Uyghurs and their military buildup.

"He’s one of the guys, like Putin, who thinks that autocracy is the wave of the future, (and) democracy can’t function in an ever-complex world,” Biden said of Xi. "He doesn't have a democratic – with a small 'd' – bone in his body, but he's a smart, smart guy," Biden said of Xi.

He said he would insist the Chinese leader "play by the international rules, fair competition, fair practices, fair trade."

Biden also criticized Republican-backed voting restrictions laws introduced in many state legislatures, saying they were worse than "Jim Crow," referring to state and local laws that were put in place in the Southern states after the U.S. Civil War to legalize racial segregation.

Struggling to contain a surge in unaccompanied children seeking asylum at the U.S. southern border, Biden suggested his Republican critics who say his policies are at fault were inhumane. No previous administration had refused care and shelter to children coming over from Mexico, except that of Trump, Biden said.

Rather than leaving these children to "starve to death" at the border, Biden said his administration would care for them. "I’m not going to do it," Biden said, noting he had selected Kamala Harris to lead diplomatic efforts with Mexico, Honduras, Guatemala and El Salvador aimed at stemming the migration flow.

Biden faces opposition from congressional Republicans to his ambitious plans for what could end up being a $3 trillion plan for infrastructure and other priorities, and tax increases to pay for it. Biden said he believes the Democratic-controlled U.S. Senate should make it harder for Republicans to use a parliamentary blocking maneuver called the "filibuster" that requires 60 votes to advance most legislation in the 100-seat chamber, saying it is being abused. He called for a return to what is called the "talking filibuster” – a tradition from decades ago that required senators to occupy the floor and make their case against the legislation if they opposed it. Biden's own political future came up at the news conference.

At 78 years old, many political analysts believe Biden could decide to serve only one term. But asked whether he planned to run for reelection, he said he planned to do so, keeping Harris as his running mate. "My answer is yes, I plan to run for re-election. That’s my expectation," he said.

"I know it’s ambitious, twice our original goal, but no other country in the world has even come close," the Democratic president said. Biden backed away from a May 1 deadline to withdraw U.S. troops in Afghanistan after Trump tried but failed to pull them out before leaving office. "It's going to be hard to meet the May 1 deadline," said Biden. But he added, "We are not staying a long time" in Afghanistan, the site of America's longest war. He said he did not think the troops would still be there next year.

Biden read carefully from talking points in responding to a question about North Korea's missile launches, which have alarmed U.S. allies Japan and South Korea. "If they choose to escalate, we will respond accordingly," he said.

He said he was prepared for "some form of diplomacy" with North Korea "but it has to be conditioned upon the end result of denuclearization." Pyongyang wants the U.S. and other nations to ease economic sanctions imposed over its nuclear weapons program. U.S. officials have said they have tried to engage with North Korea diplomatically but received no response. Biden was repeatedly pressed to defend his migration policy along the U.S. border with Mexico.

He said many migrants were fleeing problems in their home countries and blamed Trump for dismantling parts of the U.S. immigration system. Most of Biden's predecessors had held their first news conference in their first two months in office, but the Democratic incumbent has so far only taken a few questions.