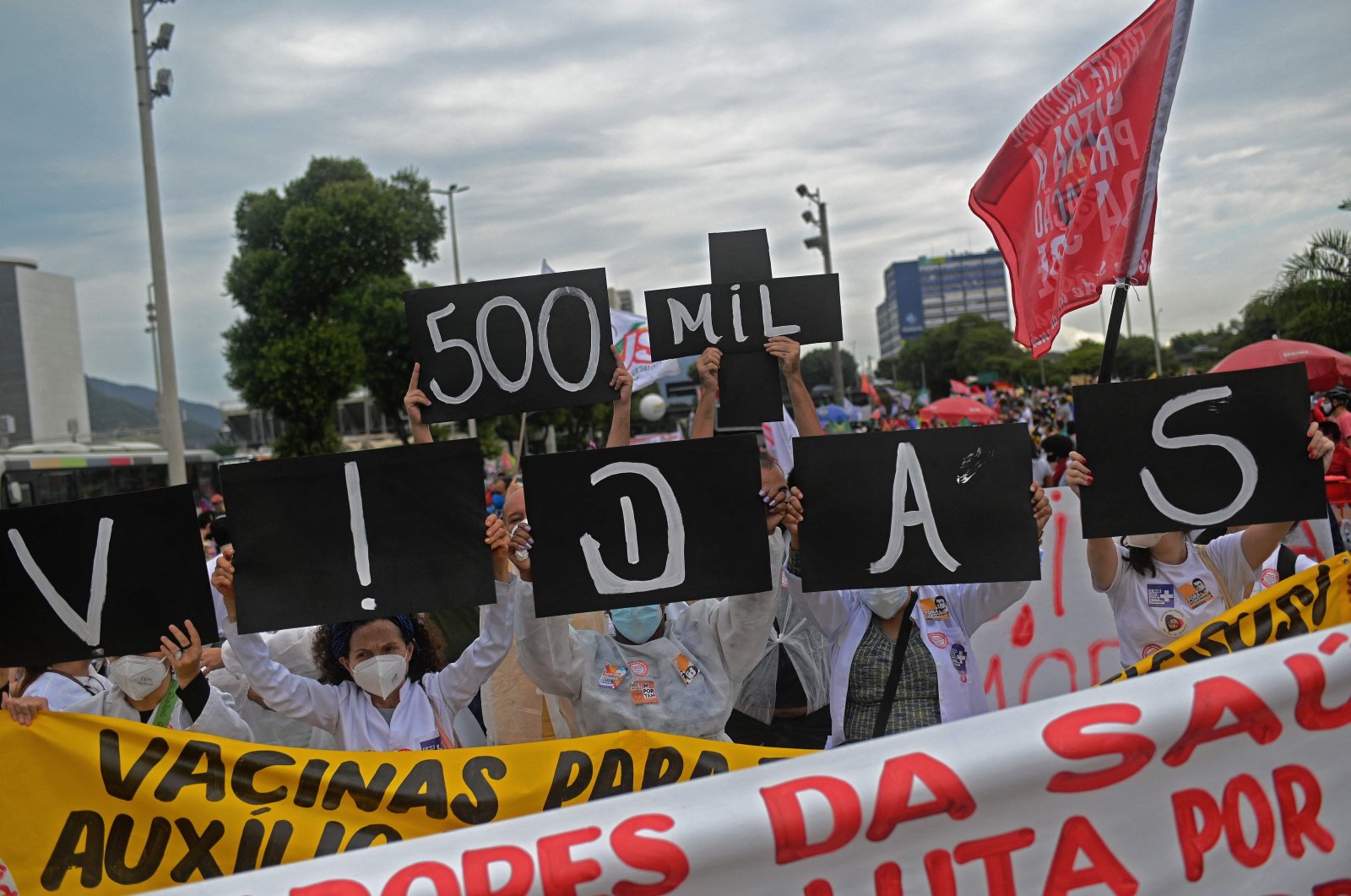 The grim situation in Brazil's tattering fight against COVID-19 pandemic took a new turn Saturday as the country, run by a coronavirus-skeptic president, recorded its death toll at half a million amid protests.

The nation of 210 million people has been reporting an average of more than 2,000 daily deaths in recent days. Brazil’s reported death toll is second only to that of the U.S., where the number of lives lost has topped 600,000.

"I am working tirelessly to vaccinate all Brazilians in the shortest time possible and change this scenario that has plagued us for over a year,” Queiroga tweeted.

Brazil is registering more than 70,000 confirmed coronavirus infections every day. Just 11.4% of the population has been fully vaccinated, according to the government.

Brazilian President Jair Bolsonaro has downplayed the coronavirus while trying to keep the economy humming. He dismissed the scourge early on as "a little flu” and has scorned masks. He recently also cast doubts on the effectiveness of vaccines to fight the pandemic.

While the Senate is investigating the government's management of the COVID-19 pandemic, thousands of people are participating in mass demonstrations against Bolsonaro, calling for him to be impeached, the acceleration of vaccination drive, and emergency economic aid.

People took to the streets of Brasilia and 14 other provincial capitals, also calling for more efforts against hunger, to protect the environment and indigenous rights. Brazil's largest broadcaster Globo reported that by early afternoon, protests had been held in at least 44 cities in 20 states.

While organizers promised the largest demonstrations yet in more than 300 cities, gatherings in Rio de Janeiro and Brasilia on Saturday morning did not appear to be larger than the last major protests on May 29.

They bring together left-wing political parties and social movements, raising criticism for putting the population at risk by enabling the increase in the spread of COVID-19.

The country has administered at least 85.39 million vaccine doses, according to Our World in Data, a tracking website. The number of COVID-19 cases is nearly 18 million.

The government faces fierce criticism for passing up earlier opportunities to buy vaccines. Pharmaceutical maker Pfizer said it got no response to early offers to sell vaccines to the government between August and November last year.

"We are protesting against the genocidal Bolsonaro government that did not buy vaccines and has done nothing to take care of its people in the last year," said 36-year-old Aline Rabelo, while protesting on the national mall in Brasilia.

Bolsonaro's press office did not immediately respond to request for comment. Only 11% of Brazilians are fully vaccinated and 29% have received a first dose, Health Ministry data shows.

Demonstrators widely alleged that the nearly 500,000 dead was a form of genocide carried out by the government on the Brazilian people, holding up signs demanding Bolsonaro be removed for office while chanting and beating drums.