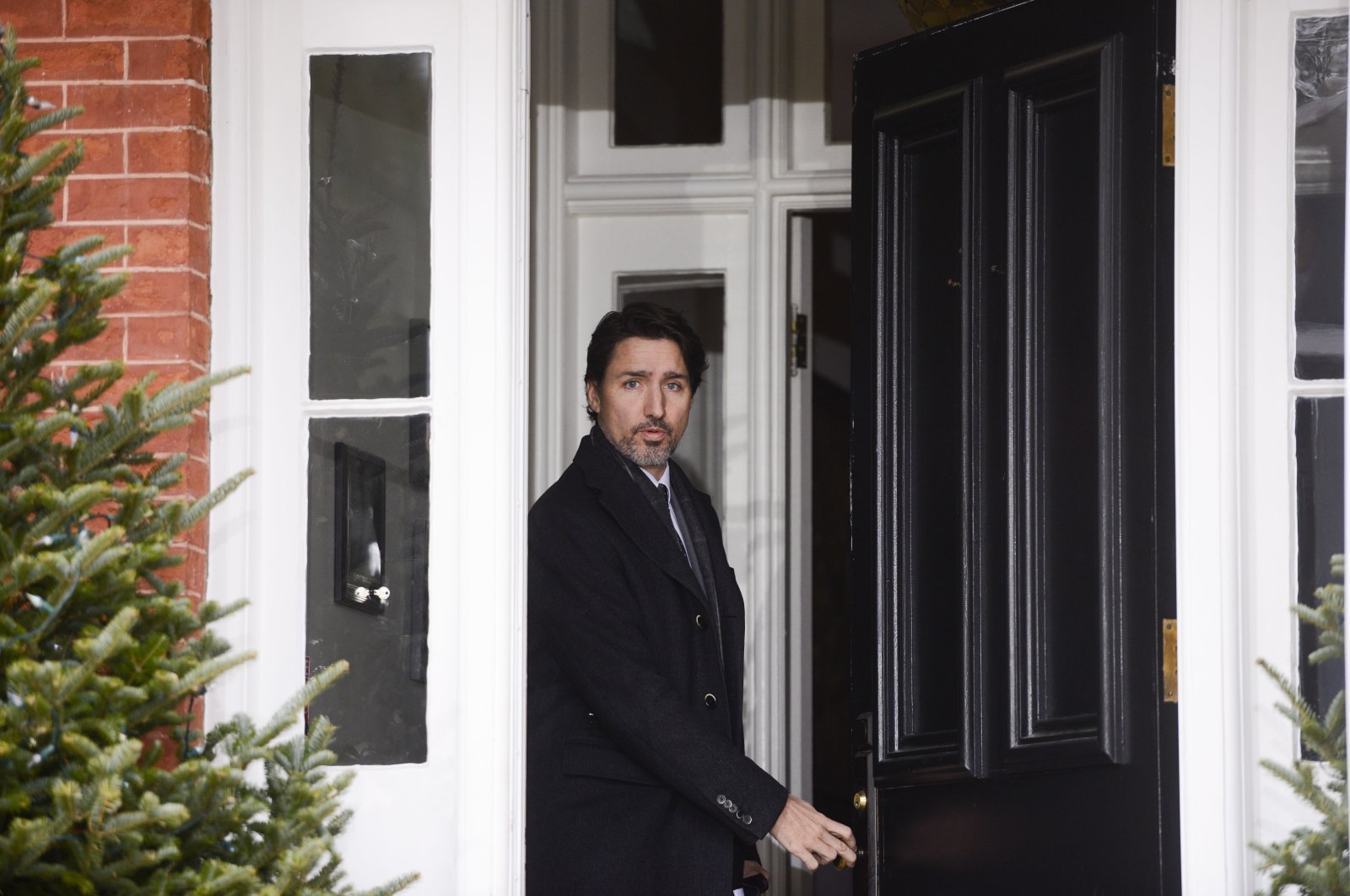 Prime Minister Justin Trudeau said Saturday that Canada won’t bring retaliatory or punitive measures against the United States after the Trump administration announced it would prevent the export of N95 protective masks.

President Trump said he would block shipments of the masks from the United States to ensure they are available in the U.S. for use during the coronavirus pandemic.

“We need the masks. We don’t want any other people getting it,” Trump said.

Trudeau said Canadian officials are having constructive conversations with U.S. authorities, and he planned to speak to Trump in the coming days. He said he would tell Trump that both countries are interlinked in ways that would hurt the nations if supply chains were cut.

“We are not looking at retaliatory measures or measures that are punitive, ” Trudeau said. “We know it is in both our countries interests to cooperate."

The prime minister noted Canada ships medical gloves and testing kits to the U.S and said materials from the N95 masks originate in Canada. Health workers in Canada rely on the masks, and Canadian nurses also cross the bridge from Windsor, Ontario, to work in the Detroit medical system every day, he said.

Manufacturing giant 3M says there are significant humanitarian implications of ceasing N95 masks to health care workers in Canada and Latin America, where 3M is a critical supplier of respirators.

“They can sell to others, but they should be taking care of our country,” Trump said. "3M has not treated our country well. And if they do, great. And if they don’t, they are going to have a hell of a price to pay.”

The company has argued that blocking exports will raise “significant humanitarian implications” abroad and lead other countries to retaliate by withholding much-needed medical supplies from the U.S.

The spat between the president and a leading American manufacturer started Thursday, after Trump used his authority under the 1950 Defense Production Act to direct the government to acquire the “appropriate” number of N95 respirators from Minnesota-based 3M and its subsidiaries.

The N95 masks, also called respirators, provide more protection against the virus that causes COVID-19 than do ordinary surgical masks. Hospital officials around the world have warned of a dire shortage of masks and other protective gear for health care workers treating infected patients.

3M said it has raised U.S. production of N95 masks from 22 million in January to 35 million in March, with the entire increase being distributed in the United States. It said 10 million N95 masks that it produced in China will be shipped to the U.S.

The company has traditionally exported about 6 million masks a month to Canada and Latin America, where 3M is a primary supplier.

Ontario Premier Doug Ford said he couldn't stress enough how disappointed he was in Trump for making the decision against America's neighbor and longstanding closet ally.

“It’s like one of your family members (says), ‘OK, you go starve and we’ll go feast on the rest of the meal.’ I’m just so disappointed right now,” Ford said Saturday.

Alberta Premier Jason Kenney didn’t hold back his outrage at Trump’s decision either.

“It reminds me of what happened in 1939 and 1940 when Canada was part of the fight against global fascism — the United States sat out the first two or three years and actually initially refused to even provide supplies to Canada and the United Kingdom that was leading the fight at the time,” Kenney said.

Canada has more than 12,924 confirmed coronavirus cases, including 214 deaths. Twenty-two of the deaths are linked to one nursing home in Ontario. Canada has conducted more than 309,000 tests.