Canadian mosques on heightened alert after Ontario break in 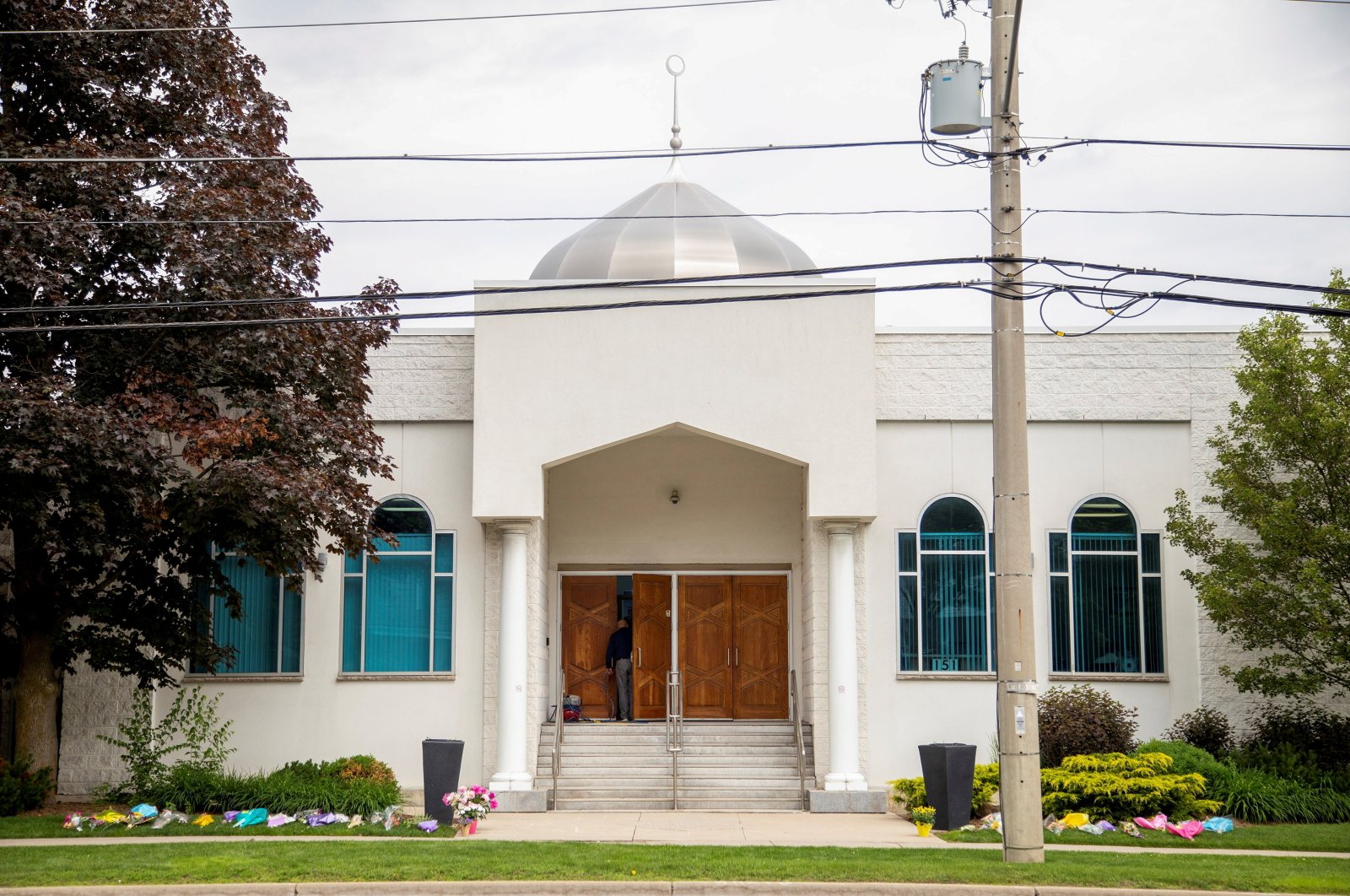 The London Muslim Mosque, which is located about 500 meters from where police arrested the suspect of a hate-motivated attack that killed four members of a Muslim family, in London, Ontario, Canada, June 8, 2021. (Reuters Photo)
by Anadolu Agency Jul 16, 2021 8:48 am
RECOMMENDED

Islamophobic attacks in Canada have intensified with the latest incident taking place in the country's most populous province of Ontario where a mosque was vandalized Wednesday.

Security has been tightened at mosques and prayer centers across Canada after the attack in Cambridge. The Baitul Kareem Mosque was broken into Wednesday and extensive damage was done, with Islamic literature also "tossed all over the room," Asif Khan, director of public relations for Ahmadiyya Muslim Jama'at Canada, said in an interview with the Canadian Broadcasting Corporation (CBC).

The organization also issued a statement Thursday calling the incident an "act of hate, with damages exceeding tens of thousands of dollars."

"We are deeply troubled to learn of this attack on the Baitul Kareem Mosque," Lal Khan Malik, the national president of Ahmadiyya Muslim Jama'at Canada, said in a release. "Our mosques have always served as symbols of peace in the community, and it is hurtful for us to see our mosque attacked and vandalized in this fashion."

The organization also tightened security at its mosques and prayer centers across Canada. Police went to the mosque shortly after 4 p.m. when an imam returned to the locked building and heard noises inside. The suspect or suspects had fled by the time police arrived.

"We don't know 100% for sure what the motivation was behind the people who did this, but needless to say, as you can see from around us here, there was an element of hate for sure," Maqbool Sheikh told the CBC as he stood inside the mosque. He is also a member of Ahmadiyya Muslim Jama'at Canada.

Ontario Premier Doug Ford addressed the incident at a media briefing Thursday, saying "there is no room for hate here" in Ontario.

If anything good came from the destruction, it was how others came by and offered support.

"We've had some great outreach by all of our neighbors and Canadians, people just dropping by today saying we heard about it, we support you and we agree with what they're telling us, which is that this is just an act of a minority but something we need to address," Sheikh said. It is thought the organization operates about 25 mosques in Canada.