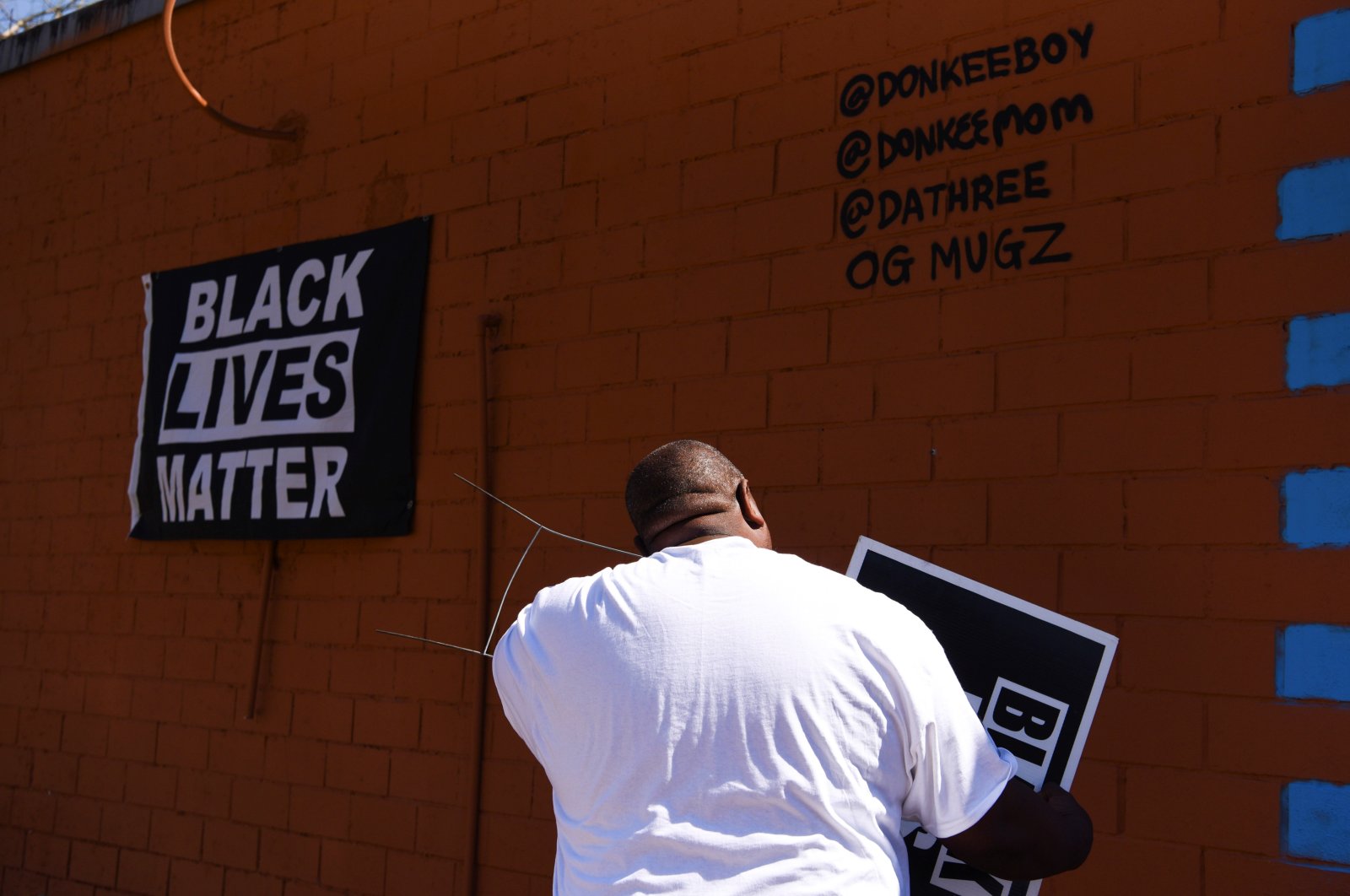 Travis Cains, who grew up in Cuney Homes with George Floyd, adjusts a Black Lives Matter sign in front of a mural of Floyd in the Third Ward ahead of the trial of the former Minneapolis cop Derek Chauvin in Houston, Texas, U.S., March 3, 2021. (Reuters Photo)
by French Press Agency - AFP Mar 12, 2021 10:24 pm
RECOMMENDED

The family of George Floyd, the Black man who died on May 25 on the street while being arrested by a white police officer in Minneapolis, has reached a $27 million settlement with the Minnesota city, lawyers for the family said Friday.

The settlement is the "largest pre-trial settlement in a civil rights wrongful death case in U.S. history," the family lawyers said in a statement.

Chauvin, 44, is charged with second-degree murder, which carries a sentence of up to 40 years in prison, and manslaughter. Earlier this month, the Minnesota Court of Appeals ordered the lower court to reconsider prosecutors' request to also reinstate a third charge, third-degree murder. It was unclear whether that order might delay proceedings.

The Minneapolis police officer was released from jail on a $1 million bond last October.

His lawyers have argued that Chauvin, who was fired from the police force the day after Floyd's death, correctly followed his training in helping colleagues arrest Floyd on suspicion of using a counterfeit $20 bill at the Cup Foods grocery store. A handcuffed Floyd can be seen in videos struggling against being placed in a police vehicle complaining he has claustrophobia.

The medical examiner ruled that Floyd's death was a homicide caused partly by police restraint holds. However, the autopsy report also noted that Floyd had recently ingested the opioid fentanyl, and Chauvin's lawyers contend that an overdose was the main cause of death.