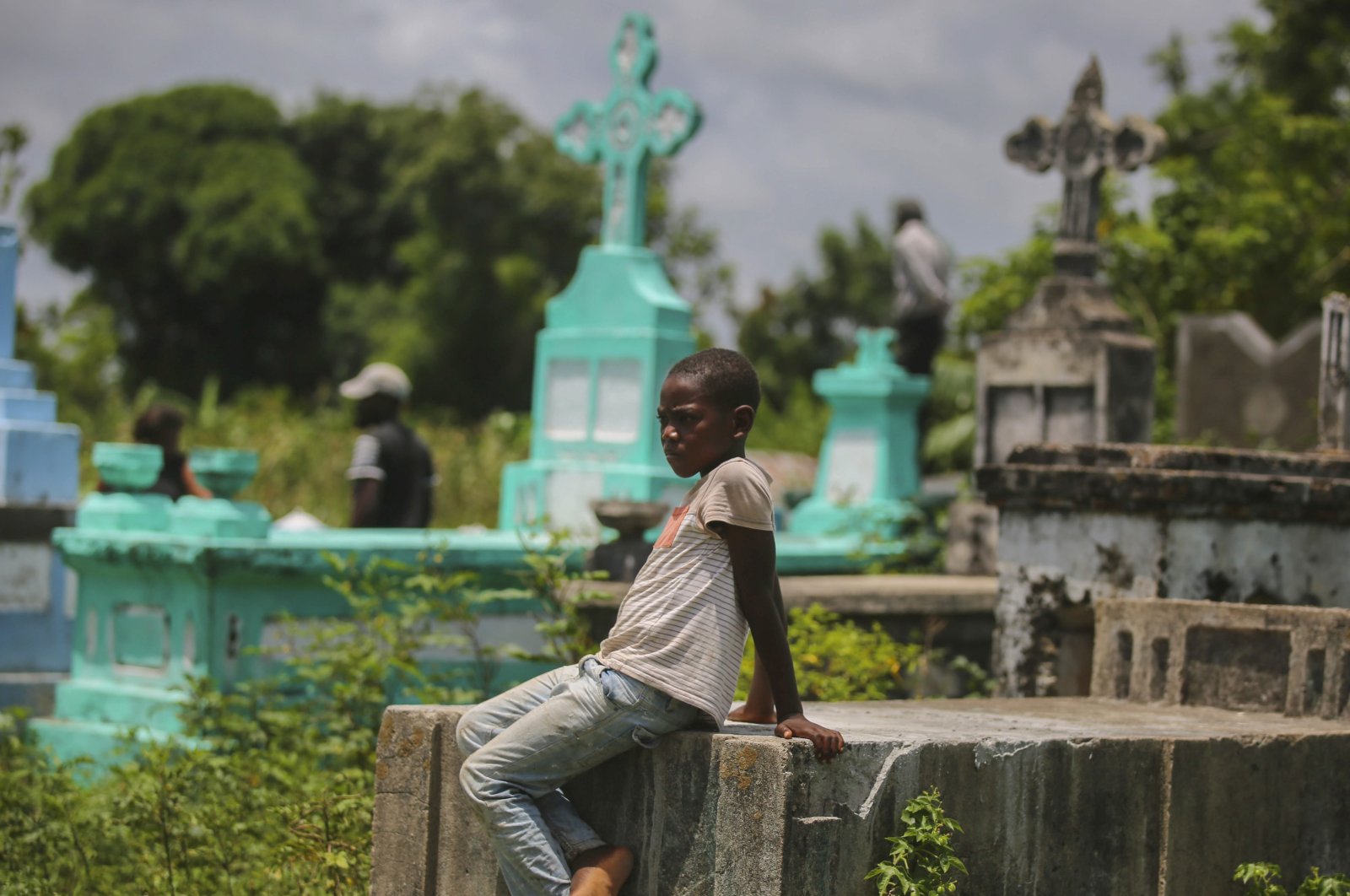 A relative attends the burial of Francois Elmay after his body was recovered from the rubble of a home destroyed by Saturday's 7.2 magnitude earthquake, in Tobek, Haiti, Aug. 18, 2021. (AP Photo/Joseph Odelyn)
by French Press Agency - AFP Aug 19, 2021 11:23 am
RECOMMENDED

The growing death toll from the magnitude 7.2 earthquake in Haiti stood at over 2,000 as of Wednesday, with thousands more left homeless. Relief workers warned of challenges to aid efforts five days after catastrophe struck in the Caribbean country.

The number of people killed in Saturday's devastating earthquake has risen by almost 250 to 2,189, the country's civil protection agency said.

"There are around 600,000 people who were directly affected and who need immediate humanitarian assistance," said Jerry Chandler, speaking from the emergency operations center in the capital Port-au-Prince.

"We had to find ways of ensuring security, which remains a significant challenge."

The quake also injured at least 12,268 people and damaged or destroyed tens of thousands of buildings in the Caribbean nation, which has still not recovered from the devastating earthquake of 2010.

On Tuesday, many Haitians left with no shelter by the magnitude 7.2 earthquake had to endure lashing winds and pouring rain as Tropical Storm Grace passed over the country.

Even before the powerful earthquake, Haiti, one of the world's poorest countries, was wracked by a mounting COVID-19 crisis and political chaos that culminated last month with the assassination of President Jovenel Moise.

And while gang violence plagued the poverty-stricken neighborhood of Martissant near the capital in weeks since early June, that threat appears to have diminished for now with an informal truce in place, easing fears that gun violence could impact the flow of convoys out of Port-au-Prince.

"Sometimes we've been confronted by frustrated and impatient people, who have caused problems and blocked our convoys," Chandler said.

The government has declared a monthlong state of emergency in the four provinces impacted by the latest quake.

In the hard-to-reach area of Maniche some 120 miles (about 193 kilometers) from the capital, residents are still waiting for aid.

"The institutions we used to have ... are in ruins," local resident Rose Hurguelle Point du Jour said, adding that the church, parish and clinic have all been totally destroyed.

Another resident, Geordany Bellevue, fears for people living in remote and landlocked parts of Maniche.

"There were a lot of mudslides in the mountains that injured and killed a lot of people. Some are missing and we don't have the means to go find them," the 32-year-old said.

"It was already hard to get aid here in the center of Maniche, so when it comes, it never reaches the disaster victims in the remote areas."

Meanwhile, the United States Agency for International Development (USAID) aid organization, which has been leading U.S. relief efforts, said in a statement on Wednesday that "many roads remain impassable in some areas."

The agency added that it and its partners have relied on air and sea routes to reach some victims, including supporting the World Food Programme's barge service "to deliver relief supplies and personnel to southwestern Haiti."