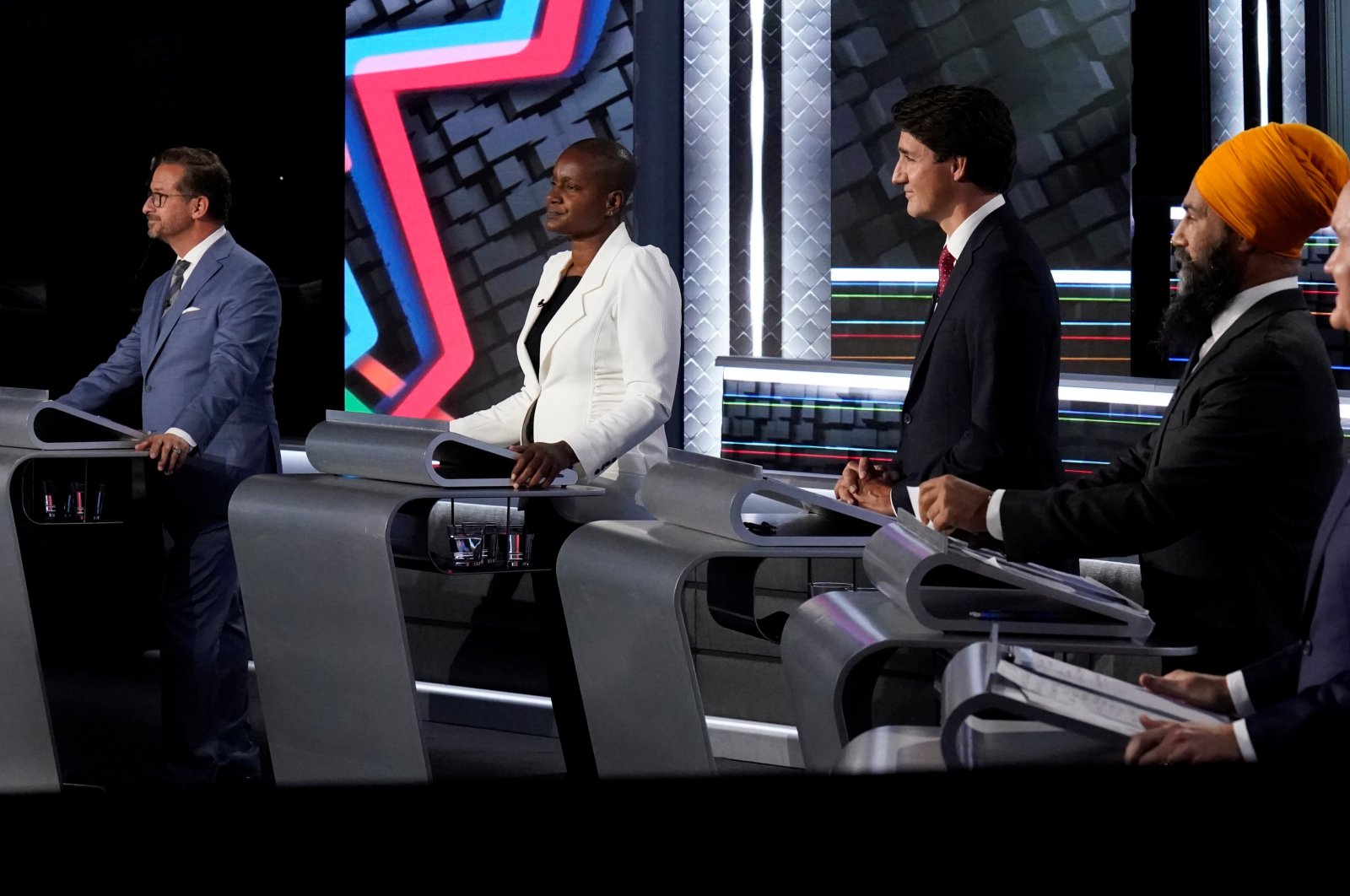 Canadian Prime Minister Justin Trudeau came under pressure on Thursday in the last televised debate of top candidates before parliamentary elections. His Conservative Party opponent Erin O'Toole criticized Trudeau for his decision to call an early election despite the crisis in Afghanistan and the current coronavirus pandemic.

"You called an election, so you put your own political interests ahead of the well being of thousands of people. Leadership is about putting others first, not yourself," he said, according to remarks carried by the Deutsche Presse-Agentur (dpa).

The leader of the New Democratic Party (NDP), Jagmeet Singh, agreed. Trudeau defended his Afghanistan policy and praised the work of Canadian security forces to evacuate thousands of people from Kabul. As in other NATO nations, the withdrawal of foreign troops from Afghanistan and its disastrous consequences has sparked fierce criticism.

Trudeau, facing potential defeat in a Sept. 20 election, used a key leaders' debate to take aim at his main rival, portraying him as weak and ineffective. Polls show O'Toole's Conservative Party has a chance of winning the election and ending six years of Liberal rule. Trudeau called the vote two years early as a referendum on his handling of the COVID-19 pandemic. Trudeau, sometimes looking agitated, rounded several times on O'Toole, who has had trouble making himself known to Canadians since taking over his party a year ago.

According to Reuters, O'Toole says he will offer serious leadership to clean up after what he calls a corrupt, incompetent and spendthrift Trudeau government. Trudeau accuses O'Toole of harboring an extremist agenda and not being serious on topics such as climate change. Trudeau also favors mandates to ensure people are inoculated against COVID-19, a move O'Toole says goes too far.

"The problem with Mr. O'Toole and his principles is, he says all the right-sounding things and he's working on reassuring everyone that he's right there as a strong leader, but he can't convince his candidates to get vaccinated," said Trudeau. Polls show O'Toole with a slight lead amid voter unhappiness with Trudeau's decision to call the election early.

Nearly 38 million people will go to the polls in Canada on Sept. 20 to vote for a new government. Trudeau, who has been in charge since 2015 and has led a minority government since 2019, called the elections several weeks ago. Critics accuse him of unnecessarily bringing people to the polls during the coronavirus crisis in a bid to reclaim a majority in Parliament. It is a close race between Trudeau and his main rival O'Toole.

Though O'Toole is polling ahead in some surveys in terms of absolute votes, most opinion polls put Trudeau's Liberal Party ahead in terms of parliamentary seats. This is due to the 338 electoral districts, whose mandates are distributed according to the absolute majority principle. This means only a few dozens contested districts will be decisive – similar to the so-called swing states in the U.S.

In the 2019 election, Trudeau's Liberals netted 157 seats, and the Conservatives 121. With 10 days to go, no party appeared set to achieve an absolute majority of 170 seats in Parliament. Canada tends to form minority governments rather than coalitions in such cases.