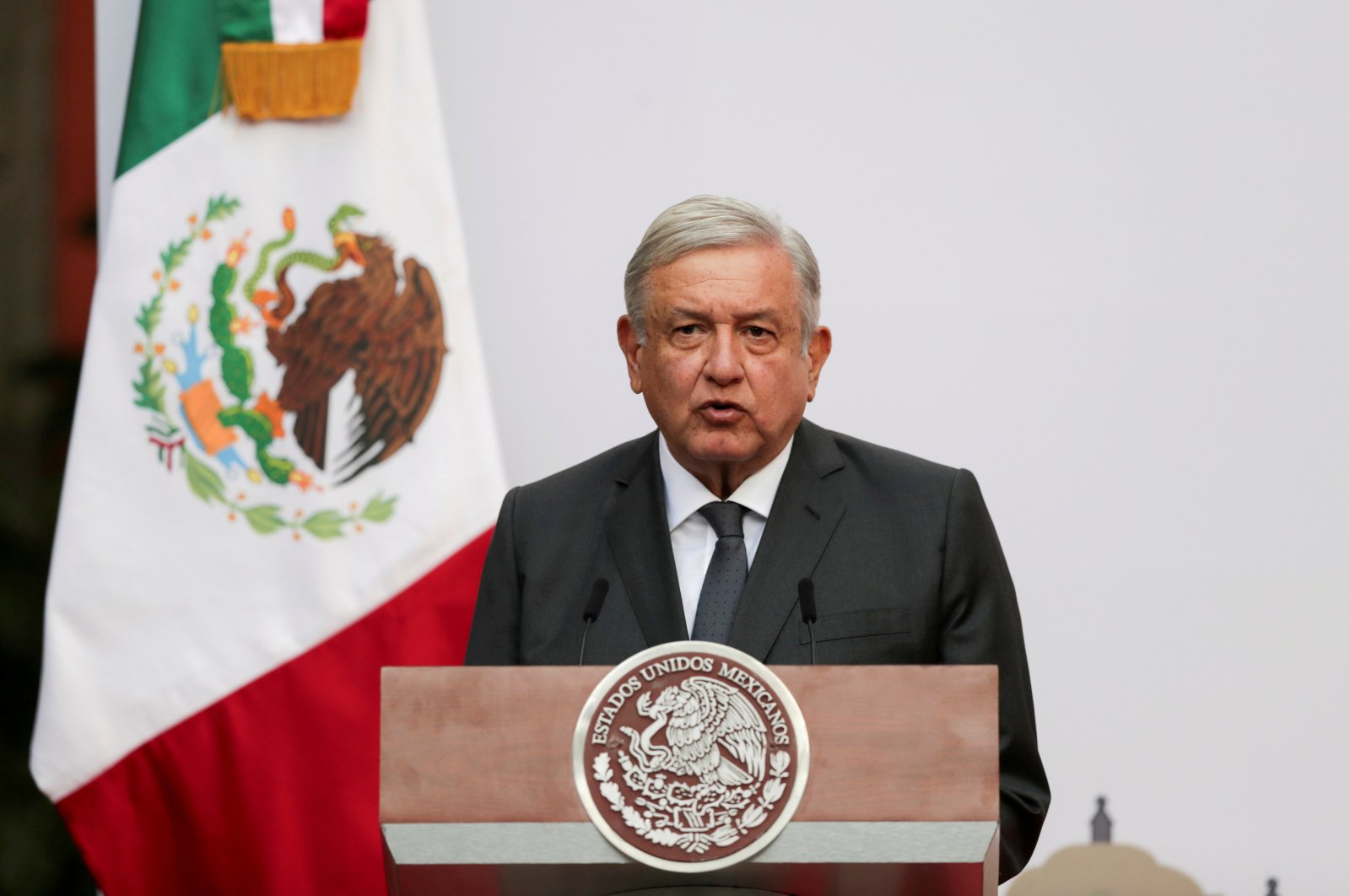 Mexican President Andres Manuel Lopez Obrador continues to run the country despite having tested positive for COVID-19, his government said on Monday, as news of the infection threatens to undermine the towering role he has taken in public life.

The 67-year-old Lopez Obrador, who has a history of heart problems and high blood pressure, said on Sunday evening he was being treated for mild symptoms of COVID-19.

Subbing in for him at a regular daily news conference on Monday, Interior Minister Olga Sanchez said the president is feeling well and remains firmly in charge of the government.

"He will recover soon," she said.

Although Lopez Obrador has vowed to keep working, he said, for now, he would step back from the 7 a.m. news conferences that have dominated political life since he took office in December 2018.

Jose Luis Alomia Zegarra, a senior health ministry official, told reporters at a news briefing Sunday evening that doctors were monitoring the president continuously "in case there is a sign of alarm that could lead to hospitalization."

Anybody with Lopez Obrador's health profile would be closely watched, including "regular monitoring of the vital signs, of oxygenation," Alomia added, in response to questions about the president's past heart problems and high blood pressure.

Mexican president, who was a heavy smoker until he suffered a serious heart attack in 2013, made his diagnosis public at the end of Mexico's deadliest week in the pandemic, leaving it with the fourth-highest global tally of infections.

He said he still planned to take a telephone call with Russian President Vladimir Putin on Monday to discuss the possible acquisition of Russia's Sputnik V coronavirus vaccine.

Health ministry officials said tracing of Lopez Obrador's recent contacts has started. Several of his close aides have had the virus and the president has always insisted that he is in good health.

Lopez Obrador quit smoking after his 2013 heart attack and says he has taken good care of himself since.

Despite his surging popularity during the pandemic, his management of the crisis has drawn heavy criticism from political adversaries, who say he has too often downplayed it, taking inadequate steps to combat it. Lopez Obrador's two immediate predecessors, Enrique Pena Nieto and Felipe Calderon, wished him a quick recovery, but the previous incumbent, Vicente Fox, sent out Twitter messages critical of the government's handling of the pandemic.

The president has used his morning news conferences to paint all three men as part of a system of deeply-entrenched political graft he blames for violence, poverty and lackluster economic growth.